Yaka and the Old Boys 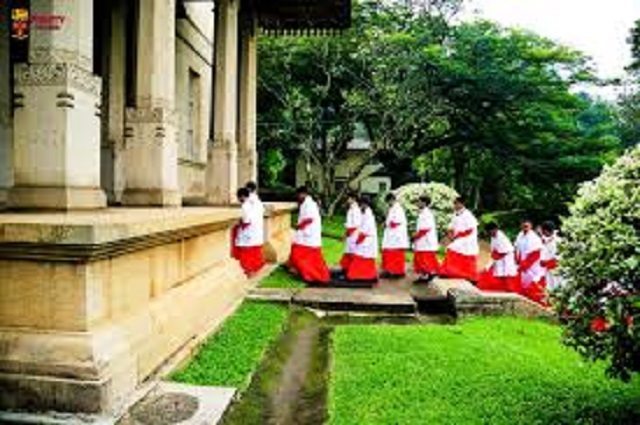 The English love caning the bottoms of young schoolboys. There’s joyous penchant among celebrated intellectuals for promoting corporal and capital punishment and ‘extreme sports’ on the ‘natives.’ All bring back violent memories of upcountry boarding schooldays to a friend – let’s call him Yakish.

Three days after joining an over-celebrated missionary school, Yakish was among three new boys chosen for a public caning by headmaster Mr. Quicky (names are changed to protect the guilty). No reasons given. The prepubescent boys, bent over in their navy blue short shorts, saw the cane fondling in Mr. Quicky’s eager sweaty hands, but only felt its fall, singeing their lower cheeks above their exposed thighs. The other 99 children witnessed: 9 ‘cuts’ in all.

It was collective punishment to instill fear in all the boys about what could befall them. Yet such presumably random acts just ain’t so. The caned boys had no influential merchant, feudal or planter fathers to protect their butts.

That year was 1964, ‘the natives’ were more than ‘restless.’ The major Left parties had united a year before. The attempted coup d’etat two years previous was another wish to prevent the inevitable: rule by a non-Anglomanic majority.

When glimpsing the honor rolls in certain ‘excluding’ Kolamba clubs, that ‘row’ or ‘swim,’ notice that ‘native’ names start appearing after 1956 and cascade after 1963. An alien ruling class had to admit some yakos as shields, even while preparing to massacre the rest. That’s how our nobody Yakish joined such a so-called elite school.

Our Yakish was soon chosen again for a caning. This time by the white principal, Mr. One-On, for failing to parse some Latin. Again, it was clear why he was chosen. It could have been any of the other 40 boys conjugating Ammo-Amass-Amutt or declining Mensa-Mensae-MensAsses.

Yakish has a big mouth and should have known better. He was an orphan of sorts. This time he found himself alone in a shaded office with no open windows, sticking his buttocks out, clutching the big man’s desk. Before him a wall-full of dour black-and-white photographs of distinguished white ‘disciplinarians’ past, who in their own moments of sadomasochistic ecstasy had visited sore trespass on the rumps of little boys of yore in that dim office. (His enduring memory of Mr. One-On is not the man but his sickly pale wife who restricted herself to having boys memorize the unreal shmaltz of that opium-eater Elizabeth Barrett-Browning: “How do I love thee? Let me count the ways.”)

Literati and officials claim such instances are exceptionally ‘funny’ in a society that enforces compulsory heterosexuality. Yet many boys and teachers in such English-based institutions are an honored part of an un-broadcast culture of homoeroticism. Why do teachers remain in such schools? What to do with gender-segregated children in their blossoming pubescence, who need know about their bodies? Such awakening knowledge meets silence, and signals the psychological divide from families, binding them as old boys to old institutions, but not as new men to a better society.

The Greek philosophy of “Girls are for babies and boys are for fun,” is not limited to the singularly unhappy bunis-boys and hopper-girls of the corporate novel. A closeted sexuality of a sadistic hue pervades most gender-segregated societies in this world – in such institutions of education or organized sports, clergy, army, police, prisons or upper corporate boardrooms and public offices. An unwritten, unspoken glue bonds together the organizers of certain vertical networks, much like Masons or Jesuits, Anglicans or Jews, and other money sects parading as religious groups (of which we have many), even as they advertize an idealistic heterosexuality of ‘family values.’

Agents arrange ‘Marriages Blanc’ for leading obviously-gay movie stars for there is gold in such market-conjugation. Think of queenly Prince Charles, post-murder, and post-Diana stand-in. Ponder loveless political leaders, more keen on mating rubber with tea. Think of many anti-gay politicians or fire-and-brimstone spouting evangelicals caught flagrante with their cassocks up, only exposed for overreaching some class boundary.

Recall when that constipated Queen’s Commonwealth threatened to parachute ‘gay rights’ into its former colonies via the cockpits of a NATO bomber. That Hanoverian necromancer (celebrated by a presumably anti-monarchical Hollywood, who also added terrorist Thatcher to their sphincter-twitching adulation) has never ever had any sexuality. Such diktats reinforce absurd notions that homo practices were somehow invented by white conquistadors, missionaries and insecure civil servants such as Leonard Woolf.

In the heavenly realms of our deities, yaka into yakini, goddesses turn into gods, and versa vice! Not limited by epidermis and organs, our divines switch genders, departmental duties and clothes within and across heavenly borders. Male all-compassionate Avalokitesvara in India becomes the female goddess of mercy Guanyin in China. Yet us humans are more advanced than gods, with our mortal appendages. Our omnisexuality is as polymorphous and profound as our raging flora and fauna, fidgety birds and bees, and array of trees with their assorted fruits and, yes, nuts.

Yakish is not for or against corporal or capital punishment. Who should be punished is always the question. Imperialist hypocrites preach non-violence, etc., overprescribe drugs like mind-controlling Ritalin to ‘overactive’ children, invade overly aware countries with impunity. Unless teachers obtain better working conditions, they see no option but to use violence, delivering straitened children to bureaucratic-military organs. Violence is what capitalist states are all about, enforcing uniform hierarchies of wages and prices.

Yakish spent many scholarly years avoiding teachers who threatened to kanay or thrash him. A few years after Principal One-On, he was again caned 6 cuts! For penning a letter, not for himself, to the headmaster’s niece. She was the only eligible female around for miles. A frustrated composer of beautiful songs, this headmaster, after promoting such repressive values, later abandoned his wife and 10 children for a white missionary teacher, who some say left him in London for another of the same sex.