Will ‘Citizens Vs judiciary’ be given ‘Leave to Proceed’? 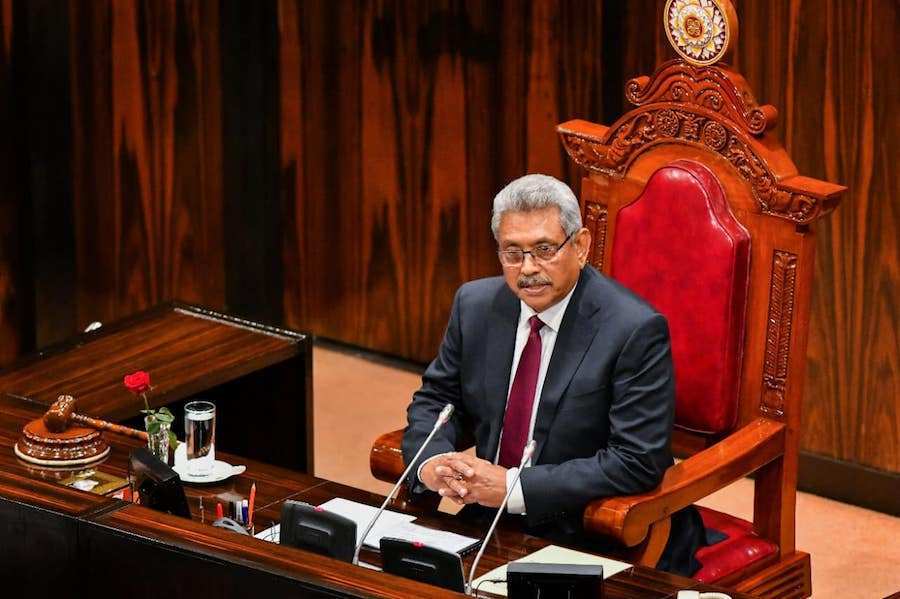 It’s a mischievous headline, admittedly. Citizens are not taking the judges to court. And, even if that happened, the simple matter of interest-conflict would force all judges in all courts to recuse themselves from entertaining such a petition.

We don’t have a perfect judicial system. Neither is it as horrendous as some have claimed it to be. Those in the legal profession, the judges themselves and citizens from all walks of life, however, would not doubt unanimously claim that improvements are in order.

Now ‘The Ills of the Judiciary in Sri Lanka’ could be the title of a doctoral dissertation. A capture-all comment is impossible. We can but flag certain (and not all) issues that require urgent attention from relevant authorities.

We can talk about the entire process of appointments and promotions. We can talk about the way political loyalists are promoted or shifted from the AG’s Department to either the Court of Appeal, Supreme Court. We can lament the fact that the 20th Amendment removed the ‘say’ of civil society via the Constitutional Council. We can lament that the 19th, which instituted the Constitutional Council couldn’t stop loyalists being favoured and the fact that the CC and the so-called independent institutions in fact colluded with the regime in appointing such people. One could argue that this allowed excellent students of the law to bring that expertise into judicial deliberation. But it is also true that this doesn’t stop the judicial equivalents of Professor James Moriarty (the arch-enemy of the fictional detective Sherlock Holmes upon whom the author conferred a mind equal to or even better than that of his hero) holding the post of Chief Justice. The AG’s office as half-way-house for a judicial career is wrong. This too can be discussed.

We can applaud President Gotabaya Rajapaksa for doing what the Constitutional Council and the Yahapalanists were loath to do — recommending the senior most judges for promotion to the Supreme Court. We can celebrate this as a good precedent which makes it harder for his successors to do what the Yahapalanists did. We can however offer caution: it is always worrisome when such things are dependent on the wisdom of the ruler, for we’ve had all kinds of executive presidents whose CVs we needn’t unfold here to prove the folly of sanctioning such discretion.

We can resurrect President Rajapaksa’s ‘One Country, One Law’ rhetoric as well as the notion of ‘Inclusive Nationalism,’ and ask what’s being done on this. We can bring up, in this context, the Muslim Marriage and Divorce Act (MMDA) and ask Justice Minister what’s stopping him from amending/repealing it in line with party rhetoric.

We can discuss the merits and demerits of adversarial and inquisitorial systems of justice, about which the following observation was made two years ago in this column:  ‘The former is we have, whereas the latter was what we had. Both target justice but whereas one does not care of social fallout, the other does. The argument for retaining the current system is essentially a product of conservatism and sloth, not to mention the fact that it is remunerative to the key stakeholders in the system. So we have come to this: this is what we have and this is what we will always have; we could only, at best, tweak things a bit.  Are we that poor, though? That’s a question that needs to be addressed.’

And we can and must talk of delays. There are obviously many other categories of infringement. They are different from one to the other, even within categories. One commonality is delay. Inordinate delays is so common that the entire system and the process can on this point alone be described as designed to make mockery of the adage ‘justice delayed is justice denied.’

The salaries of judges were raised a couple of years ago, in some cases to the tune of a 250% increase. Perhaps this was an incentive to get things moving. However, delays remain, land cases for example taking on average over 30 years. Court vacations (originally declared to allow British judges to go home to see their families) are a part of the problem, but that’s only part of the story. We can get rid of the colonial remnant and still have delays.
On Tuesday (November 24, 2020), the Batticaloa Magistrate granted bail to former Eastern Province Chief Minister Sivanesathurai Chandrakanthan alias Pilleyan who was arrested five years ago (October 11, 2015) over a charge alleging involvement in the murder of Batticaloa District TNA parliamentarian Joseph Pararajasingham. No trial. This is also true of suspected LTTE cadres.

They are/were held under the Prevention of Terrorism Act (PTA). If one abided by the adage ‘innocent until proven guilty,’ these people have to considered innocent. It is prudent to err on the side of caution in the case of suspected terrorists, but that is not a license for indefinite detention. What if courts rule one day that such an individual was in fact innocent? That’s years of a life being robbed. You cannot put a rupee-value on lost years, not to mention the trauma of years of suspicion and abuse by irresponsible sections of the media which confuse allegations with guilt.

Take the case of Hejaaz Hizbullah, arrested on April 14, 2020 on the basis of phone calls made to Inshaf Ahamed, the suicide bomber who attacked the Cinnamon Grand Hotel on Easter Sunday 2019. Hizbullah was the lawyer representing Ahamed’s family in a couple of cases and claims that he has had conversations with Ahamed in relation to litigation over a land issue. That’s association, but essentially a non-sequitur. For the record, even Justice Minister Ali Sabry has represented the same family. It simply ‘does not necessarily follow.’ Reason enough, given the enormity of the crime, for caution, but not an excuse for sloth in the judicial process.

Hizbullah’s case is not being helped by NGO hordes who, finding themselves in reduced circumstances after the defeat of the Yahapalana regime, have to badmouth the regime at every turn to buttress its tall tales of dictatorship, majoritarianism and rights violation. They’ve done the accusation=guilt number long enough and now find themselves on the flip side of that story. It simply rubs people the wrong way. On the other hand, the President, who claims he’s not just another politician, should not allow such things to color reason. He should realize that this is in fact the flip side of the NGO number referred to above. Use when convenient, decry when not is not good politics and Gotabaya Rajapaksa would do well to do a think on this.

I presume Hejaaz Hizbullah to be innocent. I would not be happy if indeed he is innocent and several years of his life is robbed on account of ‘suspicion’ and/or consideration of political expediency. It has happened before, it can be argued it is happening even now and it could happen in the future too. That’s ‘precedent’ and no citizen is immune to what could amount to persecution. If he is guilty, the court must determine so. Court could go soft on the sloth of prosecutors, but that would detract from the citizens’ confidence in the judiciary to be fair in the affirmation of justice.

Appointments, promotions, constitutional reform that corrects systemic error and accommodates promises voted for, fair and reasonably fast determinations need to be addressed. Citizens vs Judicial system is not a case that can be filed in any court. However, the title alludes to the fact that systems are at odds with citizens.