Why so many children died at Indian Residential Schools 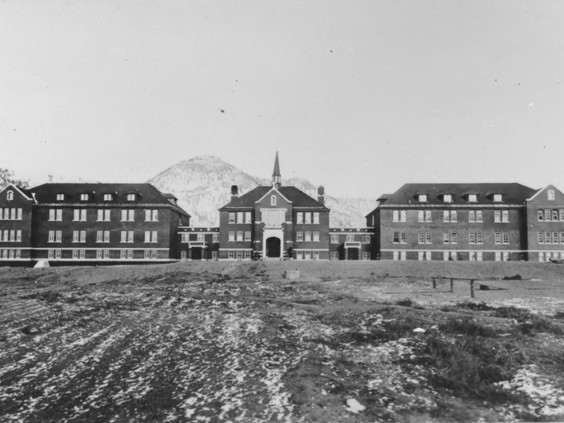 At some schools, annual death rates were as high as one in 20

This week saw the discovery of something outside Kamloops, B.C., rarely seen in North America, much less in any corner of the developed world: Unmarked and previously forgotten graves, all belonging to children who died at the Kamloops Indian Residential School.

In a Thursday statement, Chief Rosanne Casimir of the Tk’emlups te Secwepemc First Nation said that a preliminary survey using ground penetrating radar had found evidence of 215 graves. Opened in 1893, Kamloops Indian Residential School had once been the largest residential school in Canada. The National Centre for Truth and Reconciliation has officially confirmed 51 deaths at the school, but the radar survey points to a mass of previously unrecorded fatalities.

Casimir called the discovery an “unthinkable loss that was spoken about but never documented at the Kamloops Indian Residential School,” adding that her nation is now working with the Royal B.C. Museum to seek out records of the 215.

As a child, Chief Harvey McLeod of the Upper Nicola Band attended Kamloops Indian Residential School stud. He told CTV this week that when schoolmates disappeared, they were simply never spoken of again. “I just remember that they were here one day and they were gone the next,” he said.

One of the most painful tasks of Canada’s seven-year Truth and Reconciliation Commission was an attempt to quantify the sheer number of Indigenous children who died at an Indian Residential School.

The commission ultimately determined that at least 3,200 children died while a student at a Residential School; one in every 50 students enrolled during the program’s nearly 120-year existence. That’s a death rate comparable to the number of Canadian POWs who died in the custody of Nazi Germany during the Second World War.

The result is that many of Canada’s most notorious residential schools sit amid sprawling cemeteries of unmarked children’s graves.

The Battleford Industrial School in Saskatchewan has 72 graves that lay forgotten until rediscovered by archaeology students in the 1970s. In 2001, heavy rains outside High River, Alta., exposed the coffins of 34 children who had died at nearby Dunbow Residential School. In 2019, archaeologists using ground-penetrating radar found the crudely dug graves of as many as 15 children surrounding the former site of Saskatchewan’s Muskowekwan Residential School.

But a true figure will never be known for the simple fact that death records – if they were kept at all – were often lacking even basic personal information. “In many cases, school principals simply reported on the number of children who had died in a school, with few or no supporting details,” reads the final report of the Truth and Reconciliation Commission.

One third of children who died at a residential school did not have their names recorded by school administrators. One quarter were marked as deceased without even their gender being noted. Among the 2,800 names on the official memorial register are children known to recorded history only as “Alice,” “Mckay” or “Elsie.”

Bodies of children were not returned to families, and parents rarely learned the circumstances of a child’s death. Often, the only death notification would be to send the child’s name to the Indian Agent at his or her home community.

“It’s staggering to think that families would not have known what happened to a child that was sent off to the residential schools,” Ontario Chief Coroner Andrew McCallum said in 2012 as his office began an inquest into unrecorded residential school deaths.

In 1938, after one mother near Cornwall, Ont., learned of her son’s death at residential school due to meningitis, she was denied a request to return his body home for burial. “It is not the practice of the Department to send bodies of Indians by rail excepting under very exceptional circumstances,” read a response from the Department of Indian Affairs, adding that it was “an expenditure which the Department does not feel warranted in authorizing.”

The main killer was disease, particularly tuberculosis. Given their cramped conditions and negligent health practices, residential schools were hotbeds for the spread of TB.

But despite occasional efforts at reform, even as late as the 1940s the death rates within residential schools were up to five times higher than among Canadian children as a whole.

The deadly reputations of residential schools were well-known to officials at the time. Kuper Island Residential School, located near Chemainus, B.C., saw the deaths of nearly one third of its student population in the years following its opening in 1889. “The Indians are inclined to boycott this school on account of so many deaths,” wrote a school inspector in 1922.

Exacerbating the death rate was the absence of even the most rudimentary medical care. Survivors described classmates becoming increasingly listless with TB until they were quietly removed by authorities.

James Gladstone, who would later become the first Status Indian appointed to the Senate of Canada, in his memoirs described a fellow student who died after school administrators failed to find him medical care for stepping on a nail. “I looked after Joe for two days until he died. I was the only one he would listen to during his delirium,” wrote Gladstone.

Accidents were the next big killer. Firetrap construction and the non-existence of basic safety standards frequently hit residential schools with mass-casualty incidents that, in any other context, would have been national news. A 1927 fire at Saskatchewan’s Beauval Indian Residential School killed 19 students. Only three years after that, 12 students died in a fire at Cross Lake Indian Residential School in Manitoba.

Despite this, “for much of their history, Canadian residential schools operated beyond the reach of fire regulations,” wrote the final report of the Truth and Reconciliation Commission.

But probably the most resonant of residential school deaths was the number of children who froze or drowned while attempting to run away. Several dozen children would die this way, with schools routinely making no attempt to find them and failing to report their disappearances for days.

One particularly notorious incident occurred on New Year’s Day, 1937, when a group of four boys ranging in age from 7 to 9 ran away from Fraser Lake Indian Residential School intending to reunite with their families at the Naldeh reserve seven miles away.

The school didn’t bother to assemble a search party until the boys had been missing for more than 24 hours. When they did, they found all four frozen to death less than a mile from home.