Why it’s best to ignore the doomsayers 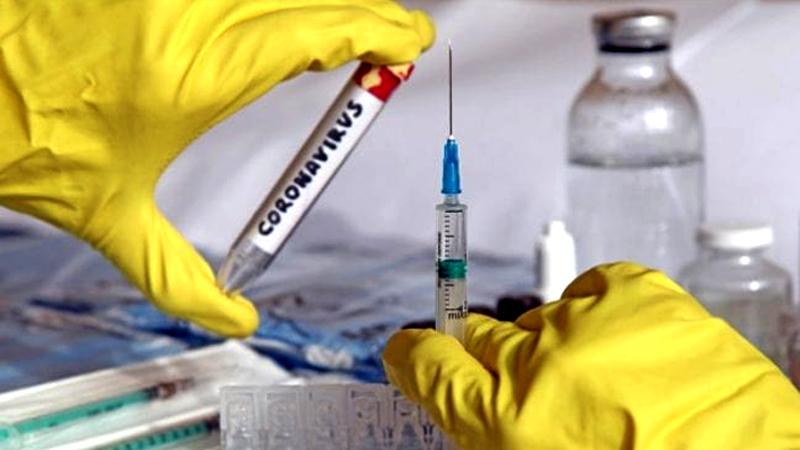 A recent jeremiad about having to tighten our belts in part prompts this article about next year, and the more than sanguine prospects for 2021 when it dawns — contrary to the doomsayer predictions. At the time of writing it’s not known what the budget portends, but no matter.

The prognosis for next year does not have to be the one seen through dark tinted glasses. Already, vaccine-nomics is making projections for 2021 go through the roof.

Two vaccines for Covid-19, one by Pfizer and the other by Moderna have shown excellent results and the better news is that their rollout may not take as long as earlier imagined.

But the only thing the doomsayers in the commentariat here are capable of saying is that our debt is so enormous that we have no chance. They say that we tighten our belts, or we perish.

The overriding factor for 2021 and the recovery that’s bound to happen is the vaccine, and nothing else. There is turmoil in the US.

The Republicans have essentially not accepted the election results, and that means millions of men and women haven’t either. But despite the tumult and the marches on the streets, the vaccine driven hopes have buoyed the stock market.

Anyone who is blind to the signs, are so blind they refuse to see. As for the debt, it is not set in stone and a certain quantum of it has to be renegotiated. The Opposition here is rubbing their collective palms together in glee and telling everyone who cares to listen, that ‘sah’ has failed.

First, they tried what they thought was the pejorative, ‘Nandasena.’ The assumption was that referring to the President by what is after all his other name would diminish his stature, and his work.

That tactic boomeranged so badly, because Nandasena is a good Sinhala name and one cannot possibly make a pejorative out of it. That tactic of trying to lampoon the President with his own name failed miserably and now they have settled on ‘sah.’

They are trying to celebrate ‘sah’s’ ‘failure’, or so they tell us forgetting the fact that they similarly celebrated the ‘failure’ of the war in 2009, just months before the denouement at the Nandikadal after which the cynics ate a considerable quantity of crow. Of course the darkest hour then was before dawn. But the doomsayers then as now predicted that the darkness would be permanent.

The same portends for the world economy as well. Those who predicted a permanent contraction of the global economy are probably in for a shock. The prediction was that the vaccine was not anywhere near a rollout stage as there would have to be protracted trials that would take ages.

Strangely, at the moment it is not the vaccine per se that’s causing the optimistic market reaction, but the news that the jab is somewhere on the shelf, even though it has not been marketed yet. As the U.S anti-virus czar Dr. Fauci said, help is on the way. It’s the perceptions that matter, and likewise, what would be disastrous for our economy is to retreat into a shell saying we are resigned to the fate of belt-tightening.

That’s not the remedy we need because if people don’t spend their cash next year, growth will be retarded. It’s probably a good time to remember that a former US President when asked what he wanted the people to do when his country was coming out of a certain crisis, said, “I want them to go shopping.”

Of course the doomsday brigade is out in full force. It was weeks ago that they were circulating a video shot at a well known hotel saying it has ‘gone to seed,’ when in fact the place had been converted to a quarantine facility which necessitated that certain public areas be shut down.

It didn’t mean by any reckoning that the hotel had gone to seed. It’s ready to spring back to life, as soon as the guests — be they local or foreign — start trickling in when the economy starts improving — which seems to be sooner, rather than later.

They are also circulating videos of ‘ghost shopping malls’, which is again a canard. The video is obviously staged because if you go to any of the shopping malls that are spotlighted, they can be seen functioning as best as possible under the circumstances — mostly open, but not having the steady stream of customers that they used to, for obvious reasons.

It’s unnecessary getting into issues of U.S domestic politics, but it is to President Trump’s credit that he launched Operation Warp Speed, which even his biggest detractor CNN says, was responsible for the quick unveiling of not one but two vaccines.

Trump did predict that the vaccine would be announced a week or so after the presidential election, which is exactly what happened. The best reaction to that from this remote neck of the woods would be, ‘no comment.’

Apparently, the U.S President plans to rollout the vaccine free of charge for American citizens. The cost aspect with regard to countries such as ours is still unclear though.

The ‘sah’ taunt here aimed at President Gotabaya by the way seems to be a missile that the Opposition aims at itself. It’s more than mildly evocative of the ‘oh yes massa’ type of plantation language from Jim Crow America.

Those who aim the ‘sah’ nickname at the President may suffer from the slave mentality, hence ‘sah’ like massa— but the people essentially consider the President a comrade. But ‘sah’ is also a back-handed compliment. They tried many epithets of the type that worked on past Presidents. After all, we have the five years since 2015 to go by. But their fall back sobriquet for President Gotabaya was ‘sah.’ That’s a grudging sign of respect, even though ‘sah’ is supposed to be suffused with sarcasm.

It bears mention also — not just by the way — that the ‘sah’s’ failure’ narrative that the Opposition has been lamely trying to peddle, had as its main pivot, attacks dealing with the Government’s foreign policy. But the desperation was apparent when after having tried to say we are a vassal State of China in the next breath they tried to say that we are a satrapy of the U.S!

But Mike Pompeo came and went, and other than good vibes, there was nothing to report because there was no sellout pact or any such thing that came out of the Secretary of State’s visit.

The doomsayers out in force say the Government cannot carry out all its plans, and if they are referring to the original plans it has to be obvious because we are in the midst of a global pandemic, tourism is non-existent, foreign markets have dried up in certain sectors, etc.

But a change of strategy that may be called for is not a white flag of surrender. Folding up and belt-tightening — another term for interest rate hikes and other restrictive monetary policy — is the last thing we want to have at the moment.

The President did the correct thing by reducing taxes as soon as he took office, and this too has been criticised by the doomsayers. Covid-19 of course was not anticipated at the time of the tax hikes anyway, so it’s preposterous to say that the taxation policy was a failure. But if 2021 is a year of growth, things will return to the status quo ante. That’s when we’d realise, the worst of our fears in 2020 were imagined.