Why is UNHRC not bothered about 5000 Missing Sri Lankan Soldiers 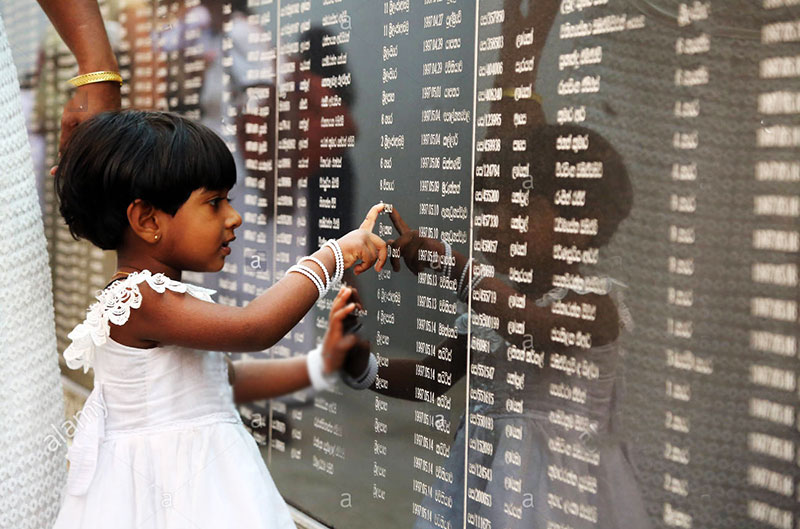 Since terrorist LTTE was defeated in May 2009, UNHRC has been headed by 3 High Commissioners for Human Rights. Navi Pillay (Sept2008-Aug2014), Zeid Al Hussein (Sept2014 to Aug2018) & Michelle Bachelet (Sept2018 to Aug2022). While their reports & statements abounds about justice for LTTE, nitpicking on anything and everything against Sri Lanka, has even one of these 3 included as priority the need to bring to a finale the fate of 5000 missing Sri Lankan soldiers. Not one of their statements has even asked the GoSL to find what happened to these soldiers and end the agony for their families. But the three High Commissioners have labored to bring relief to LTTE and their families. Why? Doesn’t this highlight crass bias and hypocrisy and selected justice? Shouldn’t the national army be given preference over non-state armed actors? While none of the hyped of LTTE missing or ‘civilian’ dead have names, these 5000 missing soldiers have names, they belong to a regiment but what happened to them is unknown. Why is the UNHRC not bothered about them?

Did families of these 10,435 LTTE dead log their names with the Presidential Commission on Missing Persons?

Did the families of these 10,435 LTTE dead log their names with the Office of Missing Persons instituted in 2017

If OMP has listed LTTE dead as ‘Missing’ then OMP officials have some explaining to do.

OMP officials must also respond to how they are setting about finding missing during JVP-UNP terror rule of 1980s & 1990s as well as every missing by LTTE.

Therefore, does the 18,586 OMP Missing List include the 10,435 LTTE dead not identified and claimed as ‘missing’?

Can LTTE dead be included into OMP Missing List as CIVILIAN MISSING?

The Sri Lankan tax payer WILL NOT agree to paying a single cent to terrorist dead or terrorist families. Victims of LTTE must be looked after and compensated first not terrorists.

Can OMP list the 18,586 by name/ethnicity & since when they have been missing?

While so much effort is being taken by OHCHR head and the UNHRC as well as a bandwagon of NGOs to provide relief to unknown ‘missing’ people – they pay scant regard for the 5000 Missing Sri Lankan Soldiers whose families sent their details even to the OISL team of investigators.

The UNHRC head and other Rapporteurs take pains to demand memorialization of LTTE dead but completely ignores the sorrow of the brave men and women who went to defend the nation from LTTE terror and sacrificed their lives to protect the sovereignty of Sri Lanka. No country puts terrorists above their national armed forces but by the manner UNHRC and OHCHR Heads have conducted themselves, it appears they are more bothered about terrorists than what happened to 5000 Sri Lankan soldiers who remain missing in action and what happened to their fate is one that LTTE or the remnants of the LTTE in hiding in western shores must answer.

This is a shameful conduct by the OHCHR and UNHRC and highlights as well as confirms its bias and violation of the UN Charter itself.

This is another key area that the GoSL can use against UNHRC for its bias and demand what UNHRC has done about the fate of these missing soldiers given that UNHRC is so bothered about terrorists!