Why common sense beats expert opinion on the pandemic 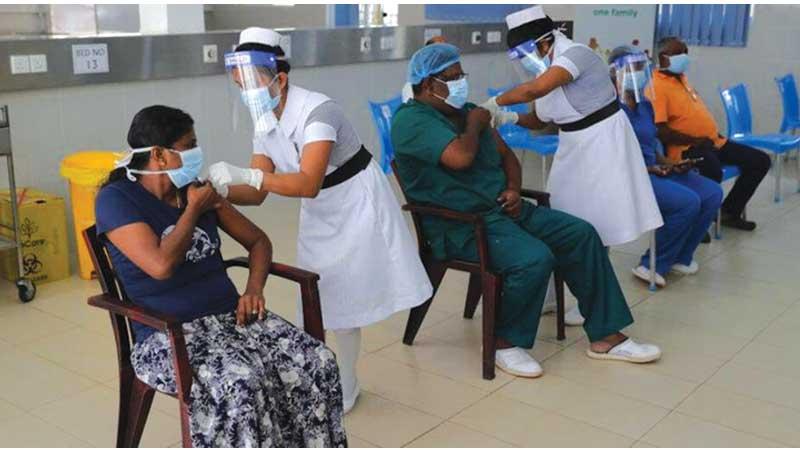 If there is a claim made that there are Covid experts anywhere in the world that sounds spurious. Absolutely there may be people who know about Covid and the virus, and the medical minutiae — and then there are those who know more than others about the statistical data and the relevant interpretations regarding that sort of information.

But that does not constitute expertise on anything. How can any scientist claim to have any specific expertise on the subject one can ask, when the information on the new variants so called for instance, has been so utterly confusing?

Similarly there have been various interpretations about the efficacy of the vaccine for instance.

“The biggest error made by many experts and politicians, was not acknowledging that they were capable of making errors. Their announcements were presented as commandments written on stone tablets by the finger of God himself.

Disagreeing with the conventional wisdom wasn’t just a normal scientific back-and-forth, but heresay that meant you sought to spread death in your community. This faux certainty was what justified restricting freedoms by continuing “emergency” restrictions for more than a year.”

That’s Victor Joecks writing in the Las Vegas Review Journal. This is in the United States of America, where there is supposed to be the largest concentration of scientists and experts on any subject — especially disease control — on earth.

But Covid has proved time and again that the experts so-called, particularly the medical and community health pundits, did not know a thing. Their prognostications for the most part were spectacularly wrong.

Here is an observation about the various pronouncements made by the Centre for Disease Control and Prevention of the United States during the course of the pandemic:

“On a web page devoted to Covid-19 spread, the CDC had previously highlighted “Spread from contact with contaminated surfaces and objects” under its own heading, news reports said, just below a similar subhead titled “Person-to-person spread.”

“But the page now lists surfaces and objects under the heading, ‘The virus does not spread easily in other ways.’ Basically sweeping the notion of surface spread under the rug”.(Source: Olean Times Herald.com)

If this is how confused the experts in the US are about the disease and its spread, make no mistake there can be no experts here or anywhere in the developing world.

There are no experts in that sense anywhere in any part of the world for this disease, and that obviates the necessity for expert panels on Covid prevention to be manned by ‘subject experts.”

Of course such a position would be condemned unequivocally by the so called medical experts.

They will claim expertise, and insist on being in all decision making bodies with regard to Covid. That will be akin to having a pediatric ward run exclusively by children. Wouldn’t children claim to have the best level of expertise on what afflicts them regularly? These types of claims of expertise are mostly made from a standpoint of entitlement. Physicians feel they are entitled to be in Covid prevention decision-making Committees and Task Forces.

But the record shows, there should not be a preponderance of them. They have been gravely misinformed at most times about this pandemic, as the above excerpted evidence from the US shows.

If this is the reality with the experts so-called in the medical community, it can be imagined what the other experts such as the PHIs and the various political sundry pundits on Covid know about this disease. The dangers of giving any sort of platform to these people is equivalent to the absurdity of giving various loose cannons on social media, the carte blanche to spread any type of story they want on Covid.

At various times in history, there are various narratives that take hold of the collective public imagination and give shape and form to the dominant discourse of the day. Once upon a time the dominant narrative was that the fall of Vietnam would signal the spread of Communism the world over, and that there would be nothing to stop it. How did that pan out?

Some years ago the dominant public narrative in this country was that the war was unwinnable. How did that turn out, people?

However, there is a myth that public health narratives are different and that they are in a class by themselves for the simple reason that they concern the esoterica of medical health that the ordinary mortals know nothing about.

However, the truth emerging from America about the contribution of the so-called medical health experts to fighting the pandemic shows that medical personnel are not in a special category that is immune to being misled.

Let’s refer back to Taiwan. “Taiwanese society maintained routine daily life without long-term nationwide school closures or bushiness shutdown. Taiwan’s baseball league was the first professional game to open the 2020 season on April 11”. That’s a quote from an international news magazine about Taiwan, a country that handled the pandemic with marked success without any significant shutdowns.

The Taiwanese had a coordinated plan ready to go into operation with the slightest hint of any respiratory disease of a contagious nature.

That was due to the SARS epidemic that the country had contended with earlier. The last thing Taiwan did was to take dead hoc decisions with committees manned by hastily handpicked physicians.

The politics of the pandemic is inextricably linked with its other salient health related aspects. The more economically deprived a population gets, the more prone it becomes to any kind of disease spread, and that should be axiomatic. Therefore, a pandemic Task Force should ideally have people from all walks of life — but especially also, contrarians and mavericks.

These latter types should be able to inject some much needed reality checking into the decision making process. They should be able to provide perspective to the statistics and point to where the medical experts have failed.

The last thing that Covid prevention needs is decision making in the confines of the echo chamber. Members of the public who are adversely affected by the severity of the work stoppages etc due to Covid should be able to make an input in decision making on Covid control.

They should be able to participate as stakeholders in the evaluation process.

Else, as the Indian journalist Sainath used to say, it would be akin to “rich people having a discussion in five star comfort on eradicating poverty without a single poor person’s representative in their midst.”

The government has done extremely well in making the military a key arm in the pandemic prevention and eradication effort.

That was China’s example too. At least that has brought a measure of broad basing that’s badly needed at the brain storming level. But there should also be the cross section of the population involved in the Covid policy making process, and in Taiwan they say in a manner of speaking, the whole country was involved.

The babel of voices offering unverified opinion should if controlling them is not an option, not be provided loud hailers in the form of incessant TV coverage.

Those who ignored the warnings on the Easter Sunday attacks on literally hundreds of occasions are offering anybody that thrusts a microphone before them voice cuts about how the government did not heed the warnings on Covid.

This sort of thing does nothing to foster a spirit of national consensus on Covid control. There is no attitude of‘we are in this together’ that was the animating spirit of social consciousness that marked the successful nature of the Covid fight in Taiwan.

A diffused approach is not good for a Covid control-the countries that contained it had one message and stuck to it throughout. This country has had a surfeit of expert opinion, but even as we are fighting the contagion it’s time to say there is no level of “expertise” worth considering with regard to the pandemic-but there are a lot of common sense solutions that ought not to be ignored.