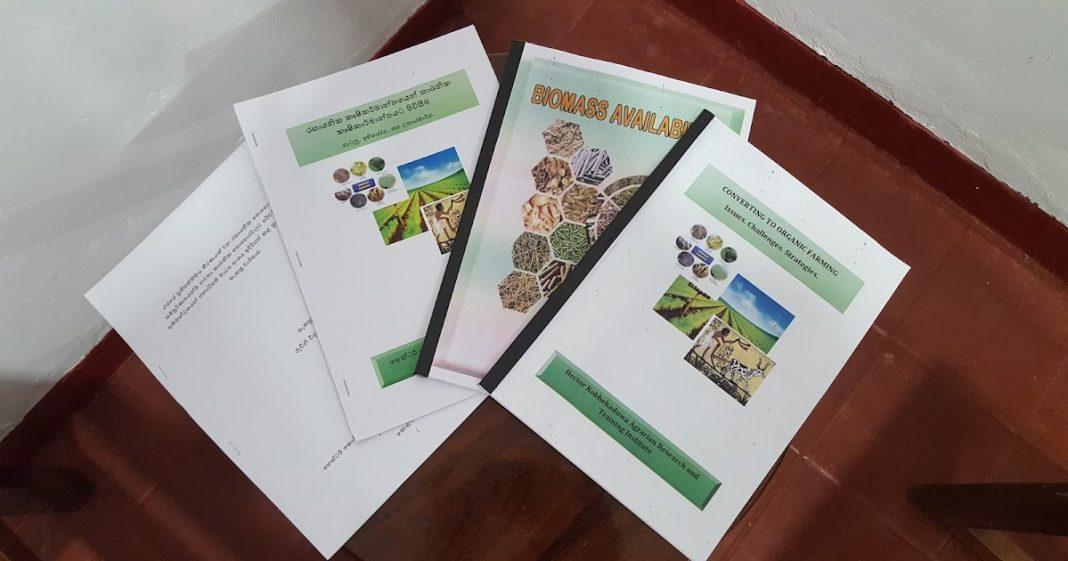 There are two questions. First, does research really matter or rather does research drive decisions when it comes to policy planning? Second, what is the role or research institutes or, put another way, do policy-makers understand the worth of such bodies?

My friend Sugath Kulathunga raised an interesting point recently with regard to the fertiliser policy of President Gotabhaya Rajapaksa: ‘One is baffled why a risk analysis of the overnight, island-wide implementation of the decision on organic cultivation was not done.’

The truth is that such an analysis was done by the Hector Kobbekaduwa Agrarian Research and Training Institute (HARTI). The entire research team, immediately following the announcement, assessed all relevant social, economic, political and environmental factors. A document was produced within a month, detailing the issues, obstacles and strategies. This was followed by an 18-month roadmap which essentially listed the non-negotiable measures that need to be taken to rationalise the implementation of the policy. A preliminary audit of biomass availability was also done in view of the proposed shift to organic fertiliser.

The documents was duly forwarded to the policy-makers including the relevant ministers. In addition, on each and every occasion that a relevant minister requested information or sought an informed response to broad questions related to this issue, HARTI researchers responded promptly and comprehensively.

This is a problem that is not limited to a sudden policy decision which was to be immediately implemented. A perusal of all research reports, policy briefs and such produced by any of the many state-run research institutes would reveal at least two things: a) the enormous volume of knowledge-production, and b) a strange reluctance to incorporate such knowledge into the policy-making framework through a formal mechanism.

Of course it must be mentioned that it is quite possible that policy-makers do make use of such information and knowledge. For example, a review of the draft national agriculture policy put together by a team of experts in 2021 revealed that the findings of research conducted by HARTI over several decades have not gone unnoticed.

Consider the state universities, to add another dimension to this problem. There are thousands of dissertations and theses produced each year on a wide range of subjects. A significant portion of these have policy implications. However, there is no formal mechanism to ensure that the findings and recommendations reach the policy-making apparatus and that policy makers in turn are required to take into account the same. Instead, typically, policy makers depend on their own  and often ill-informed and poorly analysed understanding of the particular issue, confidantes/advisors whose principal qualification is personal acquaintance and who at best represent a limited and limiting version of things or the dictates of ‘experts’ from dodgy outfits such as the World Bank, IMF or USAID.

One of the biggest problems that plague research institutes that are part of the state apparatus is that of human resources. There was a time when research institutes attracted the most qualified graduates who preferred employment in these bodies over teaching posts in universities, partly due to better salaries and also because they accorded more attractive opportunities for academic advancement.

The situation is reversed now. The salary scales of universities are considerably higher. Researchers in such institutes are therefore forced to consider a shift back to universities following acquisition of postgraduate certification. As the Sri Lanka Council for Agriculture Research Policy knows, the entire sector is plagued by numbers that fall scandalously short of the cadre requirement with regard to research expertise. The blanket freeze on recruitment imposed on account of the economic crisis has made things worse.

Clearly the government needs to do a re-think on research and research institutes. The current thinking articulated by certain policy makers that research is useless needs to be called out for what it is: myopic, astigmatic, idiotic and indicative of a scandalous disregard for truth and its implications. Consequently, it is important to reconsider the entire structure of knowledge-production and its bearing upon policy making. The knowledge producers and knowledge producing institutions should be empowered. It is imperative, in this, to put research institutes on par with universities in terms of remuneration structures. In a country where ill-investment abounds, such a move would certainly be a much needed corrective that makes for more wholesome and effective policy formulation.

Mechanisms set up so that policy recommendations obtained from findings are duly recognised and taken into account when decisions are made. This can be done. HARTI, for example, has signed MoUs with almost all state universities with regard to collaborative work. The potential to mobilise the best minds in the universities needs to be recognised.

Sri Lanka is not poor when it comes to science and scientists. The problem is one of creating conduits and forums so that policy is a) not dependent on politically suspect ‘advice’ of external ‘experts’ with little or no knowledge of Sri Lankan realities and absolutely uninterested in furthering Sri Lankan interests, and b) not formulated on the whims and fancies of ill-informed politicians driven by self interest and little else.