WHAT’S THE REAL STORY OF THE EASTER SUNDAY ATTACKS AND WHAT HAPPENED THEREAFTER? 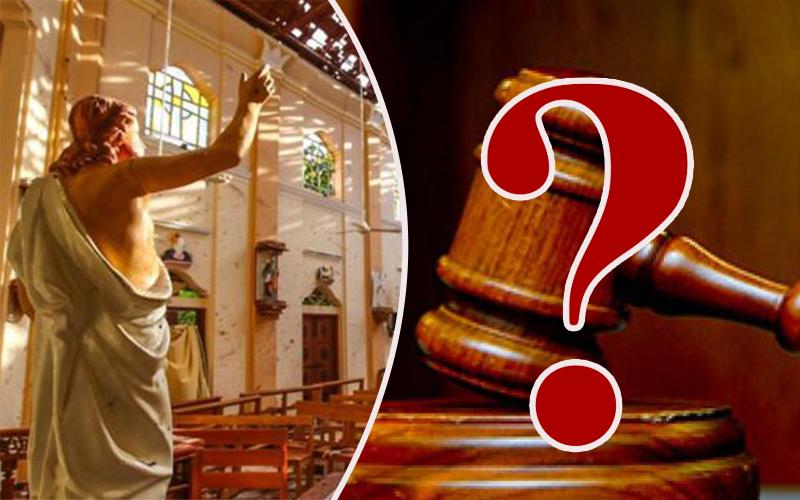 The investigation: how was it done and how many were arrested?

We all need to know the truth. We need to know that the wheels of justice are indeed turning. First of all, any investigation into a well-planned extremist attack is arduous and complex. However, the support of the FBI has been enormously useful in pushing the process towards successful conclusion. The tireless work of the investigating officers similarly has to be acknowledged and appreciated. As a result 735 suspected of direct or indirect involvement in the terrorist attacks were arrested. Of them, 196 are in remand custody, 19 in detention, 81 served indictments while 453 have been enlarged on bail. There are 27 cases filed against 79 persons in the high courts of Gampaha, Candy, Kurunegala, Puttalam, Nuwara Eliya, Batticaloa, Colombo and Kegalle are being heard by three-judge benches in terms of 25,753 charges.

What about the assets of persons and organizations involved in the attacks?

Assets, including property, buildings and vehicles worth Rs 365 million as well as gold worth Rs 168 million belong to the suicide bombers and relevant organizations have been confiscated so far. All relevant agencies have taken innumerable steps to investigate and press charges on all persons who have directly or indirectly supported extremism, regardless of who they are; politicians, public and private sector employees and officials make up this list.

What happened to the ‘Mahamolakaru’ or the ‘Mastermind’?

Mohammed Ibrahim Naufer alias Naufer Maulawi, who lectured on and propagated ISIS fundamentalism while working in Qatar for 20 years, returned to Sri Lanka in 2016 to spread extremism with Zahran, recruit and train young people to the NTJ and plan the Easter Sunday attacks. The US Department of Justice, following a lengthy investigation that lasted two years, has taken steps to charge him and others involved in the attacks in the US Federal Court. Indictments are to be served on him in Sri Lanka as well.

What is the status of the investigation on Zara Jasmin?

Many who propagate disinformation on the Easter Sunday attack bring up the name Mahendran Pulasthini alias Zara Jasmin. Since her remains weren’t found among those who died in the attacks, the situation with regard to her is quite complex. The CID has therefore exhumed body part of all victims and is in the process of conducting relevant DNA tests. This cannot be done overnight, but the ill-informed or those with other political objectives seem to be unaware of the fact.

What has been done to prevent such attacks in the future?

As of now, steps have been taken towards amending appropriately the curriculum of Islamic schools, preventing the dissemination of extremist and terrorist propaganda, banning the burka, developing a national security policy, amending the Muslim Marriage and Divorce Law and Wakif Act, monitoring those who attempt to spread extremism in mainstream and social media, strengthening Muslim civil society, strengthening the NGO Secretariat, setting up an all-religion ministry and encouraging inter-faith co-existence, appointing a new committee made of eminent religious persons to issue halal certificates, issuance of national identity cards that affirm a Sri Lankan and not communal identity and amending immigration and emigration regulations to be in line with current national requirements and international trends.
What steps have been taken against organizations associated with the attacks and other extremist groups?

The Jamaat Millate Ibrahim, National Thawfeeth Jamaath and Vilayat As Seylani have been proscribed. In addition, following recommendations of the Presidential Commission, the following organizations have also been proscribed: ……………..
What has been done to draw young people away from extremism?
The most important thing is to establish a process which enables those who subscribe to extremism to be rehabilitated no sooner than they are identified. This system has already been designed. In addition the intelligence services have been strengthened to ensure that such tragedies will not take place.
What has been done about the victims?

It is impossible to assess in rupee terms the value of those who lost their lives, but by way of some consolation and in accordance with the recommendations of the Presidential Commission, Rs 1 million has been allocated to the families of each person who died and Rs 50,000 to Rs 100,000 to each person who was injured in the attacks. Also, the Rs 3 million allocated for the carol service at the Presidential Secretariat for Christmas 2019 was diverted to welfare of the victims. Some of them were given houses.

What kind of joint action has been taken with foreign countries in relation to the Easter Sunday attacks?

From January 2020 until now, relations with foreign intelligence and security services have been used to extradite 52 Sri Lankans in custody in those countries for directly or indirectly supporting the propagation of extremism and legal action initiated. Several countries have initiated legal action in relation to the Easter Sunday attack. Following FBI investigations the 5 citizens of theUSA involved in the attacks have been charged in the US Federal Court. The Australian Federal Police have also initiated legal action against three Sri Lankan born Australians while the Government of the Maldives has taken similar steps against a group of citizens identified as being involved in these attacks.

What can we do for justice to be done?

We have, as a nation, taken all possible steps to bring to justice the guilty and thereby do justice to the victims. And yet, it is clear that certain individuals and groups are engaged in a vile scheme to discredit the efforts. Justice is a process and sometimes it takes time and yet tremendous energy has been exerted by all relevant agencies and officials to ensure that it is done. All citizens should understand that there is a thing called due process in the administering of justice. You cannot cut corners in this process. However, there are still some people who are trying to achieve political ends by preying on the anxieties of the victims. The people should be aware of these people, their actions and objectives. The people should stand for truth and justice and not cheap and vile politicking in the name of truth and justice.