What’s behind a legal-eagle’s lament against 20 A? 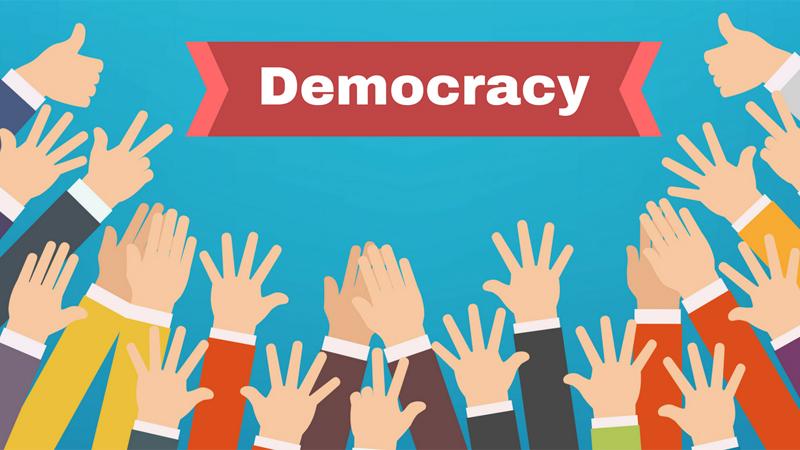 That Colombo campus legal luminary by reputation, Savithri Gunasekera made a legal argument not many months back about Parliament being required to convene without lapse of no longer than three months. She stated in an article in the public domain that such a provision is constitutionally mandated. The Supreme Court in a manner of speaking at least, laughed that contention out of Court. She also said that the proclamation made by the President dissolving Parliament is voided as a result of Parliament not convening in three months.

The seven-judge bench of the Supreme Court did not agree, and also disagreed that the old parliament had to be convened, or that any election held under terms of the President’s proclamation in March is illegal. The rest is history. The election that Savithri Gunasekera deemed illegal from her ivory tower was held, the people voted in large numbers despite the pandemic, and gave the President’s party a two-thirds majority.

That majority is the very best indication why fellow travellers with the aforementioned ‘luminary’ went to Court to have the elections postponed in the first place. They wanted their favourite party in power at all costs, even if it would deprive the people of their right to elect a government of their choice.

When Savithri Gunasekera now sheds tears for democracy, the reader would not forget the brand of democracy sans elections she touted. This alleged fan of democracy now criticises the 20th Amendment on several counts, such as the removal of the provision brought in by the 19th Amendment to disallow a Referendum on draft law, if two-thirds in Parliament have voted against it. She is also against the 20th Amendment’s removal of the provision for a fixed term Parliament i.e the bar to dissolution of Parliament until four and a half years have lapsed in its term.

It’s extremely curious that all this is said in the name of protecting democracy. So let’s examine how that works out. If Parliament cannot be dissolved for four and a half years, that’s democratic writes this luminary. But if Parliament could be dissolved after one year which obviously gives the people the right to vote again, that’s deemed undemocratic. So this curious case for democracy, is to stave off or avoid elections i.e going before the people, at any and all costs.

The rationale is that early dissolution of Parliament gives the incumbent Government an advantage. If that is so, it’s what democracy is all about. There is a paradox in this because a fixed-term Parliament means one that cannot be voted out even when it’s unpopular. Which version of democracy would you rather prefer — the one in which a popular government seeks to democratically increase its representation aiming at doing more good work, or the one sustaining an unpopular government, that clings onto power simply because it legally can?

Savithri Gunasekera must not be allowed to live in her fool’s paradise. No, but on the other hand she knows only too well what exactly happened in 2018.

The incumbent UNP would have certainly lost if there was an election in that year without it being averted by the four-and-a-half year bar to dissolving Parliament. She cannot deny that now, especially in retrospect after the scale of the then government’s defeat in November 2019 and recently this year. Nobody can say things changed later or anything of that sort, because the writing was on the wall. The Government had lost a local government election colossally in February, 2018 — one that was fought as a Referendum on the party in power, by the then Opposition.

None other than the fellow traveller of the so called liberal forces, Victor Ivan lamented that it cannot be a democracy that enacts legislation barring the dissolution of Parliament for four and a half years. It’s obvious that an unpopular parliament having a lock on itself is not the cause celebre of democratic governance, but for Gunasekera who bleats about democracy, it is pristine democracy —but the Amendment that removes such an abomination is autocratic.

Whom to tell, kaata kiyyannada would be the facepalm response that you could be excused for at this point. The ‘luminary’ who writes about the bulath hurulla and kiri and peni should be able to relate to that Sinhala idiom.

All of the above in the preceding paragraphs of this article — about Gunasekera’s disdain for elections particularly in the recent past when the Opposition went to court to suspend the pending national poll, would ascertain what her real project is — it’s not about democracy that she says she is wedded to, but is about keeping her favourite liberal democrats in power. If she had her ‘democratic’ way, that’s exactly what would have happened this year. It bears repetition that she opined that the recent election which ushered in a government with a two-thirds majority would be illegal; it was the courts that interpreted what true democracy was and enabled the people the choice of their own government by one person one vote, which is of course what democracy is all about.

So once we have deconstructed those so called ‘democratic’ credentials of this person, we’d have a better idea about why she advocates what she does about the 20th Amendment. She is not coming from a place of restoring democracy.

She merely comes from a place of salvaging her partisan interests, which are coterminous with those of the right-wing liberals so called, now in Opposition.

More proof of this is provided when she trots out the Grundnorm theory to justify her stand on the 20th and 19th Amendments. She says that when the 19th Amendment was enacted the Grundnorm of the Constitution changed and for those not familiar — the Grundnorm derives from the legal theory that there is a fundamental ‘norm’ or system that undergirds a Constitution. Such a Grundnorm change that came with the 19thAmendment and its pruning of presidential powers was not challenged by anyone, she alleges, along with the view that there was a ‘consensus’ which is why 19A wasn’t challenged.

But where does consensus come from? Is it from Parliament, or from the ‘professionals’ she goes on about, or from the people? Vox populi should be the measure of consensus especially under a constitutional regime that vests sovereignty in the people.

So let’s take her argument. With the 19th Amendment the Grundnorm changed because there was consensus and nobody protested about the Amendment at the time it was enacted, she says. But what of the Parliament and the Government under which this alleged consensus had formed?

The President in 2015 had just squeaked through to the Presidency, and many of the UPFA politicians at that time had become turncoats and joined the government that was formed with an appointed Prime Minister. That ‘government’ didn’t have a mandate of any sort for constitutional change, but there was a cobbled together two-thirds enabling the 19th Amendment, and that’s called a consensus by Gunasekera.

But a parliament elected by the people with a two-thirds majority for the governing party, we are made to understand, does not offer that kind of consensus. So — to be clear —- according to our luminary, the consensus formed out of an overwhelming majority vote by the people as in 2020 cannot change the Grundnorm. It’s the consensus formed by professionals and MPs in a questionable parliament that has a corralled together if not commandeered two-thirds majority that can change the Grundnorm. How is that for democracy?

It’s been the stamp of her democratic credentials. The people’s voice is always inferior to the voice of those who are MPs in the parliament that has a majority of her preferred choice of MPs. That’s why she said the Constitution does not allow the kind of election that was held this year in August. Her Grundnorm theory says a ‘consensus’ of civil society, professionals etc and a parliament with an artificially put together two-thirds majority is what can change the Grundnorm.

A real two-thirds majority obtained under the tough rule book of the PR system that reflects the overwhelming choice of the people, doesn’t change the Grundnorm, or at least cannot legitimately change it, we are made to understand. How is that for democracy courtesy the luminary? Jolly good, she is sure to say, when she tucks into her kiri peni.