What is the Left’s defense of the 19th Amendment? 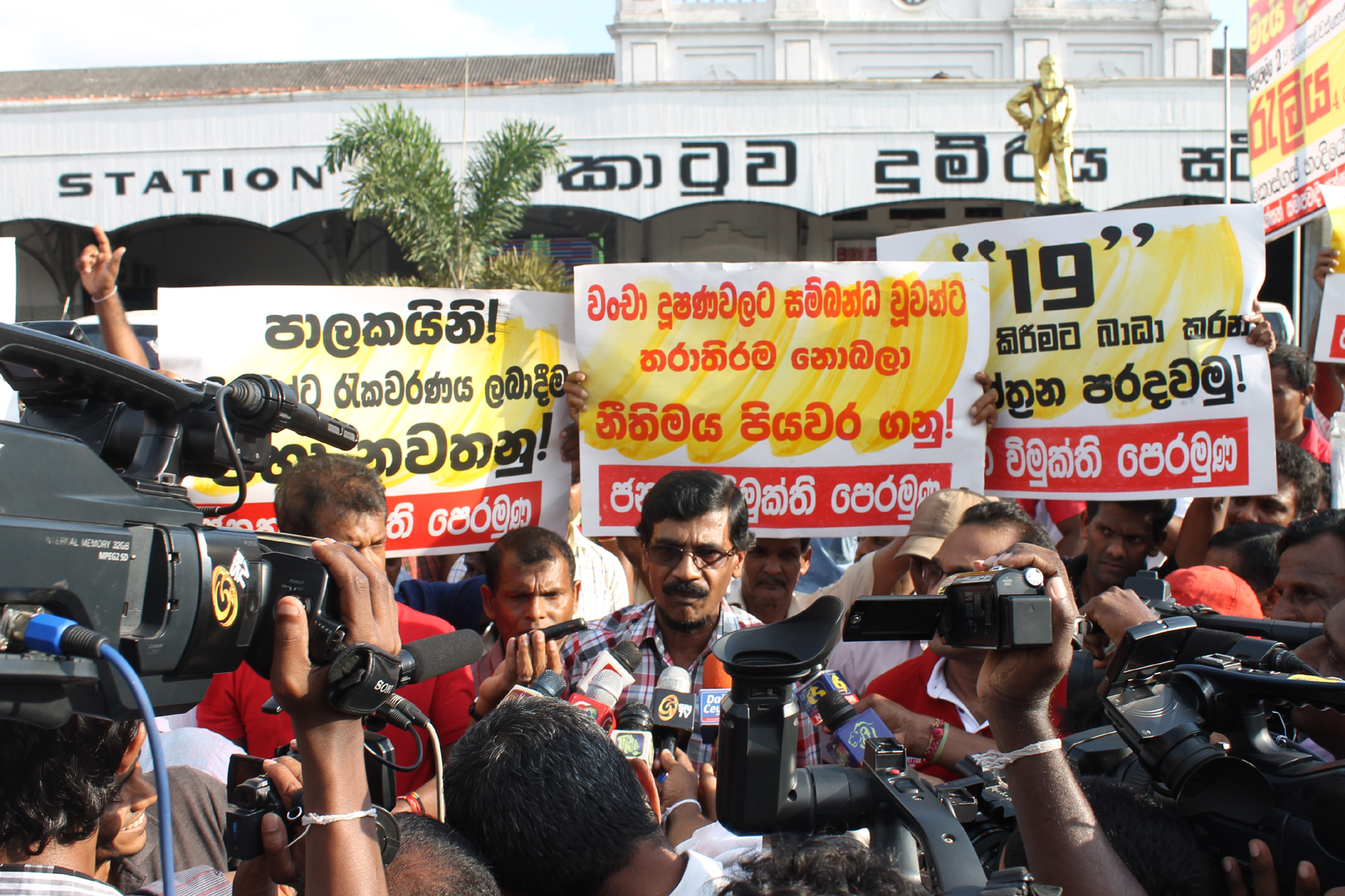 There’s a lot of talk about amendments these days: 13th, 18th, 19th and 20th. A cynic could argue that it’s all the same for the toiling masses. From the paddy field to the plantation to the factory floor, nothing really changes.

The 19A was hailed as a step forward for democracy, thanks to the introduction of “checks and balances”, “independent commissions”, and “civil society representation”. These words sound good. They need unpacking.

Who is doing the checking and balancing? Who or what are the commissions independent of? Who or what is meant by civil society? More on this later.

The 20th amendment will undo the 19th. The tele-phant, house, bicycle, compass, and sledgehammer, are united in their opposition to it. For some, it is about defending democracy from dictatorship, for others, it’s about defending minorities from the majority.

The question for pro-19A comrades, whose red has faded to magenta, is what their Leftist defense of the 19A is? Specifically, in what way, shape, or form do the constitutional council and independent commissions advance the cause of workers and peasants?

Firstly, 19A provides for “five persons appointed by the President, on the nomination of both the Prime Minister and the Leader of the Opposition,” and “one Member of Parliament nominated by agreement of the majority of the Members of Parliament belonging to political parties or independent groups,” to sit in the constitutional council.

Is it desirable to force an elected majority government into an accommodation with an opposition party representing fewer votes? Is it desirable for minor parties with little to no electoral pull, to be given a token seat in the council? Does it not contradict with the principle of one person one vote?

Secondly, 19A provides for three individuals who “shall be persons of eminence and integrity who have distinguished themselves in public or professional life and who are not members of any political party,” to be appointed to the constitutional council.

Is it desirable for unelected individuals to sit in one of the country’s highest decision-making bodies? Is it desirable for their selection to be based on professional or public eminence, and not capacity to mobilize and represent the masses?

Finally, 19A features nine independent commissions appointed by the constitutional council. These commissions are for Elections, the Public Service, Police, Human Rights, Bribery or Corruption, Finance, Delimitation, National Procurement, and the Audit Service.

Most of these commissions are in the domain of what the Left traditionally called, ‘bourgeois democracy’. Some of their functions could be served by existing Ministries. At best, they seek to streamline and secularize a system already based on underdevelopment and exploitation.

The Left has always been in the business of institution building. Councils, committees, and commissions are the bread and butter of Marxist-Leninist organizing. But the difference between the Old Left and New Left’s approach to “independence” and “depoliticization” is stark.

In the 1950s, the MEP created Cultivation Committees to organize tenant farmers, and Multi-Purpose Cooperatives to provide credit to rural producers, and buy and distribute their products. In the 1960s, the LSSP formed Employees Councils to democratize state-owned enterprises, and in the 1970s, they created People’s Committees to devolve power to villages communities.

Comparatively, the New Left has allowed itself to be led by policy agendas set by a civil society elite who pose as a “third sector,” despite solely relying on funding from state or market entities for their existence.

Their commissions are independent of elected officials. Their checks and balances are conducted by unelected appointees. Workers and peasants have been abandoned in favor of artists and intellectuals.