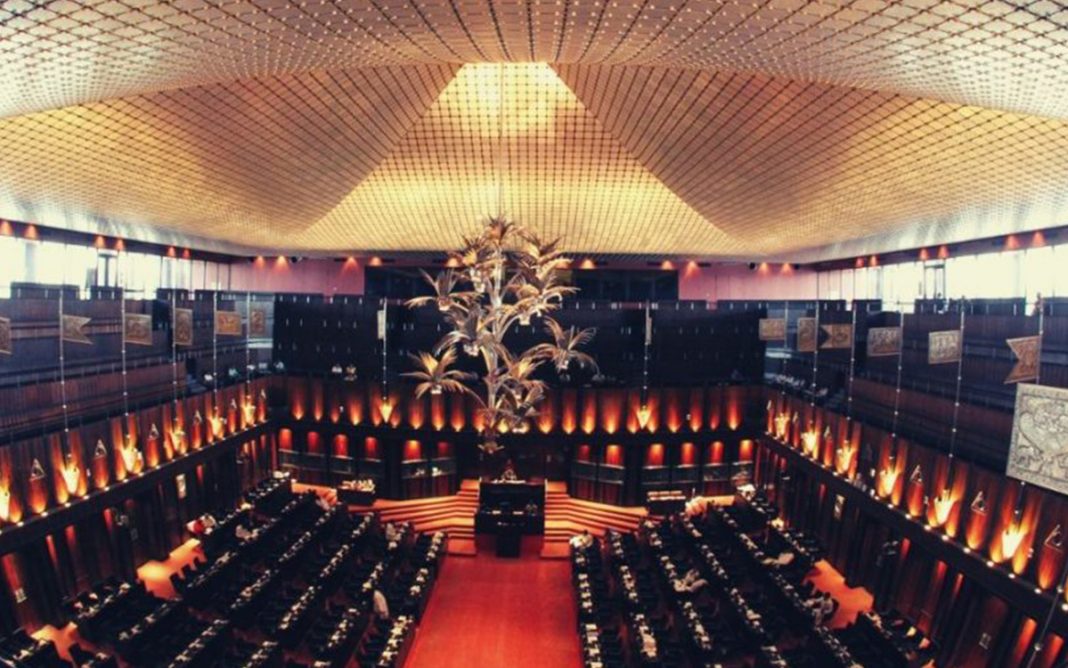 From being proudly called the Granary of the East, from manufacturing massive ships to kings round the world, from commanding respect even amongst our ancient foes and running the world’s first animal hospital – what has happened to our beautiful island nation? Development is not simply buildings and structures replacing every green shrub in sight with concrete jungles. What is ailing Sri Lanka? Why can’t Sri Lanka see consistent development?

Today, our politicians and policy advisors have opted to import rice and items that can easily be grown in Sri Lanka because it is either part of trade deals or it enriches the purses of a handful. The island that produced massive ships has had no leaders to continue that inspirational task & take these efforts further into the global system and recreate a name for Sri Lanka. Our ancient kings gave a special place to compassion and animals but we cannot even get a simple bill passed for Animal Rights. In ancient times people worshipped nature today nature and environment are raped to satisfy the greed of politicians and their cronies and enraged Mother nature is punishing us.

Our golden years undoubtedly has been the times of our ancient kings – where ancient historical records reveal the great place Sri Lanka held internationally and the fact that there was no internal strife amongst communities showcases the success of the ‘dasa raja dhamma’ policy followed by all kings even the invader rulers. This essentially was the key factor that the invader western colonials determined to remove as they identified this as the sole foundation to the success of the island nation. 3 invaders from the West ruled Sri Lanka for 476 years (1505 to 1972 – though we gained independence in 1948, it was a nomenclature independence as the Queen remained Head of State & the Privy Council remained the Highest Court not Sri Lanka’s Supreme Court).

The colonial rule turned the island upside down. The invaders created divisions amongst all of the peace living and peace loving communities that lived on the island. The invaders rooted seeds of dissent, hatred & divisions amongst the people and created groups of people and set them against each other. All these hateful systematic programs are well documented and are no different to those they applied in other colonies as well. We can and should remind them about the crimes these colonials committed every time they pretend to be angels on the modern stage but this is no justification for not getting our own act together and learning from past lessons.

This now brings us to the topic of concern. We gained a name-sake independence in 1948 but it was not on our terms nor did it restore the historical injustices and discriminations suffered. We gained independence on what the British thought best for us which was not opposed much because colonial education system had produced a bunch of English speaking, thinking & acting brown sahibs and the one’s who flagged a local nationalism did so only as a political trigger for votes. We have never had leaders like Aung San of Myanmar or Patrice Lumumba of Congo, if we did probably they too would have met the same fate that befell them. We had leaders who were ‘safe nationalists’ using rhetoric to gain the votes and steer the campaign but none were duplicates of Dutugemunu in action envisioning a vision for the island & its people, steering it with personal involvement & ensuring none of the team went out of track.

We must make special mention of Mrs.Bandaranaike, as many are finally admitting that had her national programs been pursued Sri Lanka would now be self-sufficient – she gave place to agriculture, she started many handloom factories but a propaganda of material smelling psychologically distracted people instead of finding a solution to it, thus there was a well-coordinated program to drag Sri Lanka into a capitalist import-economy instead of balancing imports to bringing only what is required & attempt to grow what we can in Sri Lanka and any surplus export too. The value of this is now felt during this horrid covid pandemic. The easy path was to simply import, put on fancy shelves and have heaps of luxury goods that many simply stare at.

Another noticeable aspect in comparing politicians of pre-1978 and post-1978 era is the principles they followed. Many a politician have given up their seat resulting in by-elections simply because they disagreed on a topic in principle. Today, we have the leader of a political party, who has been PM 4 times, remaining party leader for almost 30 years and who could not secure even 10,000 votes desperate to again sit in Parliament – without shame. All those that oppose do so only for political gain but not on the principle that he has no right to sit in Parliament having being rejected by the People.

Thus, what is seriously lacking amongst all politicians today is their careless attitude after coming to power. No sooner they come to power they forget the pledges they promised, they forget the people who helped them, they forget their role and all they are concerned about is enlarging their greedy desires and placing the rogues they associate into seats of power to plunder, thinking this is their final attempt lest they do not return to power. It is true, the money they siphon they re-circulate during election time but now this money is getting laundered out of Sri Lanka too. With regime change operators also working to destabilize Sri Lanka, many a politician is likely to be offered green cards rewarding their treacheries. The age of politicians is another trigger to amass wealth via the political system knowing they are unlikely to return but place relations into the system to carry forward what they deem is their legacy.

No government is expected to deliver the aspirations of all its citizens, but a government is certainly dutibound to provide the fundamental needs and no government can play ignorant that they do not know how many people live in slums, how many roads and bridges have been neglected, how many lakes have not been renovated etc when money is spent on grand tamashas for no reason.

The UNP has ruled Sri Lanka for 35 years since 1947 while the SLFP coalitions have led 34 years. So power has shifted between 2 main parties & their coalition partners inadvertently the politicians in these parties have been jumping like kangaroos from one party to the other.

There are internationally backed campaigns screaming for ‘system-change’ other scream ‘no-225’ – while these are part of coloured revolutions, we must understand that a system is just a system it is energized by the people placed in it committed to delivering what the majority of the people desire – a country that does not promote terrorism, separatism in any form & continues to protect & foster the civilizational heritage & history which is what distinguishes Sri Lanka. Nothing too difficult to deliver. So where lies the problem?

Politicians, their advisors and public officials must realize that people are getting increasingly fed up with them. They must wake up to these ground realities. Both UNP & SLFP faced shocking slaps in 1956 and 1977 when both times the ruling party descended to just 8 seats. But changing pillows, the voters have discovered is no solution either. We also have citizens counting fingers hoping Sri Lanka to fail and these are worse than the politicians in power!

Now that we have all voted – whether it is for the Ruling Party or Opposition, it is time the people begin to put pressures on the politicians to change their ways. People must demand more disciplined and principled leadership from the politicians. They must find ways to convey their displeasure and force the politicians to change their ways. If a miris kudu throwing MP could turn a Ministry he knew nothing about into a profitable one, there is hope that all 3 Pillars of Governance & the people who are part of the system can buckle up too.