Western Human Rights Hypocrisy: Only in 1929 that WOMEN in Canada became ‘PERSONS’ 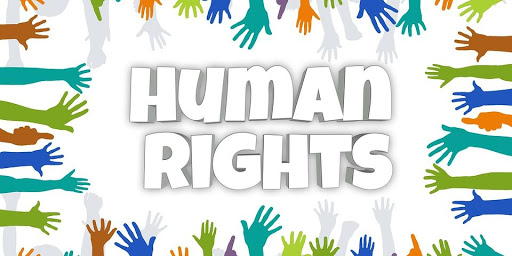 The West loves to self-appoint itself as the paragons of virtue, to bear the ‘white-man’s burden’ of ‘civilizing’ the world and point fingers of allegations believing itself to be the beacon of justice. Little does the West realize that when it was still in its primitive years the countries or rather territories that are today deemed ‘developing’ world were enjoying the height of civilization & were the inventors of many of the inventions that the West have stolen & re-worked to lay claim as their discoveries. Today, these western countries are teaching the world gender rights, women rights & all the rights under the sun but the Eastern civilizations were all matriarchic and this changed only after man doubled his prowess displaying armoury & ammunition & the macho image came to the fore. Canada with a history of just over 150 years, even regarded women as ‘PERSONS’ only in 1929 & all women in Canada were given to vote only in 1960!

In 1916 the Alberta magistrate Emily Murphy to her shock was told by an attorney that her decision was not valid because she was not a ‘person’ under law. He was referring to the 1867 Section 24 of the British North America Act (BNA) ruling ‘Women are persons in matters of pains & penalties…but are not persons in matters of rights & privileges’. It took 13 years to change the law.

In April1928 the Supreme Court of Canada unanimously declared ‘the word person did not include female persons’. A petition was submitted to the Privy Council in England and the UK Privy Council on 18 October 1929 declared that ‘women were indeed persons & could become senators’ thus reversing the 1928 judgement. http://www.heroines.ca/history/persons.html

There were other bizarre laws too. Till legislation was changed in 1911, a woman’s husband could sell the family home & leave her with nothing even if she had paid for the home!

Canada was created by an Act of British parliament in 1867. It was no birth of a nation. Canada was formed with the merger of Ontario, Quebec, New Brunswick and Nova Scotia. Canada’s history is just 151 years. The 1867 BNA Act was a white supremacist document designed for a white supremacist country. 10 years after creating Canada the Indian Act of 1876 was introduced defining First Nations as a male Indian, the wife of a male Indian or the child of a male Indian”. The discrimination has left as many as 4000 indigenous women either missing or murdered! Indigenous women represent 10% of the total population of missing women in Canada

This 142 year old Act has limited social welfare benefits — such as access to post-secondary education, property rights, and even dental coverage — for generations of indigenous people, by preventing Indian heritage from being passed down on the mother’s side. Hopefully the Bill presented would soon be passed.

Canada’s Charter of Rights and Freedoms states, Every individual is equal before and under the law and has the right to the equal protection and equal benefit of the law without discrimination and, in particular, without discrimination based on race, national or ethnic origin, colour, religion, sex, age or mental or physical disability.”

Why are the indigenous women not included. There are over 1.6m indigenous people in Canada – they are afterall the original owners of Canada.

Right to vote for Women came provincially – however, aboriginal and Asian women were NOT allowed to vote. Women of colour – including Chinese women, “Hindu” or East Indian women, Japanese women – weren’t allowed to vote at the provincial and federal level until the late 1940s.

Under federal law, aboriginal women covered by the Indian Act couldn’t vote for band councils until 1951, and couldn’t vote in federal elections until 1960.

In reality it wasn’t until 1960 that ALL Canadian women finally had the right to vote. Sri Lanka’s women gained right to vote on par with men in 1931. By 21 July 1960, Sri Lanka had produced the world’s first female Prime Minister.

UN Gender Equality rankings rates Canada 25th! Inspite of Trudeau’s 2015 cabinet being equal men & women the policy proposals have yet to see changes which completely negates the notion that placing a woman doesn’t necessarily make the policy changes on behalf of women though it is a great election campaign slogan for women to come into power! Many women presume that women’s rights to be making a showpiece of themselves in public naked, smoking & drinking to be on par with men, sitting on panel discussions & reading statements prepared on government providing rights for women without helping to empower women & while demanding rights for equality demanding that governments allocate a quota for women! How does equality & quotas fit into the logic of things is something these women conveniently ignore responding to.

Countries like Canada love to point fingers without addressing the issues that exist in their own countries first.

And this is in a country whose male Prime Minister refers to himself as a ‘feminist’!