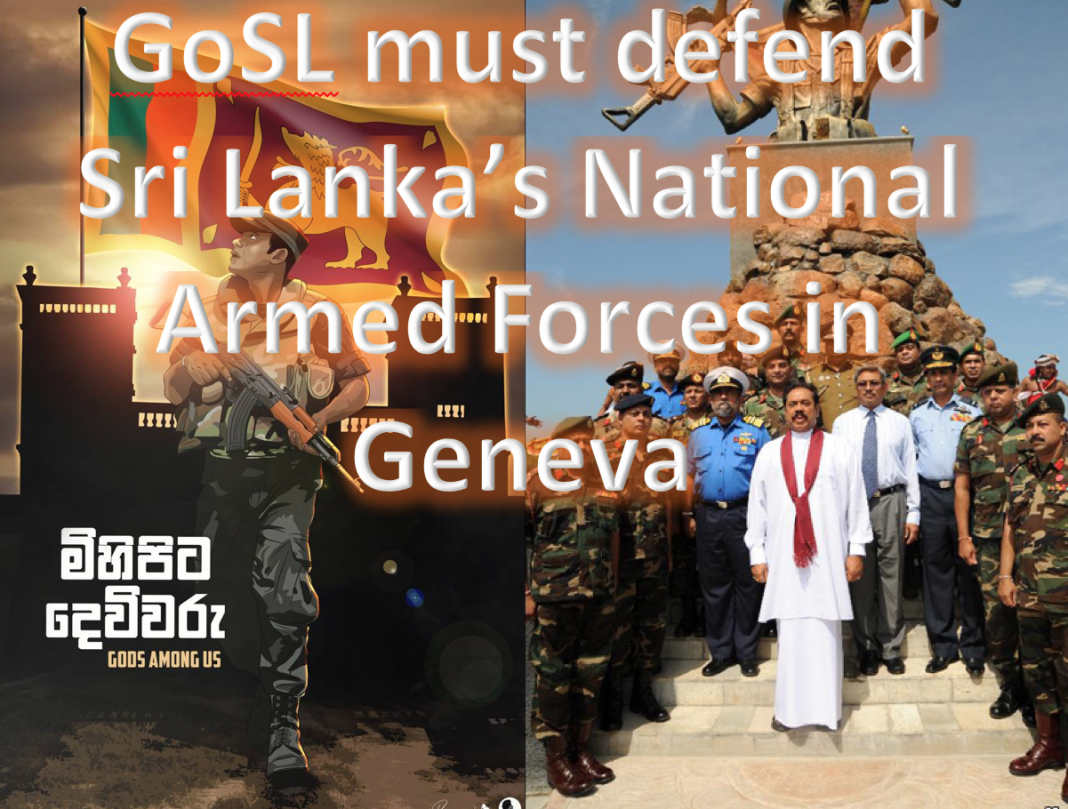 The annual Geneva circus is again round the corner. It has become one of the most farcical performances by an entity tasked to be custodian of world peace. At the time of the UN’s creation there had been just 2 world wars. Today apart from 11 countries, the countries of the world face some form of conflict and terror. Countries and victims are suffering because of the lack of initiative to stop arming terrorists and to take serious measures against any country or organizations aiding and abetting terror. The Sri Lanka Armed Forces lost 30,000 lives and an equal number remain injured. The LTTE also has lost lives but it was their choice to take up arms & die fighting.

This is what we expect of a nationalist government in power. We expect Government delegations to be putting forth arguments to defend the national army not lukewarm answers to the catapults coming our way to corner and coerce Sri Lanka to agreeing to vested plans and geopolitical agendas.

The scale of support for LTTE was seen in the manner they lobbied to bring successive legally questionable resolutions at the UNHRC based on a personally commissioned report that had no authorization from the UNSC, UNGA or UNHRC and was never tabled for Sri Lanka to officially respond to. Taking the witch hunt further an OISL investigation was launched claiming to be a ‘human rights’ investigation and not a criminal investigation but demanding a hybrid special court. Much of the allegations made were hearsay and from third party and 4thparty or directly from LTTE sources. The manner of the conduct of these resolutions certainly questions the credibility of the UN system, due process followed, the bias of applicability of the clauses in the UN Charter against a member state. These precedents would eventually apply to other countries too.

The National Armed Forces of Sri Lanka cannot directly defend itself of all the brush stroke allegations made against them accentuated by a well-funded international tarnishing campaign.

The present government was given a massive mandate by the people.

The President was given a massive mandate by the people.

Now the People demand that the President and the Government defend the national army with the full strength of diplomatic corps at their disposal.

We do not expect this government to be watering down any resolutions that are out to trap Sri Lanka.

We do not wish to have lukewarm responses simply meekly answer to the wild allegations and unsubstantiated evidence being presented.

We do not wish to have officials and advisors of this government who have no wish to defend the armed forces coming up with silly arguments of presenting counter-resolutions or anything that will land us in a bigger soup.

We simply want the Government to summarize the wrongs that had been done to Sri Lanka since 2012 and declare that the Armed Forces of Sri Lanka deserve NATURAL JUSTICE and an appropriate time must be made available within the UN SYSTEM for the GOSL to respond on behalf of the national army because the national army cannot defend itself outside of Sri Lanka and it is the duty of the GoSL to defend its army internationally.

Thus the GoSL and its diplomatic channels must demand a hearing within the UN system for the GoSL to represent the National Army’s defense and the GoSL must insist on this.

Yet, the national army is accused of war crimes and genocide

Demand a hearing within the UN system for the GoSL to defend its Armed Forces. This is what the People of Sri Lanka want from this Government. We do not want to see any more lukewarm responses that end up in Sri Lanka being trapped or Sri Lanka foolishly putting a noose round its neck and in particular that of our armed forces.

The Govt must defend the army not responding to silly pieces of paper sent to us annually from Geneva trying to trap us.

We expect GoSL to defend our troops in Geneva and to be their voice in Geneva.