Was astounded with UK statement on Sri Lanka at UNHRC: Lord Naseby 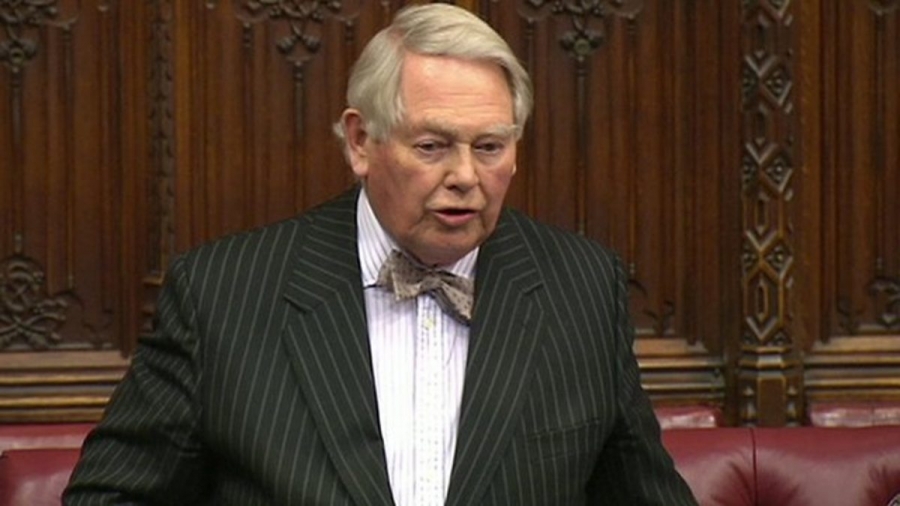 Commenting on the UK statement of February 25, 2021 in Geneva on Sri Lanka at Human Rights Council by Lord Tariq Ahmad, President of the UK all party British Sri Lanka Parliamentary group Lord Naseby said he was astounded how the UK or any other Member of the Core group could possibly welcome the High Commissioner’s so called ‘detailed & most comprehensive report on Sri Lanka.

He said the report is riddled with totally unsubstantiated allegations & statements totally ignoring the huge effort to restore infrastructure & rehouse displaced Tamils & Muslims who lost their homes due to the Tamil Tigers.

Furthermore, he questioned how the UK Government knowingly & apparently consciously with-held vital evidence from the despatches of the UK military attaché Col Gash.

“Evidence I obtained from a Freedom of Information request, resisted by the Foreign Office at every stage for over 2 years. These despatches from an experienced & dedicated senior officer in the field makes it clear that the Sri Lankan armed forces at every level acted & behaved appropriately trying hard not to harm any Tamil civilians who were held by the Tamil Tigers as hostages in a human shield,” Lord Naseby underlined.

“This conscious decision totally undermines the UN standing as an objective Leader of the Core group; made even worse by the conscious decision not to prosecute the LTTE leader living in the UK largely responsible for recruiting, training and deploying over 5,000 Child Soldiers – a real War Crime,” he said.

“Furthermore, the criticism of the way Covid has been handled with no burials for anyone based entirely on scientific advice at a time when there was no advice from WHO shows no understanding. Following the recent scientific advice from WHO burials are now permitted. The UN ignores the fact that only about 400 people on a population of 22m have sadly died in Sri Lanka whereas no less than 120,000+ have died in the UK with a population of 66 million. By any yardstick Sri Lanka has more successful at saving lives than any member of the Core group,” he said.

“It seems to me the Core group need to have more faith in the ‘Reconciliation structure already on the ground of the Missing Persons Commission, the Office of Reparations and the Truth & Reconciliation Commission being created but understandably not yet finalised because of the Pandemic. If the UN Core really want to help then why do not the UK, Canada & Germany release to Sri Lanka the names of all Asylum seekers since the war so they can be checked against the list of missing Persons & be removed from the master list,” he stressed.

“It is for Sri Lanka to decide how much help they seek from outside but for me I doubt the need or the efficacy of the UNHRC being able to help in an enhanced monitoring role as proposed,” Lord Naseby added.