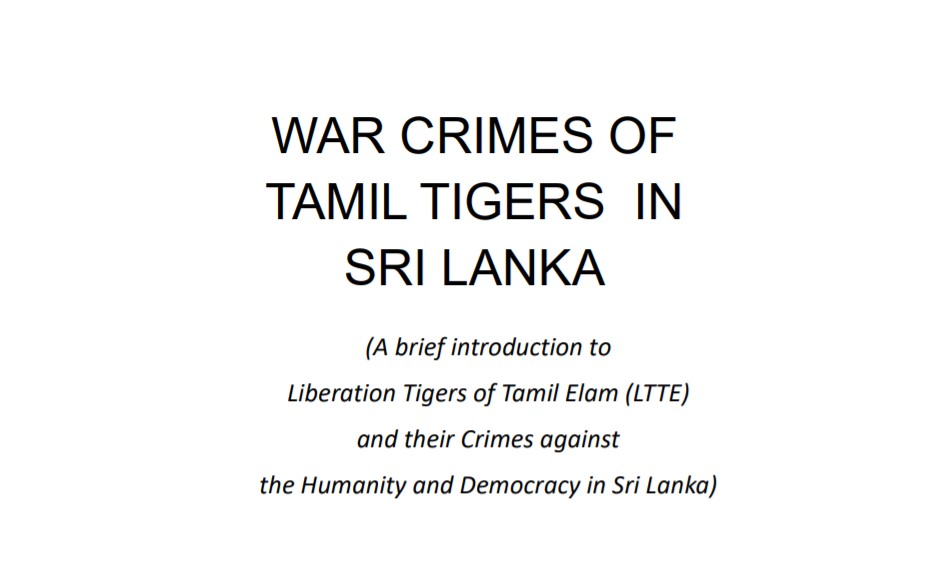 Sri Lanka, is a beautiful island in the South Asian region, which was known as the pearl of
Indian Ocean. It was inhabited peacefully for thousands of years by people including
Sinhalese, Tamils and Muslims, and a highly developed human civilization. It was built
under the authority of the Sinhala king, on a legal system which directly based on
Buddhist philosophy. During the colonial era, the British used to subdivide and control the
people on ethnic identity. Subsequently this divisive rule fostered inter-ethnic distrust.
British rulers did this social division on a single purpose of preventing formation anti
government movements.

This so-called mutual distrust, which was built in such a background, was misapplied by
Sri Lankan politicians, in face of racism, to maintain their power. Through the same
grounds, the Prabhakaran and his followers worked to create the most terrifying terrorist
group in the world called LTTE. Subsequently LTTE Tamil Tiger terrorists massacred
many innocent people including unarmed Sinhalese, Tamils & Muslims, and drove them
away from their traditional Sinhala and Muslim villages in the North and East.
Over a period of 30 years, the LTTE Tamil Tigers have indiscriminately violated four
ceasefires and a large number of peace talks, and engaged in massacres against
humanity.

Democratic political leaders, clergy, and many others killed in so many places. Sinhalese,
Tamils and Muslims, were targeted and killed by the terrorists brutally. In this book, we
document some of the killings and evictions of civilians carried out by the LTTE terrorists
throughout Sri Lanka. It is a joint effort made by Sri Lankans who love their country more
than anything, in order to make awareness on the Terrorism and separatism, which
launched by Tamil Diaspora in Europe, together with Islamic Separatists, supported by
Arabic Countries, to re plant terrorism in Sri Lanka in a situation that it has completely
defeated. Let us all unite on behalf of humanity to defeat the so-called terrorism of the
Tamil Diaspora and Islamic extremists.