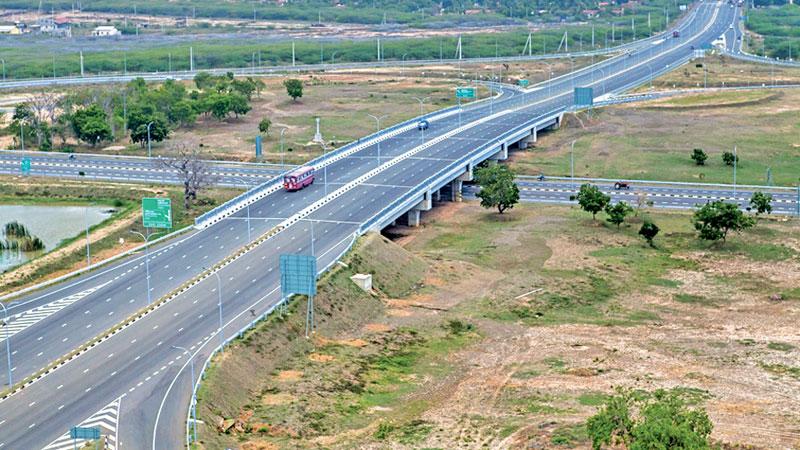 Roads, and roads to justice are two different things. But, we’ll get to that. The opening of the Matara-Hambantota stretch of the Southern Highway was an event that was suffused in some meaning. The previous Government opened that stretch hastily before the Presidential elections, after having spent an eternity on its construction. It had to be closed down though as it was incomplete.

The highways of this country stand as testimony to the divergence between those who wanted the old order and others who wanted a practical new world of functionality.

Public transport grew with the opening of the Southern Highway. Some in the previous dispensation tried to discount that effort, with their curious logic that highways are not desirable in terms of public transport viability. They said highways are for people who own cars.

This was an insult to the mass of people who used the super luxury or semi luxury buses to get to their hometowns from Colombo, with some doing so every day, in their commute to and from work.

They used a different ‘metric’ if you will, to get more passengers, but that’s called innovation.

In Geneva, Sri Lanka passed a resolution that was against itself. The rationale of the then Sri Lankan dispensation in power was that this was a road to justice. But the Provincial Council elections were never held, and if governments were so cavalier about flouting constitutional commitments, what’s the point in having a UN Resolution on paper?

Roads and justice for the north would be better than paper commitments on behalf of the people of the northern province of the country. Roads soar in the popular imagination. There is better optics with expressways sometimes than there is functionality, but does that mean that these are stretches of macadam that are more good-looking than they are useful?

The part that optics generated by the highways plays is important because of the influx of tourism. that would put the country on the map. These are obvious benefits that ideally should not have needed any repetition here, but once upon a time the highways became a political issue that was used to paint the then UPFA Government as profligate and even corrupt.

That was expedient politics at its worst, but worse still, it succeeded. But curiously when the then incoming 2015 Government could not get any of the highways done on time, the people were aghast. This is why, five years later, they wanted a government that ‘works’ to replace what went before it.

The highways also represent the only major effort at transport efficiency since the coloniser built the railway network. Certain people may take umbrage and say that the good work done with regard to the main Kandy Colombo artery and other major road systems in the country should not be discounted.

That may be so, but the railways and highways represent leaps in imagination relative to the time periods in which they were built, whereas every country has a halfway respectable ordinary road network.

So much for roads. Roads to justice, on the other hand are different and can sometimes be bumpy and ridden with barriers. To keep reconciliation on an even keel two parties to a conflict must necessarily have equal opportunity justice.

The main issue with the UNHRC Resolution that the country is withdrawing from is its lopsided quest for justice, under the misapprehension perhaps that the losing party so called in a conflict is the only party that is in need of justice.

This is absurd as it completely scuttles any chance of reconciliation as one party is often antagonised, and that’s the worst way to go about reconciling anything. It appears also that the UNHRC envisioned Sri Lanka as a test case in Asia in which that body would be able to experiment with hybrid courts and generalizations.

Shavendra Silva is the General who was subject to the worst of these generalisations. It appears that the UN body wanted some sort of totem that represents ‘human rights violations,’ so they settled on Silva.

There have to certainly be better roads to reconciliation than this, particularly when they insist on calling certain reconciliation instruments Truth and Reconciliation Commissions. Somebody who is running for high office in the U.S recently said something about the truth being different from the facts. The exact quote was, ‘we choose truth over facts.’

The UNHRC or any member nation cannot choose ‘truth’ over facts on Shavendra Silva’s matter, though US presidential candidates prefer truth over facts. I won’t add ‘whatever that means’, because the politico who said ‘truth over facts’ probably knows what it means.

For the totally uninitiated, the basic issue is that Shavendra Silva, among other things, has been barred from entering the U.S based entirely on hearsay complaints that he committed Human Rights violations, as explained at the Council by our Foreign Minister.

So as you can see, that road to justice is rather skewed.

Justice for the people of the northern province will be served better if the expressway to that part of the country is built. That would be a straight road, to state both truth and the facts about that matter.

Also, highways show results in the short term, though roads to justice have been made unnecessarily long winded.

Even so, this matter of reconciliation should definitely be time ended. An expressway project once begun, would run on an estimated project duration of three years or so, and the matter will be ended there unless of course it is the UNP that’s building it. Highway construction and the search for so called truth and reconciliation both took an eternity during their tenure.

The people’s verdict on both highways and reconciliation a la the Geneva process has been clear. They want a return to the status quo ante which means they want the expressways, and do not want endless strictures on the country on account of the war that happened so many years back. A domestic reconciliation process has been promised by the Government, in the meanwhile, and at least it’s this columnist’s hope that such a process would be able to commit to the notion of a time-ended effort.

Before that’s done, probably a discourse should be launched on why it’s necessary to complete the reconciliation process once and for all to a time table. People are not used to such an idea, because the other mentioned and non mentioned bodies both within the UN system and otherwise, seem to have no problem with this process dragging on and on.

What has to be done and achieved within the future domestic process has to be earmarked, and accomplished — but after that on no account should the issue of reconciliation be reopened.

There should be justice and truth telling on all sides, for all sides, and that’s what reconciliation is all about — but no matter what has happened, it will not serve the people’s interest for this issue to be on the table for an eternity, or until all those who seem to be interested in the matter drop dead of old age, whichever comes first.

President Gotabaya Rajapaksa said ‘you are talking about the past, ask me about the future’.

Eventually, the past has to be closed.