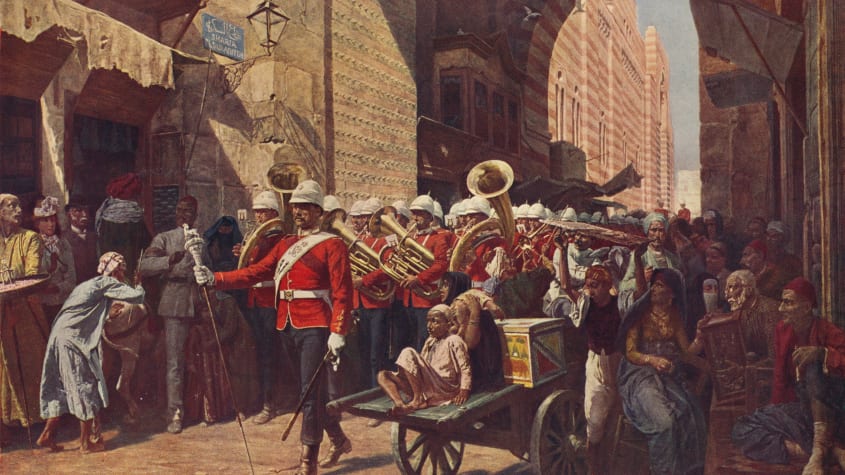 Britain, no longer Great, and75 years after it was forced to renounce its colonies with imperialism identified to be the cause of World Wars, and increasingly finding itself in a rather insignificant role in world affairs, appear to indulge in some nostalgic glory turning a coveted eye at its former colony Ceylon, at the recent UNHRC sessions. Well, Ceylon could well be the get- away to the South Asian continent, which was once the ‘jewel of the Imperial crown’. Many centuries ago Britain did it then, to ‘civilize’ these countries and profited enormously, and today, in a more sophisticated world scenario, it may well try its hand so subtly, to impose ‘Human Rights’ on these very same countries!

Yes, Britain love these small Asian nations more than the citizens of those countries love their own nations, just as a wolf would a rabbit. For Sri Lanka is a democracy with a Government overwhelmingly elected by its people with the right to depose same if needs be. Yet Britain and its ‘core’ partners know better, ‘Hey listen, the Government you elected is violating your Human Rights and hence we are moving a resolution to apply international pressure on your country’. This ‘pretext’ would appear more appropriate when Sri Lanka had only 6 % literacy among its citizens at the time Britain washed its hands off Ceylon back in 1947 in the face of world communist onslaught. But now with the country’s literacy rate at 90%, the present day Sri Lankan’s, in Britain’s perspective, are not good enough to know what is good for them. Hence Britain has assumed the role of an arbiter to ‘sought them out’.

This reminds us of similar European colonial acts of ‘charity’ towards small nations in the history of human kind; as they offered to educate Aborigine children in Australia, to civilize Maoris in New Zealand and to provide accommodation to Inuit people in Canada. However, it was the offer to distribute blankets to the Red Indians ‘to save them from the extreme climatic conditions’ that take the cake, and they all were infected with the small pox virus! Today, all these communities, having availed this charity of Britain and its ‘core’ group’, belong to world history. Therefore, just as Tony Blair opined that there were ‘Weapons of Mass Destruction’ in Iraq, Britain today opines that there are ‘Human Rights violations’ in Sri Lanka.

This is mainly because they are concerned about the minority Tamils in Sri Lanka, the same Tamils they brought to Sri Lanka as indentured labor to Ceylon, en mass in shiploads under conditions akin to transport of cattle. These indentured cargo, once unloaded in Ceylon’s coast, were made to travel to the country’s highlands, a distance exceeding 400 miles, through the jungle by foot and those who die of exhaustion and ill health in the process were thrown to the wolves. Then their new aboard in Ceylon was a line room of 10 feet by 20 feet for each family with a common toilet for 20 families.

This import of mass labor was the result of Britain’s failure to convert the indigenous population of Ceylon in to slave labor for the estates they started in Ceylon. Having destroyed the indigenous cultivations and the livelihood of the native Sinhalese they imposed Pol tax and Dog tax on the natives. The brutal atrocities committed on the Sinhalese by the British, led by Brownrig and Torrington in the 19th century is well documented even in the US archives. They deprived the natives of their staple diet, rice, and ordered ‘every tree that bore fruit’ in populated areas such as ‘Welllassa’, be chopped down. That is not all, and they lynched the death sentence on every able male in those rebel areas. The colonial masters also realized the threat of Ceylon’s traditional irrigation system of water tanks and irrigation and dumped dead bodies in to tanks to poison those while also converting those to be sources of malaria to contain the rebelling Sinhalese.

Gun powder was first discovered by the Chinese in the 9th century but it was not called ‘gun powder’ then as the Chinese used it only to make fire crackers. The moment it was brought to the West by Arab traders, the fire cracker powder was made in to ‘Gun powder’ by the west and that was the beginning of colonial inquisition in to peaceful and idyllic small nations by the western powers. Thereafter, the West obeyed the ‘Bulls’ from the Catholic Church to ‘civilize’ all nations that did not believe in the GOD of their Church. Thus they not only ‘civilized’ those nations but converted their lands to be sources of raw materials for the West’s industrial revolution.

‘Divide & Rule’ is not a policy to administer colonial properties only but it will just as well suit in the maintenance of the post war status quo in world affairs. There are very few homogenous countries in the world and hence the best way to keep these ‘up and coming’ nations at bay is to decimate them. Inveigle the minorities in every country with ‘human rights violations’ and prevent their nation building and that way you can continue to make their development only a dream thereby preserving the post- colonial status quo. The challenge today is to prevent the ushering of the Asian century as predicted by many experts on world evolution. What would be the status of Europe and its access to world raw materials, if the middle classes in China, India and the rest of Asia achieve similar standards of living? Therefore, exacerbate their differences and create new ones where needed and ‘violations of human rights’ is just the modus operandi for all that. Bifurcating Sri Lanka could be a water shed event that will disintegrate India and with that there will be no more Asian century to usher in.

Thus NATO’s humanitarian wars across Yugoslavia, Libya, Syria and Ukraine are just designed in decimating nations. Keep them small and manageable as against threatening mega nations like China and Russia! That is why a few hundred Uighur Muslims in China is more important than millions of Muslims killed in Iraq, a few thousand privileged Tamils in Sri Lanka deserves attention over thousands of women and Children killed in Yemen.

Britain’s economy today, devoid of its ‘commonwealth’ plunder, no longer enjoy the manufacturing status it ones did. 80 % 0f the British economy is of the service sector and that is thanks to tourism. There are still people who like to see the splendor of their once colonial nerve center. However, British economy leaped frogged the Indian economy this year and that is mainly due to its war supplies to Saudi Arabia to kill Yemeni women and children. Britain is the chief armament supplier in the war against Yemen. No, the human rights of Yemenis will not be violated because they will be no longer among the living!

Sri Lanka is a country that suffered from terrorism for 33years with civilians of all communities being subjected to the jack boot of the world’s most ruthless terror outfit. The death rate then was approximately 14 people every day. That however, did not bother Britain as the ‘divide and rule’ status quo in its former colony was triggering all that killings in a process to establish its post independent communal hierarchy. But now this hierarchy has been established and now there is peace and development in its former colony. This certainly is a cause of concern for Britain now. They are not fighting anymore and if the Tamils eventually get assimilated as Sri Lankans that should mean a birth of a nation. This certainly is a threat to the current world status quo, and hence demands that Britain should step in, to inveigle the minorities. Dangle ‘human Rights’ before them and it should work to create chaos again!