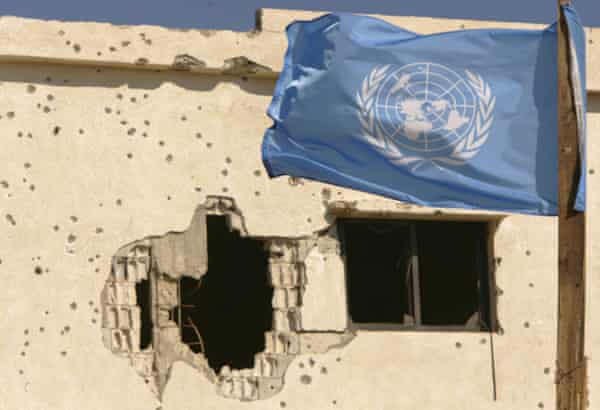 Most alarming in the Report is the obvious political bias expressed in favor of the last government and against the present government. This should not be the case in a human rights report.

On 27 January 2021, the Office of the UN High Commissioner for Human Rights issued a report, on behalf of the Commissioner of course, titled ‘Promotion [of] Reconciliation, Accountability and Human Rights in Sri Lanka.’ As we can typically see from recent activities of this Office, the report is more of a political report than a human-rights one.

A credible human rights report should be unbiased and objective, focusing on human rights and human rights violations of the people without dragging on political matters or preferences. The purpose of such a report for the Human Rights Council should be to enlighten the member countries about the facts and evidence of the past or the present to engage in a constructive dialogue with the country concerned, and recommending necessary steps to promote human rights, reconciliation, and accountability.

Especially of a country where extremism and terrorism have been recurrent problems, such reports should particularly be careful not to give excuses (uda geddi) directly or indirectly for such movements to reemerge.

There is a clear focus in the Report on the year 2020 where a new government was elected by the people overwhelmingly right or wrong. Criticizing such a government is primarily a matter for the people in the country and is a political matter even for outsiders. Even in the Summary itself it says,

“The High Commissioner is deeply concerned by the trends emerging over the past year, which may represent early warning signs of a deteriorating human rights situation. The report highlights that developments over the past year have fundamentally changed the environment for advancing reconciliation, accountability and human rights in Sri Lanka, eroded democratic checks and balances and civic space, and reprised a dangerous exclusionary and majoritarian discourse.”

There is no mentioning of the terrorist attacks in April 2019 or the government crisis in October 2019 (to say the least) which in fact marked the deteriorating security and human rights situation in the country. It appears that the human rights ‘advocates’ at the Commissioner’s Office do not accept that peoples’ security in a country (let alone national security) is a necessary condition for the protection and promotion of human rights. This is a fundamental defect in the ‘Western’ thinking of human rights to my experience and knowledge on the subject.

It may be the case that the Commissioner’s Office is angered or prejudiced by Sri Lanka’s decision to withdraw from the previous co-sponsorship of the Human Rights Council resolutions in February 2020. Apparently, that is why the year 2020 is marked. The paragraph 2 of the Report expresses this dissatisfaction.

It must be understood that in independent and sovereign countries there can be different views on the matter of ‘co-sponsorship’ and if this understanding is lacking on the part of the Commissioner’s Office, there cannot be proper understanding of human rights or freedoms. In this case of a country.

Part II of the Report tries to give a distorted and even a dangerous picture of the origins of insurrections, armed conflicts, and violence in Sri Lanka. Paragraph 7 begins with the following sentence.

“Sri Lanka’s armed conflict emerged against the backdrop of deepening discrimination and marginalisation of the country’s minorities, particularly the Tamils.”

Mind you, there was an armed conflict in 1971 without any connection to the Tamils or discrimination against the Tamils. Most of these armed conflicts emerged (1971, 1983-2009, 1987-89) because of political objectives (or aspirations) above and beyond social grievances. Or otherwise, there were democratic and peaceful means to rectify them although arduous and slow.

The phrase ‘against the backdrop’ in the statement may appear sobering the implied connection between the ‘armed conflict’ and ‘discrimination of minorities.’ However, it is a direct or indirect justification of the LTTE’s ‘armed conflict.’ It is also not correct to characterize the ‘armed conflict’ as between two equal contenders. Those were armed insurrections against a democratically elected government.

The report refers to that again more explicitly again in implicit justification. It goes like the following.

“The 30-year war between the Government and the Liberation Tigers of Tamil Eelam (LTTE), as well as earlier insurgencies in the south, were marked by persistent and grave human rights violations and abuses by both parties, including extrajudicial killing, widespread enforced disappearances, arbitrary detention, torture and sexual violence that affected Sri Lankans from all communities. (My emphasis).

Could the resort to arm struggles by the LTTE or the JVP be justified by human rights violations? In my opinion ‘No’ particularly in a democratic or even in a semi-democratic country. Although the statement says, ‘violation and abuses by both parties’ what is mentioned here are ‘extrajudicial killings’ ‘enforced disappearances’ ‘arbitrary detention’ ‘torture and sexual violence,’ usually referred or attributed to a State.

Most alarming in the Report is the obvious political bias expressed in favor of the last government and against the present government. This should not be the case in a human rights report. Paragraphs 15 and 16 are very clear on this matter. First para begins:

“It was at this juncture that a national unity Government, formed in January 2015, made important commitments to confront the past, strengthen democratic and independent institutions, and end impunity.”

This is a clear example that the Commissioner or the Commissioner’s Office has a clear political bias over political matters, party politics and democratic governmental changes within a sovereign and an independent country. While pointing out some inconsistencies and delays, the Report further states:

“Nevertheless, Sri Lanka seemed to be on a new path towards advancing reconciliation, accountability and human rights. The developments since November 2019, however, have reversed that direction and, instead, threaten a return to patterns of discrimination and widespread violations of human rights experienced in past decades. (My emphasis).

As an academic representing the World University Service (WUS) before the UN Commission on Human Rights and the Sub-Commission during 1984-1991, the present situation at the Human Rights Office in Geneva appears extremely sad. I have never seen an extremely political report such as the present during that time.