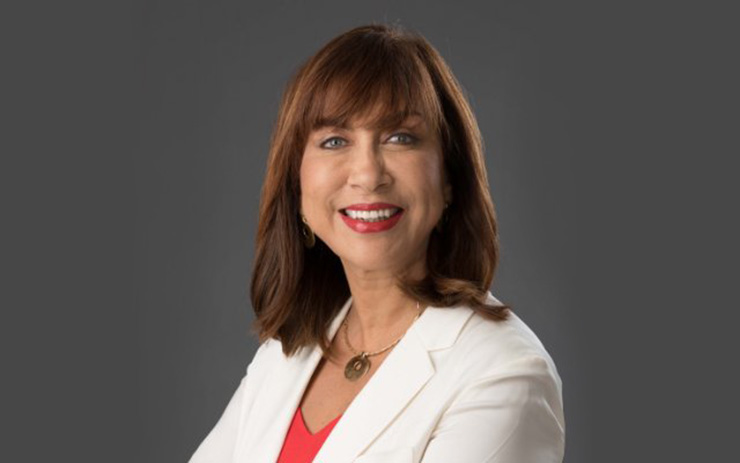 UN Resident Coordinator Ms Hanaa Singer’s outrageously meddlesome missive offering unsolicited advice on governance (November 12, 2020) to Prime Minister Mahinda Rajapaksa, with copies to the Minister of Foreign Relations Mr Dinesh Gunawardane, and Minister of Health, Nutrition and Indigenous  Medicine Pavithra Wanniarachchi hasn’t still elicited an official response from the Government; neither has it drawn any comment from the Opposition, at least by the time of writing. But concerned Buddhist monks and lay activists and other ordinary citizens who really care about the country, active  in the social media, have already expressed strong disapproval of what they consider to be her brash overstepping of the legitimate boundaries of diplomatic protocol relating to her job in Sri Lanka as an employee of the United Nations. They are within their rights for they are the well informed nationals of the democratic Sri Lankan state, where every citizen has an inviolable claim to a share in its sovereignty, and can question the legitimacy of words and actions of a non-citizen of whatever capacity who seems to dictate terms to the least of them, let alone to those lawfully and democratically elected to execute sovereign power on behalf of all the citizens.

Ms Hanaa Singer is the most senior UN official in Sri Lanka. When she presented her credentials to the then president Mr Maithripala Sirisena in September 2018, she assumed duties in a dual capacity as UN’s Resident Coordinator and UN’s Development Programme Resident Representative for Sri Lanka. However, as a result of a UN reform process in January 2019, the second job was given to another UN functionary, and since then Ms Singer has held only the key post of UN’s Resident Coordinator for Sri Lanka. In that capacity, she leads the UN Country Team of 22 Resident and Non-Resident UN  Agencies. She represents the UN Secretary-General in Sri Lanka.

Before her assignment to Colombo Ms Singer held a number of senior managerial positions in the UNICEF offices across the globe, particularly in Asia and Africa. She was Associate Regional Director UNICEF Geneva; she was Country Representative for UNICEF in Syria, Nepal, Kazakhstan and Azerbaijan. Ms Singer also led humanitarian programmes in Burundi and Haiti, and managed cross border operations including those to Afghanistan and Iraq. Ms Singer claims nearly thirty years of experience with the UN. As she comes from Egypt, she may be expected to be familiar with the problem of Islamic extremism that is  plaguing the whole world. An estimated 90% of Egyptians are Muslims, and most of them are Sunnis, with a small minority of Shia Muslims, and an even smaller minority of officially unrecognized Ahmadis.

Until recently, the majority of the mainstream traditional Muslims used to be Sufis who were sufficiently, almost seamlessly, integrated into the very tolerant Buddhist and Hindu cultural communities. Unfortunately, that peaceful religious coexistence is being threatened by the recent incursions of Salafist and Wahhabist extremists allegedly sponsored by Sunni Islamist Saudi Arabia. The 2019 April Easter Sunday church and hotel bombings which killed over 250 and injured more than 500 innocent men, women, and chidren, leaving some maimed for life, were carried out by some young Muslim suicide bombers who had been indoctrinated and trained by these extremist ideologists. There is a danger of such extremists exploiting the volatile sensitivities of sorrow stricken Muslims in this Covid-19 situation who, like people of other religions, are in need of emotional succour and are looking towards the traditional source that provides it.

While expressing her/UN’s readiness ‘to provide any relevant support on this matter’ (the burial problem), Ms Hanaa Singer tells the PM that ‘dignified handling of bodies of persons dead of Covid-19 virus has been an important part of the COVID-19 response’ (as if he is unaware of this). What material support can she provide on the burial matter? She reiterates ‘the concern of the United Nations with the existing Ministry of Health guidelines which stipulate cremation as the only method for the disposal of bodies suspected of COVID-19 infection’. Why should the UN be ‘concerned’ about the Health Ministry guidelines which order the cremation of bodies of persons scientifically confirmed dead of COVID-19? It is not a case of disposing of bodies ‘suspected of COVID-19 infection’. Ms Hanaa’s ‘concern’ reveals her  unfounded suspicion that the government is abusing this situation to discriminate against Muslims. The government and the rest of the population have other prob;ems to worry about.

Ms Singer refers to WHO circulars issued on March 24, 2020 and later the claim that ‘…..based on current knowledge of the symptoms of Covid-19 and its main modes of transmission (droplets/contact), the likelihood of transmission when handling human remains is low….’. This sort of harebrained wisdom, though it comes from the WHO (which is also manned by ordinary mortals), is unacceptable in a lethal situation. Let’s take a domestic example. Suppose you have a child who is allergic to peanuts, and that once, feeding him a peanut containing yoghurt almost killed him. Now, a friendly visitor brings him a chocolate. But before giving it to him you check whether it is safe for him, so you look at the wrapper and read the cautionary information printed there: it says ‘This product may have traces of peanut oil’. Will you allow your child to eat the chocolate? No, at all. Why expose your child’s health, or even his life to danger for the sake of a chocolate?  In the current pandemic situation, while obeying the broad WHO guidelines, each country must adopt measures that best suit local conditions as determined by qualified local experts, not by interfering politicians or diplomats. Burial of infected bodies in the current situation is dangerous because of its potential for contamination of the aquifers, which, in most parts of the country are quite shallow. In Sri Lanka, around 80% of the population in the villages and some people even in Colombo and suburbs obtain their drinking water from wells.The Covid-19 virus is a dangerous new virus which is still being studied by scientists. If the expert scientific opinion right now is that there is a real danger or even a likelihood (be it high or low) of groundwater contamination with this deadly virus as a result of burying corpses of Covid-19 victims, then religious sentiment will give way to science in any civilised country where the vast majority of people depend on groundwater for drinking  and other domestic purposes. This applies equally to people of all faiths.

It is not only the Muslims who traditionally only bury their dead; Christians also do. Buddhists and Hindus either bury or cremate, though they prefer the latter mode of disposing of the dead, after the performance of elaborate funeral rites, which in the case of Hindus take the longest time to complete among the four religious communities. They also feel as acutely as Muslims do in situations of bereavement.

Apparently forgetting this Ms Singer warns our Prime Minister: ‘In the same context, I deem it important to inform you that I have received impassioned appeals from within and outside the Muslim community that perceive the current policy on burials as discriminatory. Against this background, I fear that not allowing burials is having a negative effect on social cohesion and more importantly, could also adversely impact the measures for containing the spread of the virus as it may discourage people to access medical care where they have symptoms or (a) history of contact.’

Instead of so undiplomatically lecturing to the PM, Ms Singer, should have educated the Muslims and others who, she says, appealed to her for undue intervention in a domestic nonissue like this about the fact that subjecting Muslims and others to the same health guideline which makes cremation mandatory is not discrimination and that the Sri Lankan leaders are not so mean or so lacking in selfconfidence as to make the Covid-19 pandemic emergency a pretext for discriminating against a minority. Ms Singer, it is not ‘not allowing burials (that) is having a negative effect on social cohesion’, it is cases of unwarranted intervention like yours that tend to destroy Sri Lanka’s social cohesion.

Her parting shot is: ‘I recognize that during epidemics, for reasons of public health, Governments often need to take difficult, and at times unpopular measures. However, in this case, the negative consequences of not allowing burials seem to outweigh any potential epidemiological benefit. Considering the evidenced-based (sic) guidance of World Health Organization, as well as the commitments of the Government of Sri Lanka to uphold the rights of all communities, I therefore express my hope that the existing policy be revised so as to allow the safe and dignified burial of COVOD-19 victims’. In view of what I have written above, Ms Singer’s argument has little merit here. It only shows her own bias. How justified is she in allowing her personal biases to get in her way of judgement in the performance of her duties as an international civil servant who is certainly not a plenipotentiary?

Articles 1 and 2 are described under Chapter 1 of the Charter of the United Nations signed in San Francisco on June 26, 1945 (Kindle version of the UN Charter published in the US by Praetorian Press, LLC  2011)  which deals with the purposes and principles that determine its mandate. Article 1 is about maintaining international peace and security through collective measures for the prevention and removal of threats to peace, to develop friendly relations among nations based on respect for the principle of equal rights and self-determination of peoples, to achieve international co-operation in solving international problems of an economic, social, cultural, or humanitarian character, and to be a centre for harmonizing the actions of nations in the attainment of these common ends, etc. The ‘international’ nature of the UN’s responsibility should not be forgotten. The UN cannot poke its nose into a country’s internal affairs on somebody’s whim.

Article 2 stipulates the principles in accordance which the purposes stated in Article 1 are to be pursued: Item No 1 of Article 2 states the crucial principle of the sovereign equality of the member states: ’The Organization is based on the principle of the sovereign equality of all its Members’. This and the other six principles specified in Article 2 implicitly emphasize the necessity for the UN as a single body and for all its individual members to desist from interfering in the internal affairs of member states. Items 4, 5, and 7 of Article 2 are especially important in this connection.

However, the important Item No 7 contains an exception to the observance of this principle.  Here is Item No 7 in full: ‘Nothing contained in the present Charter shall authorize the United Nations to intervene in matters which are essentially within the domestic jurisdiction of any state or shall require the Members to submit such matters to settlement under the present Charter; but this principle shall not prejudice the application of enforcement measures under Chapter VII’. When we read Chapter VII (i.e., Articles 39-51), it becomes clear that for any intervention or interference (which should only be of a non-military kind – such as, in the form of travel embargoes, trade sanctions, etc.) to be imposed, the unsettling domestic issues must be on a scale that calls for UN Security Council involvement. The burial (non)issue is not likely to assume such importance.