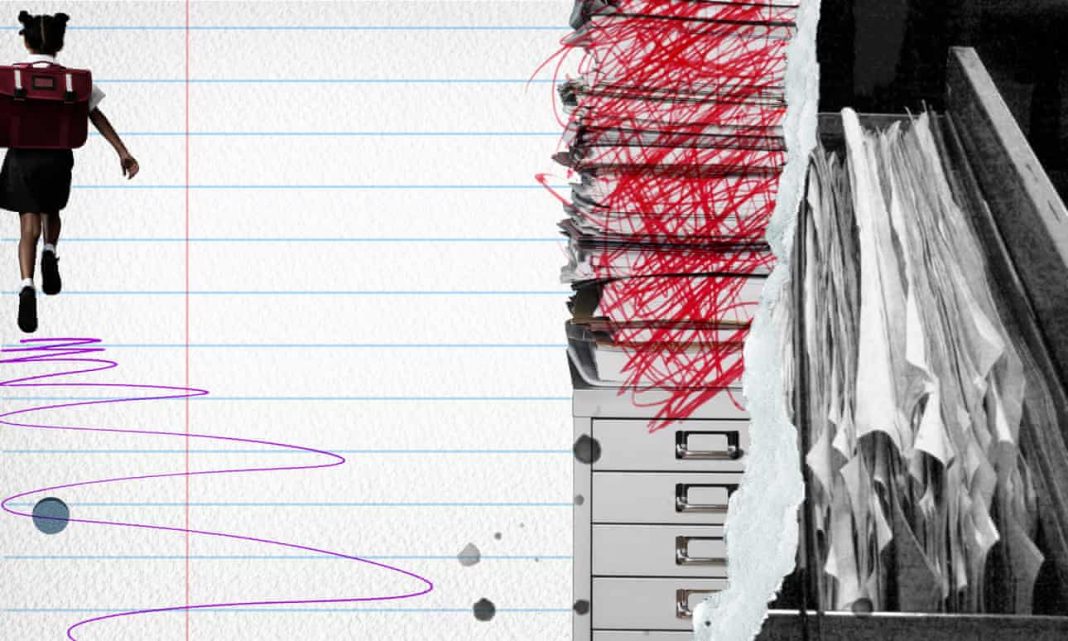 UK schools recorded more than 60,000 racist incidents in the past five years, the Guardian has found, as experts accused the government of failing to meet “basic safeguarding” measures by hiding the true scale of the problem.

Freedom of information (FoI) requests sent to 201 councils and about a fifth of England’s multi-academy trusts uncovered a total of 60,177 racist incidents – a racist incident being defined as any situation perceived to be racist by the alleged victim or any other person, including unintentional racism.

The true scale is thought to be far higher,because in 2012 the government advised schools that they had no legal duty to report racist incidents to local authorities. Further guidance issued in 2017 added that schools were not obliged to record any form of bullying.

Anne Longfield, the former children’s commissioner for England, described the new figures as worrying. “They’re very high and given that there isn’t a requirement to report, it feels that this could be just the tip of the iceberg. The response [to racism] needs to be much more informed by data,” she said.

Lady Falkner, the chair of the Equality and Human Rights Commission, said: “Schools should be mandated to collect and monitor school bullying incidents and to specifically record incidents of prejudice-based bullying. This should also be reported to local authorities, so that these can target resources to areas [with] high rates of bullying.”

Through FoIs94 councils disclosed 31,653 racist incidents between 2016-17 and the current school year: 25,714 in England, 3,966 in Scotland and 1,966 in Wales. Two hundred and twenty-six multi-academy trusts in England disclosed 36,063 racist incidents over the same period, of which at least 28,524 were not reported to councils.

For context, there are 1,199 multi-academy trusts and 1,419 single-academy trusts in England. One hundred and nine local education authorities in England and two councils in Wales said they no longer collate the data. These included the majority of the most ethnically diverse local authorities in the UK, such as Manchester, Bristol and all bar two London boroughs.

School records usually contain details of these incidents – for example, whether it involved physical or verbal abuse; whether the alleged victims and perpetrators were pupils, teachers or other adults – along with any action taken, such as whether the matter was reported to the police or another agency.

David Gillborn, a professor of critical race studies at the University of Birmingham, said: “If the evidence that we can get points to there being an epidemic of racism in schools and yet there is no reliable data at a national level, then the government can’t guarantee that they’re meeting basic safeguarding let alone producing a world-class education system. It suggests that the government’s attitude is, at best, one of ignorance and disinterest.”

Of those councils that collate racist incidents, Hampshire disclosed the highest number, with 3,728 reported by local schools from 2016-17 to 2018-19, followed by Kent with 2,319 for the same period. Both councils have yet to collate figures for the past two years due to the Covid pandemic. Third was Norfolk with 1,368 racist incidents, though it had yet to collate data for autumn 2020.

The multi-academy trust that disclosed the highest number of reported racist incidents – 1,657 over five years – was United Learning Trust, which operates 76 academies. Ormiston Academies Trust, which operates 40 schools, disclosed the second highest number: 1,138 over five years. Not all schools in each multi-academy trust reported racist incidents. For example, only 27 out of 58 schools in Academies Enterprise Trust did so in 2020-21.

The multi-academy trusts surveyed also disclosed 4,486 fixed-term exclusions for racist abuse but only 37 pupils were permanently excluded over five years. Delta Academies Trust, which operates 51 schools, imposed the most exclusions – 174 fixed-term and one permanent.

All the councils mentioned said the figures were high because they still encouraged schools to report the data. The trusts mentioned are among the largest in England.

Politicians, academics and anti-racism campaigners said the findings showed the government should collate a nationwide picture.

The mayor of London, Sadiq Khan, said: “The lack of clarity from government about reporting [racist] incidents makes it harder to understand its prevalence and therefore tackle the issue. It’s important that the government sends a clear message by requiring all schools, regardless of their status, to report incidents to their local authority.”

The situation is starkly different in Scotland, where the devolved government expects local authorities to monitor incidents of racist bullying in schools. A new system for recording all types of bullying has also led to significant rises in the number of racist incidents reported in recent years. For example, Edinburgh city council recorded 199 racist incidents in 2018-19 but after the introduction of the new procedures it recorded 245 incidents in just the first term of the current school year.

John Swinney, the deputy first minister of Scotland and cabinet secretary for education and skills, said the reforms were intended to better gauge the prevalence of racism and other prejudice related-bullying in schools. He added: “If it really matters to you to eradicate this, you’ve got to know what the extent of your problem is.”

Alison Dickie, a Scottish National party councillor and vice-convener of the education, children and families committee at Edinburgh council, said the rise in reports of racist incidents under the new system reflected that previously “underreporting was a major issue”.

Roz Chadd, a councillor who is Hampshire county council’s executive member for education and skills, said its high figures reflected the fact it requested data from all local schools, including academies. She added: “Over the last three years we have had a 100% submission rate. The data is valuable for ensuring that we provide appropriate and effective support to our family of schools.”

David Adams, Kent county council’s interim director of education, said it continued to urge schools to report racist incidents to the local authority so they could identify patterns in discriminatory behaviour and how they could be better addressed.

John Fisher, the cabinet member for children’s services at Norfolk county council, said: “While the most recent data shows an increase in the number of reports this may be a reflection in the ability of the school community to identify, respond and report, which we welcome.”

A spokesperson for United Learning Trust said: “Unsurprisingly, given we are the largest MAT [multi-academy trust] in the country, our figures will be higher than others. The data alone is meaningless, however, without an understanding of how schools respond to incidents and how students and staff are treated when incidents are reported.

“Our commitment as a trust to promoting diversity and to tackling discrimination wherever it occurs is sincere across all our schools.”

A spokesperson for Ormiston Academies Trust said it unequivocally condemned racism. She added: “The number of racist incidents in our schools last year equated to an average of 0.007% per pupil. Fewer than one in six of these incidents warranted a short-term exclusion and none a permanent exclusion. However, we take any incident of this nature extremely seriously and will continue to do so.”

A spokesperson for Delta Academies Trust said: “We are meticulous in recording incidents of this nature but it is important to note that these figures cover a five-year period across a large trust of 51 schools, so the rate of incidents per school a year is very low.”

A Department for Education spokeswoman said: “There is no legal requirement on schools to report racist incidents to their local authority but some schools and local authorities may have their own arrangements in place.”