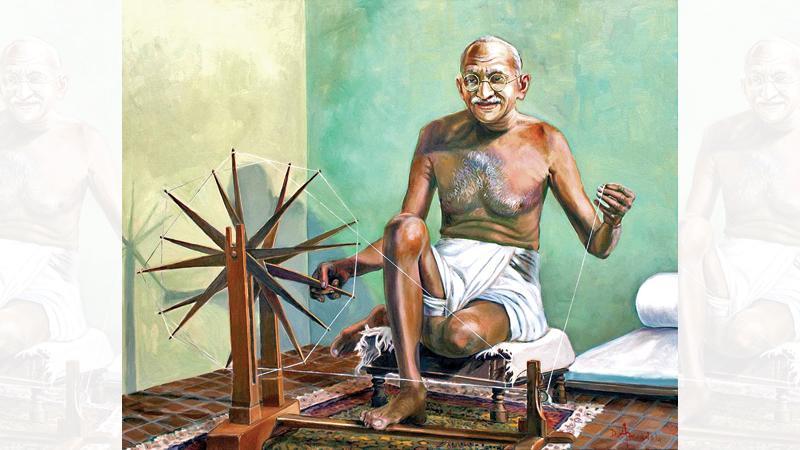 Two weeks is a very long time in politics and the Opposition types hope that somehow that adage rings true for them and that there will be a fortnight in the very near future that would propel them back to power. But their optimism may be rather premature because the reverse of that is true as well, and two weeks can be a very short time for a ruling dispensation for that matter too. In two weeks a country in crisis can spring back from the brink and prove all the pundits wrong in the bargain.

The leadership of this Government has a fortnight of this nature etched in their memory. There were the two weeks of transition that began at the Nandikadal. Those two weeks changed everything, and a Government that was on the brink of financial disaster sprang back and recalibrated just enough to secure a near two-thirds majority at the election that followed.

It needs two good weeks — and that holds good for government or opposition, granted.

One thing the regular pundits don’t understand is that the people always confound them. In Colombo, the foregone conclusion in 2010 was that Sarath Fonseka would win the election. But the people were not willing to forget those two weeks that changed the course of the nation.

In 1977, the Sirima Bandaranaike Government was given the boot, even though the pundits were sure that the people were in love with the dear leader’s back to the land policies.

Today, people say that Sri Lanka lost its only golden opportunity after the Bandaranaike coalition was sent packing in the 77 watershed general election. But this thinking is good for folk who are masochistic. The 70-77 era was an unmitigated disaster. The people were made to suffer, but anyone who says there was a tangible gain ought to get their heads examined.

There was no export industry that acquired significant traction during those miserable seven years. Are the pundits who romanticise the Sirima era saying that exports were unnecessary, and that we could live as an island oasis in splendid isolation because we were ‘self-sufficient.’?

We weren’t. That was the hitch. The people were almost made to walk in the nude. They were given two yards of polyester on ration, and it was not as if there was any alternate industry here that was producing anything.

At least Gandhi said ‘spin your own span cloth.’ It was symbolic. But the dear leader here wanted the people to live on rationed polyester.

There are some who dare to blame the people for not seizing the 70s opportunity. What opportunity was that? The opportunity to wallow in misery while Dasa Mudalali was living it up with his family and extended family because he and a few other cronies had been given the monopoly to export the few essentials that the people were permitted?

At least Cuba could be admired for excellent health services. Today the Cubans have produced their own Covid vaccine. Under the dear leader we didn’t make any significant advances in providing excellent healthcare though the free healthcare we get to this day was available. The pundits still the 70s Bandaranaike policy was important on a matter of principle, and that the people were unwilling to make the sacrifices.

Sacrifice is not machoism. Who said sacrifice is to wallow in misery while a few lived it up and the majority suffered because nothing was delivered? Anyone wonders why the great communist experiment failed, not just in the Soviet Union and East Germany and the entire pro-Soviet eastern bloc, but in China as well? There is a Communist Party in China running the country today but is the country communist?!

The same nonsense that took place here in the 70-77 era took place in the Soviet bloc those days with the communist party cadre living it up with the privileges accruing from being in office, and the rest of the country suffering in silence because under the great Marxist experiment they couldn’t manufacture a table or a sausage, and the people were facing shortages of every imaginable commodity.

But two weeks could have changed the fate of the Bandaranaike Government. If in two weeks in 1975 say, Mrs. Bandaranaike decided to engineer the same transformation JR Jayewardene initiated post 77, she could have survived and not suffered the most ignominious defeat that any leader in this country had faced, being reduced to a mere eight seats in parliament.

To many nationalist purists this would sound insane, and sacrilegious. JR Jayewardene was called Yankee Dicky and wanted to let the robber barons in.

It’s true that Jayewardene introduced a different kind of malaise in this country and was by certain yardsticks one of the worst leaders we had. He encouraged corruption and was responsible in many ways for the violence that consumed the nation in 1983 and thereafter. But, do remember that there was an insurrection in the Bandaranaike era in 71 as well.

The point is that Jayewardene despite all his faults and failings ended the national nightmare of the Sirima era and brought about the relative prosperity of today.

If this sounds a joke it is not, because today, even in the throes of a pandemic, the people have by and large enough to eat, they have the basic necessities and are not going around in the near nude because they have to secure two yards of polyester on ration. There is no comparison.

Today is utopia compared to what was happening in the country between 70 and 77, and this is due to the solid economic foundations that JR Jayewardene laid with his decision to liberalise the economy early, even before most of the other giants in our continent such as India and Bangladesh did. Of course he would have gone too far in one direction and demolished the few factories that we had producing paper, or sugar and he would have inculcated a culture of importation excess. But his economic experiment was by and large a success, and the relative prosperity under any Government that came after that, is owed to that transformation.

Hypothetically Sirima Bandaranaike could have survived in power if she took two weeks to begin the same transition that Jayewardene engineered in 77. Not that the stubborn and tone deaf Bandaranaike who said ‘people don’t live to eat’ would have thought of anything of that sort. We are just being hypothetical here.

It takes two weeks. Any opposition that is gung-ho, that it could ride to power because there is a pandemic should remember that the unexpected happens in politics. The Jayewardene transformation in 1977 was in and of itself a totally unexpected turn of events. Of course, there was a change of Government that brought about that turn of events, but it could have happened without one if the previous Government made a 180 degree turn.

What’s required of this Government is not a 180 degree turn. It simply needs to make adjustments — perhaps radical adjustments yes, but adjustments that constitute a significant course correction. It could happen and simply put, no Government is beyond redemption.

The Opposition needs a plan of its own as well, and in the absence of anything that appears remotely like a well thought out plan, it seems the opposition SJB has no chance if the current administration is able to turn things around with the economy. There are other areas that need adjustment as well but if the economy starts booming again, the people could reassess relative merits — without simply voting for the available alternative.

There are many stories of Governments that have been written off and survived. There are exit polls that have regarded certain Governments as dead on election day but viola when the only poll that matters, the one in which the people vote is tabulated, the exit poll people end up looking like clowns. It happens every now and then though not often. It’s a cautionary tale for anyone who thinks politics is static, and linear.