Turning the page on the culture of confrontation 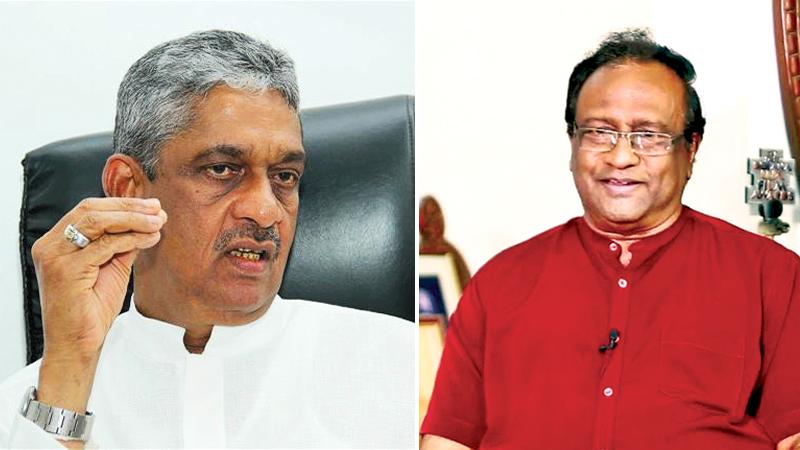 The new indigenous medical cure that an Ayurvedic physician is credited with, has created a certain low-level simmering confrontation between doctors and those whom they view with a certain amount of side-eyed suspicion. Then, there is the other confrontation between Sarath and Sarath, the Sarath who rides high today as Public Security Minister, and the Field Marshal who is diving newer depths daily. There is also, the lighting up of the facade of the British parliament building with the Niyagala flower image, that has led to great outrage, and potential new confrontation.

Confrontation is so integral to life, and sorry if that sounds a homily — or cliché, even. But an excess of confrontation is debilitating, and that’s the point. But at least if there is some light shed on some of the various standoffs of the day, maybe, just maybe, a great deal of heartache may be avoided.

With that intent, here is diving into the medical-arena tensions. At the time of writing, there is much hope, as stated, about an announced Ayurvedic cure for Covid-19, concocted by a local indigenous practitioner.

The doctors — as in practitioners of Western or so-called allopathic medicine as it’s known — are however in a sullen Cold War of rage, because this yen for Ayurveda goes against the grain of their system, but also has some enthusiastic proponents among their own, for some reason.

Apparently some doctors helped conduct the controlled testing that was done on the Ayurvedic cure, and so on, but this has upset most doctors, at least those voicing opinions in their private capacities. They are livid, and reading the riot act to those who are promoting this cure that’s been heralded, and that’s to be expected. Doctors never had any healthy respect for Ayurvedic practitioners, no pun intended.

The state of play is that there is a Cold War brewing now between doctors and the proponents of the Ayurvedic remedy. However, nobody needs to take the doctors who are raising their hackles seriously, if the ‘cure’ in fact cures.

As much as doctors who are reflexively reacting in a fit of pique need to calm down, there is no need to take the claims about the efficacy of the cure as unalloyed truth and nothing but the truth until — well, until people begin to get cured on a large scale due to the new medicinal concoction.

Let the drug pass muster from among the scientific evaluation community. If it does, it can be given — the experts, please do correct me if I’m wrong here — to the Covid-19 patients at the IDH, for instance.

If they begin to get cured at a significantly higher rate than previously — one would almost have to see no Covid-19 deaths at all for this to happen — it could safely be said that the cure works.

Until then notwithstanding whether the doctors cheer, jeer or stay mute, there can be no hosannas for the new ‘miracle cure’ either, because what people are looking for is an effective cure, and not some sort of hurrah and validation for the long-neglected and often unfairly snubbed Ayurvedic medical community.

Of course, tests have to be carried out before the cure is administered, and anyone standing in the way, be that a piqued doctor or a regular or garden variety bigot, should be got out of the way with great dispatch.

So much for that confrontation. The more things change, the more they stay the same may be the lesson we are learning from it. Not so, the confrontation between Sarath and Sarath.

Sarath Fonseka, the claimant of his beloved Field Marshal credentials, said that the new Minister Sarath Weerasekera was shown hugging his police officer son after he took his oaths as a Minister. The Minister let his blunt views be known about Fonseka’s statement, and the latter then went on a rather lengthy tirade saying Weerasekera is an ingrate because it was he — Fonseka — who got him a top job in the army that set him on his successful career path, and so forth.

That’s so much like Fonseka, that you can call it trademark. It is linda langa sangamaya talk, the kind of luscious gossip in other words, that you hear when lissom village lasses meet by the well with their regular Sunlight kete (soap) and a diya redda.

No offence to any pretty village bathers because what’s a communal bath after all, without some lip-smacking prattle about who did what to whom?

The issue crops up, when the Vel Vidane tries to copy the linda langa samgame.

But that’s his nature. May be he was a nubile village bathing girl in his previous birth, but even if you believe in rebirth and that sort of thing, you’d think it was a bit of a stretch …

The man cannot be expected to go out of character. He gossips, and runs his mouth. It’s in his DNA — he can’t help it. As they say in the pithy Sinhala as pithily as they can say it only in Sinhala, who can expect the zig-zagging crab to walk straight? Then of course, talk about being an ingrate. Who was the guy who bad mouthed the same army that served under him — and he had served, who told a foreign broadcaster that he would hand over those who had committed rights violations in that army under him during the war? It certainly wasn’t the newly appointed Minister of Public Security.

Even if Weerasekera was appointed by Fonseka to a top post and was going after the latter due to the latter’s criticism, how does that compare with someone who held the army’s top command position, going perilously close to selling out that army altogether?

Even if somebody did love gossiping, he should probably think twice about talking about the integrity of a person whose character stands out — the only person who cast a vote of conscience against the 19th Amendment, for instance? Fonseka the Army Commander whose idea of fealty to his fighting men was to threaten to hand some over to human rights prosecutors, calls Weerasekera the one man who gave a thumbs down to the 19th Amendment in Parliament, an ingrate? The Grinch envying the driven snow, never mind stealing the Christmas?

The other controversy of the week was hardly a controversy within the country, but to light up the façade of the British parliament with likeness of a Niyagala flower — whose idea was that? Apparently pro-LTTE groups in U.K did it on their own and there was no concurrence by British parliamentarians, at least as far as it is known at the moment. But yet, the silence of the British establishment was deafening. Pro-LTTE groups venerate the Niyagala flower as their symbol.

Can anybody go around projecting images — of cats, tigers, flora — whatever, on the building that best signifies British democracy?

Of course the projection of the LTTE flower symbol — nobody knew they had any such decoration anyway — was a bit of stunt by some bored adventurists, and should on the one hand be treated as such. But the Sri Lankan Foreign Ministry has lodged its protest, and rightly so.

That the British ruling elite turns a blind eye to these antics is not surprising — there is precedent for that. But how ridiculous can this get? Is the British parliament a cheap billboard for hire? Well, the way the British government acts — or doesn’t act — regarding these antics by terrorist sympathisers, must give some people the idea that they really don’t care in Westminster.

In which case, the Palace of Westminster may just be some kind of display board for any Tom, Dick and Harriet to project their insecurities on others.

Who could say the building was not on hire for commercial purposes? House of Commerce, anyone?