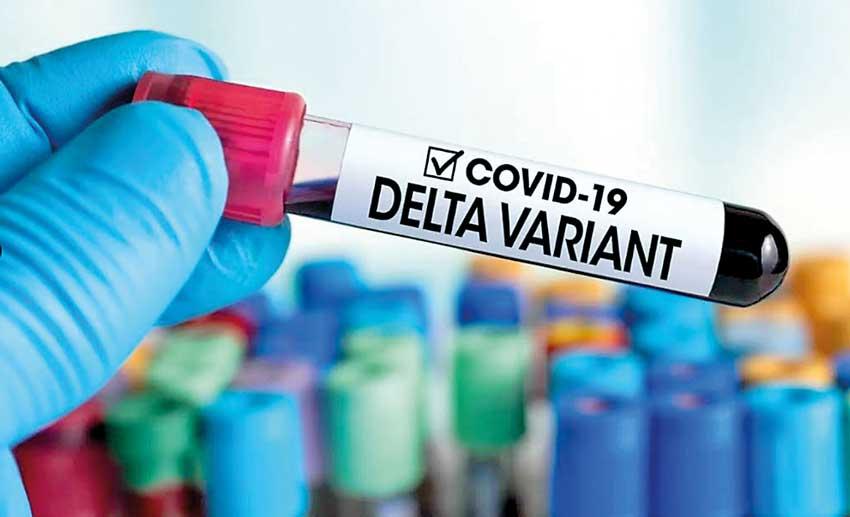 We know that the SLMA played a predicting game not too long ago. As is obvious, it is easy to predict and based on prediction to say ‘lockdown, now!’ The SLMA promised an exit strategy, but we are yet to see it. Predictably, some statements have been played up. Just saying ‘a health professional said’ can give a statement a lot of media play

We need the doctors. The SLMA can play a crucial role in keeping things sober. If things are indeed dire, we need to know the full story. That way the policy makers and the public can respond more effectively

Dr. Padma Gunaratne, President of the Sri Lanka Medical Association (SLMA) warned a few weeks ago that the country is heading toward what she called ‘the first phase of the Covid-19 fourth wave outbreak.’ Doctors, as we know, are playing a wonderful role in combating the pandemic. What doctors say should be taken seriously.

She has said more. She reaffirmed what’s already known; the Delta Variant has entered the country. She also claimed or rather was reported to have claimed that ‘the variant has spread to more than 50% of the people already.’ She has reported to have also said that ‘it is not suspicious that it will be the main variant in the country.’  In other words, she’s convinced, according to reports. It’s not clear whether the aforementioned ’50%’ refers to the entire population or those who are confirmed to have been infected. Let’s assume the latter. It would have been better if Dr. Gunaratne had offered some proof, some data from a reliable source. As things stand, we have to take her word for it.

Should we? We know that the SLMA played a predicting game not too long ago. As is obvious, it is easy to predict and based on prediction to say ‘lockdown, now!’ The SLMA promised an exit strategy, but we are yet to see it. Predictably, some statements have been played up. Just saying ‘a health professional said’ can give a statement a lot of media play. People trust doctors. As mentioned, we know doctors have played and continue to play an indefatigable role in this process. That gives back-up credence, if you will.

Interestingly, Dr. Gunaratne also said that Sri Lanka is heading towards the first phase of the Fourth Wave. Well, that was how it was reported. We do not know if she also mentioned how many phases there can be in any given ‘wave’ and what demarcations separate these ‘phases.’  We don’t even know if she merely intended to say ‘beginning’ as the term ‘first’ implies. One hopes that Dr. Gunaratne (and indeed the SLMA) is more careful in the use of terms and takes the trouble to elaborate if only to prevent wild extrapolation. Of course, the particular reporter should also be more responsible, keeping in mind what vague and ambiguous statements from ‘a professional’ can do to the reader. The last thing we need is panic. We could also do without fear-mongering.

Now here is a headline that ‘works’: ‘SL heading for worst medical tsunami in coming weeks from Delta wave.’ A lot of details are given in the story. Bed-counts, oxygen availability, number of patients and of course more predictions. It is all attributed to leading medical experts. No names. So, if one trusts the particular media institution, one will be worried. However, one must wonder why these experts were not named. There are no disclaimers about the experts wishing to be anonymous. That’s a tad dodgy. Maybe carelessness. Maybe there’s no ill-intention. That’s still not enough. We need to be more meticulous about these things. At least Dr. Gunaratne and doctors in the SLMA can be questioned and one could expect them to answer if they are so inclined. Unnamed ‘experts’ are essentially hiding behind a screen. A comfort zone. At the very least, whatever important things they have to say are invariably tainted by anonymity. One expects more from professionals ‘at the forefront.’

Should we be worried? Yes. I am, for one. If hospitals are constrained, we need to be worried because the health system has to attend to all kinds of patients and doctors have to treat all kinds of illnesses. Each element of the system that gets moved to speak, to deal with the pandemic makes it that much harder to attend to other health problems. The spinoff is what’s worrying, not Covid-19. After all, only 1.02% of deaths reported are of those who received just the first jab and only 0.05% had taken both (for those between 30 and 60 years of age). Of those above 60 years of age, the corresponding percentages are 1.15% and 0.19%. If one considered whether or not the victims had other health conditions such as diabetes, cancer, kidney ailments, high cholesterol etc., the numbers could be even less. Doctors (virologists and otherwise) and the SLMA cannot be unaware of these facts. Why such details are left out only they would know.

The vaccine drive, clearly, will serve to allay a lot of fears about the pandemic itself. It may, over time, sort out ‘hospital-congestion,’ but that’s left to be seen. What is important right now is sobriety. We can do without cowboy statements and cowboy journalism. Doomsday prophets thrive on them. They need that kind of food. Remember how they belched by over-consuming the predictions from Washington University in April? Remember how ‘experts’ (including the SLMA) issued dire predictions? No talk of ‘phases’ back then though, it must be mentioned.

Dr. Gunaratne, back in April, responding to a question put to her in a television interview, offered a valuable observation: ‘what is important is not what people say but the outcome.’ Well, outcomes, by definition, come later. Predictions come before. ‘What people say’ is a lot of what goes into predictions. This is why experts, unlike lay persons, would do everyone a big favour by explaining things, by being careful about language and most importantly by buttressing claims with facts and sources.

We need the doctors. The SLMA can play a crucial role in keeping things sober. If things are indeed dire, we need to know the full story. That way the policy makers and the public can respond more effectively.  More power to the SLMA and Dr. Gunaratne. More power to responsible journalists. More power to truth. We need this ‘power’ to combat lies, distortions, half-truths and full picture prediction based on one piece of a jigsaw puzzle!