Trump or Biden: The world needn’t hold its breath 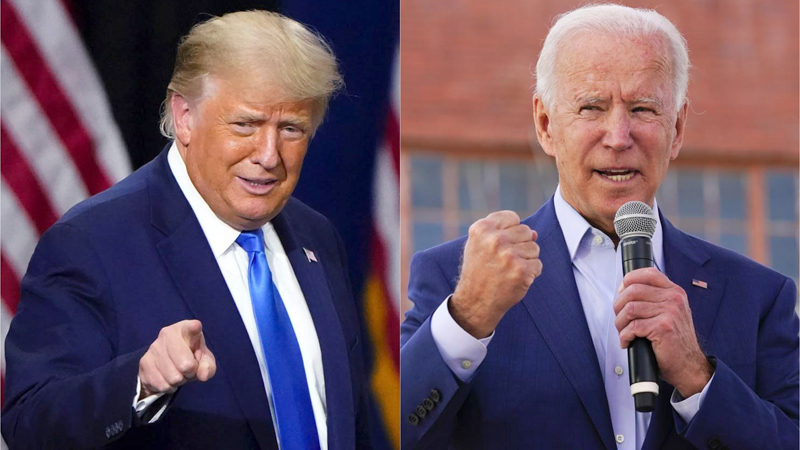 According to estimates based on previous patterns and polls, around 60 million citizens of the USA will go to the polls on Tuesday the 3rd of November, 2020 to help select a President of their choice. ‘Select,’ was deliberate and I will get to that later. On the eve of the election at least 92 million have already voted by post or in person. This is approximately two-thirds of the votes counted in 2016, the large number possibly a product of the Covid-19 situation. It is estimated that the voter turnout would exceed 62%, a record for the last 50 years (the previous being the Obama-McCain race in 2008 where it was 61.65%).

Select. Selection. Yes, not elect and election. The peculiar electoral system in the USA means that although the Democratic Party candidate, Joe Biden, is likely to win the popular vote, this doesn’t necessarily mean he would become the President of the USA. A perusal of the results of major polls predicts incumbent Donald Trump would obtain 38-43% of the vote whereas Biden’s numbers are between 49 and 54%.

There have been five occasions when a candidate losing the popular vote has ended up securing the presidency, the most recent being Donald Trump (over Hillary Clinton) in 2016 and George W Bush (over Al Gore) in 2000. It is all about who wins which States since the winner in each of them secures a certain number of ‘electors’ who, in the end, vote for President and Vice President.

Truly representative democracy is something that is yet to evolve in the USA. Quite apart from the above, there are mechanisms which slant the system against non-Whites. Whether these flaws will work against Biden is left to be seen. As things stand, polls indicate that Biden has a clear edge over Trump across four of the key ‘Swing States’, i.e. Florida, Arizona, Wisconsin and Pennsylvania. Polls do tell us something, but they can’t capture everything. Voters can and have trumped predictors, no pun intended. In any case, we will know for sure once the counting is done.

So. It is either the re-selection of Donald Trump or the selection of Joe Biden. The question is, will it make a difference? There is a question I ask myself and also those who pick one candidate over another in a US presidential election: ‘What’s his/her policy on Cuba?’ That’s the Litmus Test for me. Of course, it all depends where you are and who you are, whether you are a US citizen or not, whether you live in the USA (and if so in which part of the country) or not, whether you are White or not, rich or poor, young or old, have or don’t have health insurance etc.

Racism. Now that’s a serious local issue in the USA. It is, was and is likely to remain a problem. George Floyd, Black Lives Matter, Let Me Breathe etc., are names and terms of the moment, but the ‘moment of racism’ in that country is several centuries long. It has persisted through multiple presidencies and the party of the particular leader has not made a difference.

I spent around seven years, total, in the USA. I was once assaulted by a drunk White man (who mistook me for an Indian, but whose issue clearly was that I was not White). This was in Boston. The year was 1991. That was during the George Bush (Snr) Presidency. I was subjected to racial abuse twice within a matter of a few minutes on a night in Ithaca, NY. The year was 2000. Bill Clinton was the President then.

I have seen racism. I have read about it. I have spoken to victims of the racists every day in the USA. It is not about whether there is a Democrat or a Republican in the White House. A West African emigrant named Amadou Diallo was shot some 44 times by decorated NYPD cops and they were all absolved of wrongdoing. It was apparently a case of mistaken identity. This was during the Clinton presidency. Non-White lives didn’t matter then either. The streets didn’t belong to the people back then either, they are and were owned by racist White cops. Same, same, if you will.

On the other hand non-Whites living in the USA might perceive a difference. A Republican in the White House almost always makes racist White groups feel that some kind of perceived birthright to be bullish has been reinstated. Racist white militias become visible all of a sudden. Non-White people get dissed in public. The ‘subtle’ in racism gets pushed aside and the naked truth of intolerant, racist and violent America (of the US) shifts gears and cruises along at ‘in-your-face.’

Healthcare and education are the other domestic issues that can come into play in a US election. They do have a tough time with xenophobia, but cutbacks during a Republican presidency invariably reminds people of what might have been. Covid-19 made people remember Obamacare, for example. There is a reason why the aging and health-impaired demographics are shying away from Donald Trump.

What about the world? What about it, really? Remember I flagged Cuba? Well, that’s what it is. Donald Trump makes noises. He shoots his mouth. He’s a mouth-shooter unlike any US President before him, Republican or Democrat. When it comes to putting his money where his mouth is, Trump is just another ‘typical President.’ His template is more or less the same which Barack Obama used, which is what George W Bush used and before him Clinton, Bush (Snr) and Ronald Reagan. Framed by corporate and strategic interests. Driven by profit. Focused on plunder, securing and maintaining markets and trumping perceived threats (at one point the USSR, later Japan, then Russia again, now China and who knows who else later on?). What Israel and the Jewish lobby wants is also a significant factor of course.

Will a Biden presidency result in the USA withdrawing all military forces stationed in dozens of countries all over the world? Will Biden remove all sanctions imposed on Cuba? Will Biden honour WTO rules that are essentially the making of US corporate interests and lift all restrictions that Trump imposed on Chinese companies? I want to write, ‘Hell, no!’ That, however, would be a conclusive prediction and I am not into that. Highly unlikely, is what I say.

Whenever people play relative merits regarding Republicans and Democrats, I am reminded of two things. First, a lecture by Noam Chomsky at the Massachusetts Institute of Technology in 1991 where, in the course of explaining US involvement in Central America, he spoke about ‘the entire spectrum of political opinion in the USA.’ He drew a lot of laughs when he brought his hands close to each other and caveated, ‘it’s this thin.’ What he failed to say was, ‘and that entire spectrum for the most part is on the far right.’

Then there’s the line from the movie ‘Reds.’ Louise Bryant (played by Dianne Keaton) is at a Congressional Hearing. A senator asks her, ‘Are there any decent, god-fearing Christians among the Bolsheviks?’

Here’s her response: “Does one have to be god-fearing and Christian to be decent? Senator, the Bolsheviks believe that it is religion, particular Christianity that has kept the Russian people back for centuries. If any of you’ve been to Russia and seen the peasants you might think they have a point. On the subject of decency, senator, the Bolsheviks took power with the slogan of putting an end to the war. Within six months they made good their promise to the Russian people. Now the present President of the United States of America went to this country in 1916 on a no-war ticket. Within six months he’s taken us to the War and 115,000 young Americans didn’t come back. If that’s how decent, god-fearing Christians behave, give me atheists any time. By the way, Senator, in Russia women have the vote, which is more than you can say for this country.”

Former President, Jimmy Carter, put it all in a nutshell recently when he pointed out that in all of its close to 250 years of history, the USA has enjoyed only 16 years of peace, making the country ‘the most warlike nation in the history of the modern world’. ‘Warlike’ is not the preserve of the Republican Party, as mentioned above. It is the heartbeat of Washington. It is the lifeblood of the military industrial complex that is the true edifice of the US Government (the White House is the facade, the show, the lie over which people quarrel while the wheels turn elsewhere).

There’s a war in the USA. There’s fire there. It wasn’t started by Donald Trump and it will not be doused by Biden, if he is selected. That’s a long fire burnin’ but the media won’t talk about it unless the sparks start splattering on journalists, cameras, laptops and newsrooms. The fires without are worse. Wars, all.

A selection, this way or that, in the first week of November, won’t change things. It takes a lot more than a vote. Not worth losing any sleep over.