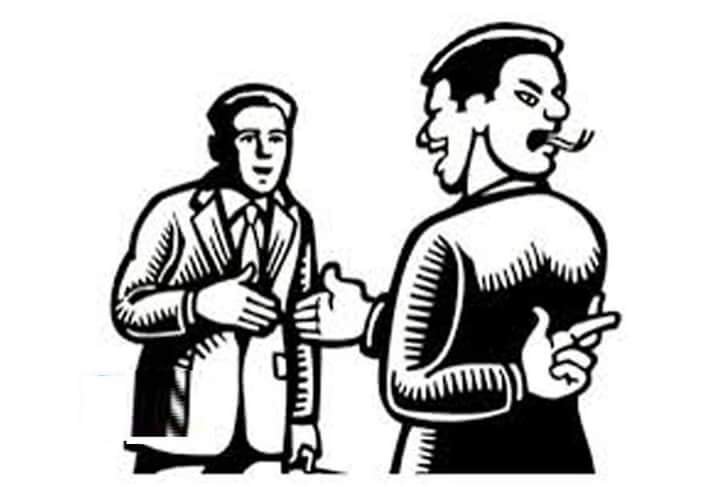 Smaller states located in strategic locations in the world are in the same predicament as poor damsels in rough neighbourhoods; they suffer abuse at the hands of big powers that masquerade as liberators. The US has come forward to liberate Sri Lanka from what it calls a Chinese debt trap!

US Secretary of State Mike Pompeo has come and gone. He uttered some diplomatic sweet little nothings, as it were, in public, but the State Department had delivered its message to Colombo even before he landed here. Couched in diplomatese, it gave Sri Lanka a choice between China and the Western bloc; it can be paraphrased as ‘either you are with us or you are with our enemy’.

Opinion is divided on the much-propagated claim that Sri Lanka finds itself in a Chinese debt trap. The pro-western groups think it is trapped well and truly, and others are convinced otherwise; they maintain that the US and its allies are vilifying China, which poses formidable challenges to the US on all fronts, and has come to Sri Lanka’s assistance.

A trap by any other name is as constricting, one may say with apologies to the Bard. The Millennium Challenge Corporation (MCC) compact, which the US is keen to sign with Sri Lanka, can also be considered a trap, given its subtext and what is explicit in the Acquisition and Cross Service Agreement (ACSA) and the Status of Forces Agreement (SOFA). Anyone who believes that the US is driven by altruism to help Sri Lanka is being naïve.

Following talks with Pompeo, the government grandees are behaving like the proverbial mute who gulped down a bitter herbal concoction or kasaya. Discussions with Pompeo have apparently dumbed their tongues. Before the last general election, they had the public believe that they would not sign the MCC compact, which an expert committee appointed by them has said, should not be inked unless it is presented to Parliament and approved with amendments.

Sri Lanka was made to walk into a trap in the early noughties, when the Tokyo Co-Chairs tied an aid pledge (USD 4.5 billion) to progress to be made in peace talks between the then UNP-led government and the LTTE. Lured by the prospect of receiving a huge aid package, that administration compromised national security to keep the LTTE at the negotiating table, but in vain. Even after the LTTE had walked away from talks, the US and other Co-Chairs, to wit, the EU, Japan and Norway, made Sri Lanka stick to a fragile truce, which the LTTE violated with impunity. That peace process, which the LTTE made the most of it to prepare for Eelam War IV, ended in disaster.

Sri Lanka has been caught in a human-rights trap, which the US laid in the form of a country-specific resolution, in Geneva, and cannot extricate itself try as it might. This resolution has been used to besmirch the reputation of high-ranking military officers who were instrumental in defeating terrorism, making this country safe for all communities to live in, and helping rekindle democracy in the North and the East. The US has imposed a travel ban on incumbent Army Commander and Chief of Defence Staff Lt. Gen. Shavendra Silva and his family, citing unsubstantiated allegations of human rights violations during the final stages of war.

Pompeo gave an evasive answer, on Wednesday, when he was asked to comment on the current status of US action against Lt. Gen. Silva. He said: “It is a legal process in the US. We always continue to review it. We want to make sure we get it technically, factually and legally right.” He has left us baffled. It is before imposing a travel ban that the State Department has to ‘get it technically, factually and legally right’. The act of slapping a travel ban in a hurry and then reviewing it is nothing but unfair.

Washington has earned notoriety for its duplicity anent travel bans related to human rights violations. In 2005, the US denied the then Chief Minister of Gujarat Narendra Modi a visa owing to his alleged involvement in the 2002 Hindu-Muslim riots in his state. The US government insisted that the travel ban on Modi was based on the Immigration and Nationality Act, which ‘makes any government official who was responsible for or directly carried out at any time particularly severe violations of religious freedom ineligible for a visa’. But the White House rolled out the red carpet for Modi after he became the Indian Prime Minister! The US did so because it needed a formidable ally in Asia to support its campaign against China.

As for ‘getting it technically, factually and legally right’, didn’t the US care to consult its own defence expert, Lt. Colonel Lawrence Smith, who was working at the US Embassy in Colombo as its defence attache during Eelam War IV, which ended in 2009? Having studied what had taken place during the war, Smith, attending an international defence seminar, in Colombo, in 2011, dismissed allegations of war crimes levelled against the Sri Lankan military. Forty countries were represented at that event. Is it that the State Department chose to ignore his evidence-based observations and embarked on a diplomatic witch-hunt? It is a shame that the Sri Lankan Foreign Ministry functionaries did not allow journalists to question Pompeo freely on this issue; they allowed only one journalist to raise questions.