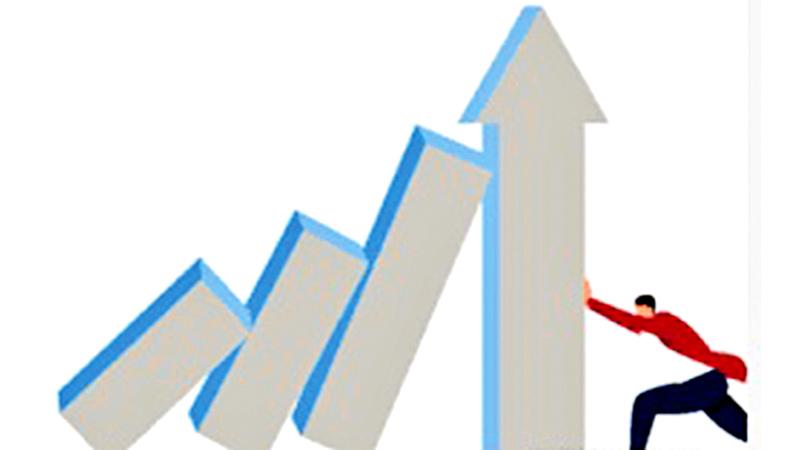 The title of the book by Dr. Robert Schuller, ‘Tough times never last, but tough people do’ is an ideal quote to remind Sri Lankans that while difficulties are transient, people are durable. Considering the current bleak economic situation, it seems an interesting concept. During recent world history, catastrophes, including pandemics, occurred time and again and the human race has always found ways to overcome them. Therefore, Covid-19 too will elapse eventually. However, the pertinent question is how Sri Lanka can take control of the present economic downturn.

Can we carry on with lockdowns? The straightforward answer of every intelligent person, whether involved in business or otherwise, would be an emphatic no. The health authorities make the decisions and are conscious about the health of the public. Expert opinion and recommendation, including that of the World Health Organization, is to persist with partial lockdowns rather than closing down countries to avert economic disasters. Even the wealthiest countries are not in favour of complete closures. The country is in turmoil already due to the disastrous impact of the pandemic and the authorities are making every effort to find answers to the economic slump.

The Government correctly has taken a bold decision to continue with partial lockdowns in essential areas with the recommendation of the health authorities. The public must adhere to strict health guidelines although more importantly, their livelihood has to be maintained without disruption. Nevertheless, the impact of the virus on the economy of the country has to be given priority as well. Hence, the time has come to consciously explore a new economic structure to combat the challenge.

A nation elects parliamentarians to represent them, expecting them to act as their voice. The accepted norm of these legislators is to act as saviours in a common crisis that affects a whole nation. Unfortunately, in Sri Lanka, the ignorant and opportunistic Opposition mercilessly spread false claims instead of helping to combat the common enemy. They completely ignore the harm that these misleading accusations can inflict on the public.

None of the Opposition members who carry out these protests and cry foul against every move the Government takes, has come up with any constructive plan to overcome the problem. Although the people have rejected them outright, the Opposition creates mayhem through media briefings, political talk shows, and social media engagements. Regrettably, the Government’s own media machinery does not display much efficiency and effectiveness in countering these negative claims and does not seem to confront false propaganda with systematic countermeasures.

The economic impact of Covid-19 continues to surprise the entire world. While the rich countries can provide life support to millions of affected people, developing countries such as Sri Lanka are struggling to offer relief packages. After the initial blow and the almost full recovery, the second attack surfaced giving an unparallel kick in the teeth. Sri Lanka experienced a commendable bounce back within a short period in many of its economic fronts but was driven back into a new turmoil.

‘Aim high to reach high’ is an inspiring saying on entrepreneurship success. Similarly, presenting the budget proposals for year 2021, Prime Minister and Finance Minister, Mahinda Rajapaksa said the Government’s aim on economic growth is an optimistic six percent during the next year. Although the task is seemingly too tall, the Government has confidently raised the bar on the uphill task. However, there are other challenges such as the current pandemic situation, the global recession, government revenues, public welfare expenditure, and other obstacles that must be scrutinised while attempting to reach the goal.

The earlier predictions of the International Monetary Fund (IMF) that the economic growth in Asia will expand to a third of the world economy are no longer a valid statement according to experts. Developing countries that are categorised as lower middle-income country such as Sri Lanka will plunge deep into trouble if the authorities do not come up with swift strategic solutions. The Presidential Task Force on Economic recovery must be working relentlessly on this grave issue.

It is a consolation that the Budget proposals for year 2021 presented in Parliament have focused attention to promote local industry and agriculture sectors instead of depending on foreign revenues. The concessions given to the local industry, service, and agriculture sectors will encourage the business community to invest without fear of ambiguity. While supporting small and medium scale entities, the authorities must attempt to attract foreign investments through special incentives and concessions.

At this crucial juncture, probably the worst debacle in recent history, curtailing government expenditure is a key requirement. The country has witnessed colossal waste of public funds during past regimes. In the first year of governance, we observed that President Gotabaya Rajapaksa’s personal interest in controlling the wastage of funds produced adequate results. The President not only directed his Cabinet, and State Ministers, SOEs, and the Public Service to fall in line but also made clear that they have to come up with innovative strategies to avoid dependency on government funding.

To measure the next leg of recovery and get back to normalcy rapidly, the government machinery needs to go beyond any degree of commitment it has shown so far. The emergence of the second wave has once again placed the Government at a disadvantage. Medical and operational expenditure has increased by several folds due to the high number of patients hospitalised. In addition, the number of persons sent to quarantine centres has increased. Also, the disbursement of dry rations and other monetary relief packages has become an unbearable burden on state coffers.

Complete recovery of economic losses is dependent on how soon the disease is brought under control. Unemployment, poverty levels due to job losses, bad debts, disruption caused to education, and the recovery of ongoing low productivity has to be countered effectively. Sri Lanka has a history of facing challenges head-on and winning obstacles. With the high level of intelligence of the citizenry as a whole, getting back on one’s feet is a certainty. However, the most important factor at present is to change public perspective on the current depressing situation to a constructive and optimistic viewpoint. Hence, relentless effort must be taken to uplift the confidence of the masses.

The authorities have to keep an eagle eye on the economic structure. Does the country wish a mere return to the pre-Coronavirus economy or more than that? It should be both. First we have to get back to the same level that existed before the outbreak of the virus and subsequently boost the economy by using the many opportunities that were available since the beginning of Covid-19. For example, the tourism industry experts opine that the related business activities will thrive with the global recognition Sri Lanka earned by successfully controlling the pandemic.

Similarly, foreign employment, and the apparel markets are also expected to boost when the world returns to normalcy. The present drive of the Government on domestic service, industry, and agriculture sectors must be made successful. The ‘main obstacle’, as per public opinion, is the lack of support of the public service that usually slows down the process, despite the policy decisions of the government. Therefore, the pressure to regulate these processes must be applied effectively by the authorities.

Some countries including the USA and most European countries have not shown effective response to the crisis and performed poorly. Nevertheless, Sri Lanka, with the total commitment of President Rajapaksa himself, has taken every possible measure to control the situation. The Government, health sectors, military establishment, police, and the public sacrificed a great deal during the near ten-month period, and continue to do so. Therefore, one can safely assume that the country will succeed in recovering in full, with or without a vaccine to prevent or cure the deadly virus.