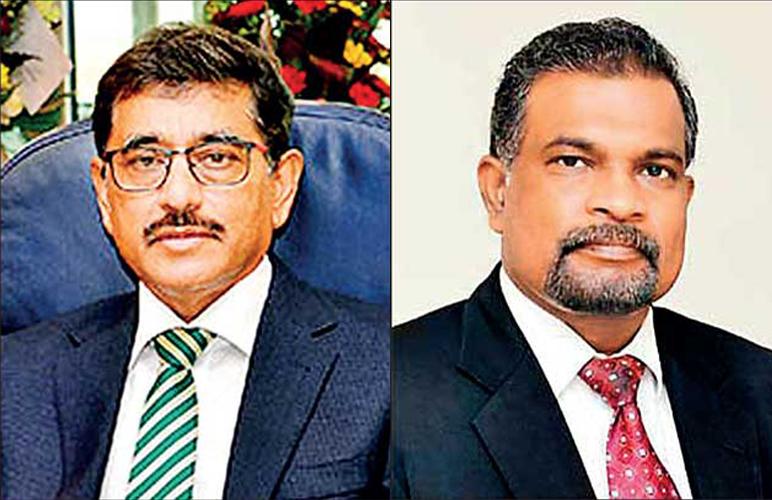 With the whole world watching the deteriorating political, economic and humanitarian situation unfolding in Sri Lanka, and while we pray for swift solutions to food, fuel and medical shortages, there is now an opportunity to reinvent how countries like ours recover from crippling debt and re-emerge as healthy, functioning economies.

Sri Lanka is in a difficult position. Corrupt governments have mismanaged the nation’s finances and agreed to predatory loans with exploitive interest rates. Having absconded from the country they ravaged, they have now left millions of everyday Sri Lankans on the hook for their crimes and ineptitude.

In the case of Sri Lanka, the country has external borrowings of over $ 50 billion (60% of GDP) that it cannot service, crucially over 40% of that is to private creditors, many of whom are charging predatory interest rates. The loans from multilateral institutions (over 20% of external debt) and bilateral arrangements (30%) are on more concessionary payment terms.

The traditional solution, to turn to the IMF, will likely result in crippling austerity measures and the selling off of our national assets and resources, leaving us even less able to revive our economy on our own steam. This is unacceptable and I would suggest not inevitable.

Sri Lanka is not the only country in this position. It is the canary in the coal mine. The pandemic, the war in Ukraine and resulting inflation have hamstrung several nations in the global south who may soon be facing their own disasters. The instability this will cause will be detrimental to global politics and economies writ large. Problems like these are not isolated and do not stay put. They travel, taking their consequences with them across the planet.

The solutions to these troubles are as unique and complicated as each individual country, but what they all share is some measure of debt cancellation and delayed or restructured repayment. I am not suggesting Sri Lanka default on its external loans to other governments or multilateral institutions.

I am suggesting that instead of thinking in the short-term and selling off our assets, the very things that could be used to revive the economy, we declare null and void the remainder of the debt to extortionary private lenders, and instead create a plan for how Sri Lanka’s people and resources can work to revive the economy and repay those restructured multilateral loans and bilateral loans from our allies. Taking a genuinely non-aligned position in the geopolitical battles between larger nations is a prerequisite to request assistance from across the world.

The benefits to this are myriad. First and foremost, it gives Sri Lankans a chance at long-term independence and prosperity, and shields against climate change. There have been 16 rounds of standard IMF bailout packages since 1965 and they have all failed to deliver sustainable solutions. The current model of prioritising benefits to lenders rather than local populations is wrongheaded and it simply doesn’t work.

The IMF should bail out people, not accommodate corporations. If they did, the people would, in time, be able to pay back their loans. Sri Lanka is rich in resources and assets which can be leveraged to create a booming economy. The issue is not insolvency, it is illiquidity.

Secondly, we must take a progressive stand against the ability of exploitative private creditors to make deals with corrupt leaders who ultimately are not held responsible for the outcomes.

By including private creditors, such as world’s largest asset manager, Black Rock, in IMF debt restructuring negotiations, they are being rewarded for their destructive lending practices, and are encouraged to continue, causing generations-worth of economic damage to struggling nations. Sri Lanka should default on loans to predatory private creditors, and it should do so jointly with other low-income countries.

Yes, the lenders will sue. There is no international court that can force countries to pay them back, but the loans are subject to the laws in which the lenders are based, most often New York and London, and they may pursue claims to overseas assets. This is our opportunity to mobilise for greater economic fairness and to campaign for changes to these laws for the better.

Currently countries in economic hardship do not have the bankruptcy protections granted to businesses. If the owners of a company that cannot pay its bills can be shielded from its creditors to avoid destitution, then surely a country that supports the lives and welfare of millions of people should be entitled to the same protections.

If low-income countries default together, we shine a light on this issue and put pressure on the United States and United Kingdom Governments to enact legislation that will protect distressed governments. The change required is systemic and necessitates that we stand together and that new models work for the people. Yes, this will be a fight, but a fight worth engaging in, and one in which there will be support from around the world.

Debt cancellation is not a fairy tale. It can and has happened, to greater and lesser extents, and it can happen for Sri Lanka, but the call needs to come from the people. The current Government will not engage in this type of structural change without pressure. The people need to demand it. They need to demand fairness and the opportunity to thrive.

Debt cancellation in these circumstances is justice. I would encourage every Sri Lankan, and every citizen of countries in similar straits, to consider the idea. Talk about it with your friends and family. Discuss it within Sri Lankan civil society. Demand that our leaders fight for it. The diaspora wants to help and will speak up within their countries calling for their governments to support these ideas. If Sri Lankans ask for it, organisations like Debt Justice UK, Asian Peoples’ Movement on Debt and Development, Jubilee USA, and others, can support the fight.

The whole planet is in recovery mode. Now is the time for large-scale change based on reframing what economic justice looks like. Debt is not a moral issue. Allowing people to suffer and die is a moral issue.