Those who rail against the 20th Amendment, should realise they invited it 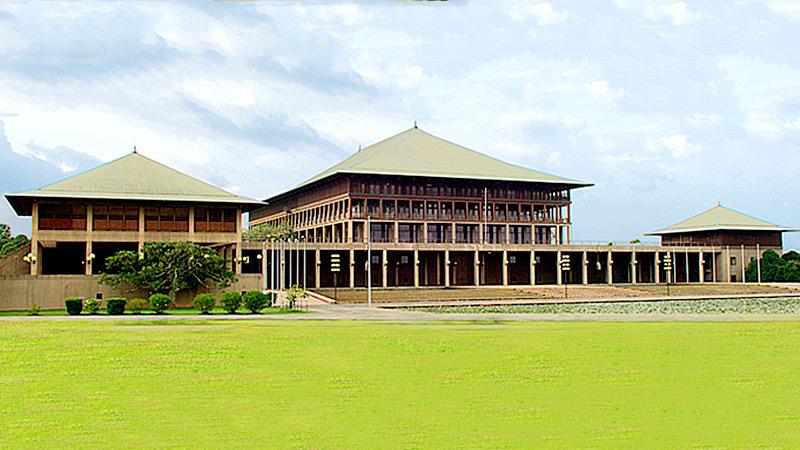 This is being written even as there are aggrieved noises being made by those who profess great love for liberal democratic ideals. They suggest that the 20th Amendment — and indeed the plans for a new Constitution — are harbingers of a reversal to an era of substantial democratic deficit.

Constitutions they famously say, are living breathing documents that are of an organic ever-changing character. The changes we are contemplating with the 20th Amendment and the Constitution that is to follow did not arise out of a vacuum, in this context. Often, the same elements that now lament that there is a reversal to a more centralised constitutional order, can be seen as the very people that caused these contemplated transitions to come about.

How so? They contributed too much to the anarchy that prevailed as a result of the last UNP regime’s systemic failure and its ad hoc constitutional tinkering that resulted in the notorious gridlocked administration that will be talked of — and laughed at — in history when citing a time of pathetic democratic dysfunction.

The left hand did not know what the right hand was doing, and there was such a contest for power in the middle between contending parties within the administration, that the final result was that it looked as if nobody was in power. When things spiralled so completely out of control, the people were treated to the spectacle of finger-pointing, while they suffered immensely under a national security and economic deficit.

Obviously when the people voted with a two-thirds majority for the party formerly in the opposite ranks, they wanted this scheme of things out lock stock and barrel.

In other words, having messed things up right royally with their own ostensibly liberal constitutional experimentation, these ultra-right civil society do gooders and other fellow travellers cannot now ask that change — drastic not incremental change — should not be made.

They don’t, however, seem to be able to level with their reality. Incidentally, followers of news and current affairs will remember that the police force auctioned veteran service dogs to civilians recently after these canines had retired from service. The President apparently wants the police administration to retrace these four-legged veterans and house them back in special service kennels run by the police.

This reminds us of the various lobbyists now lamenting a constitutional order that left so much chaos and misery in its wake. These promoters of an abandoned order, now want to auction parts of that old constitution to the President and the framers of the new constitutional document.

The Police that tried to auction off aged dogs at least had a better rationale, even though they didn’t do that well either. But that was an unpopular, unseemly auction. It’s a bit of the same with the attempt to auction off piecemeal, parts of the old constitutional arrangement to the new framers. It’s an unpopular exercise with no solid rationale, and if there are no takers unlike in the service dog auction, no surprises there because there shouldn’t be any popular appeal for damaged goods from a chronically dysfunctional, mostly forgettable era.

Besides, the 20th Amendment can be transitional per se. The Committee tasked with framing the new constitutional document will no doubt have another look at 20, and they are bound to take into consideration various input from all sectors of society, when they make a final decision on incorporating facets of the old Constitution in the new one, and such a review will include the recent Amendments as well.

What is the logic behind having unelected persons appointed to crucial decision making bodies and having them take key decisions on important matters regarding accountability, franchise, etc?

The ‘liberals’ who wanted these changes often look up to the United States, but if they look at the US system closely, they’d find that the Supreme Court judges are appointed by the president, the Attorney General is appointed by the President, etc. in that democracy.

Attorneys General are the top legal officers of their state or territory (in the U.S). They advise and represent their legislature and state agencies and act as the ‘People’s Lawyer’ for the citizens. Most are elected, though a few are appointed by the governor. Select your state to connect to your state attorney general’s website. End quote. The Attorney General of a State is elected, as can be seen from the above citation, but there is no system of civil society appointments of various unelected laymen to crucial State apparatus. ‘Elected’ in the US has far more credence and sanctity than ‘unelected’ and that’s how it should be in a nation that believes it is a representative democracy.

Where did we get the idea that unelected officials in our various ‘independent’ Commissions somehow make these institutions more independent than having them made up of elected representatives from any side of the political isle?

So, anyone who laments about the alleged loss of the independent status of the Commissions should be made to realise what these Commissions really were, especially when they had folk such as Hoole or Javed Yusuf in the Constitutional Council — or any of the other so called independent Commissions.

Hoole made nonsense of the notion of independence, having signed various documents as a Commission member and then deciding to rail against their content in public. Javed Yusuf was rather transparently UNP in his political statements, especially when crucial elections were imminent.

The whole idea of the so-called independent Commissions was imported from Bangladesh or Nepal or some such place, where the experiment was half-baked as much as it is half-baked here. This writer remembers that the greatest fans of the so-called independent Commissions were persons such as one Nigel Hatch, who played a rather nondescript advisory role in the long gone Chandrika Kumaratunga administration once upon a time.

Does the fact that the US President appoints his Supreme Court judges, make the US an overtly centralised State? The experience of the US has been that various presidents appointed conservative and liberal judges, depending on which side of the political isle they hailed from.

This has for the most part bequeathed an evenly balanced Supreme Court in the US, but anyway in that country they don’t seem to think that judges are not human beings; they readily classify them as liberal or conservative and fully expect them to make judgments from the Bench that are broadly reflective of their personal ideological backgrounds. Of course the judges selected by the president go through a Senate vetting process, but though the opposition to some appointments is fierce, the appointees always eventually make it, as was the case with Brett Kavanaugh J, and Clarence Thomas J.

But what’s significant is that these judges are selected by the elected president, and not by some mishmash of unelected civil society busybodies and other elected officials from all sides of the political divide. Basically you could say that for all intents and purposes the incumbent president is given the prerogative power of having his Supreme Court represent his broad political agenda that’s been given the people’s imprimatur with an electoral mandate.

By any yardstick therefore, the illusion that the so-called independent Constitutional Council and Commissions are truly independent is just that — an illusion.

The Constitution is of course not a mere legal document, it’s the bedrock principles and ideals of the state, codified. Therefore, public discussion and broad public contribution to the process of constitution making is called for. But that should be from a broad cross section of society and not merely from civil society ‘liberals’ who seem to be merely feeling sorry for themselves, and are shell-shocked that their own constitutional machinations have exposed their far from independent Commissions and eventually, led to the downfall of these institutions as is currently manifest.