They will live on forever 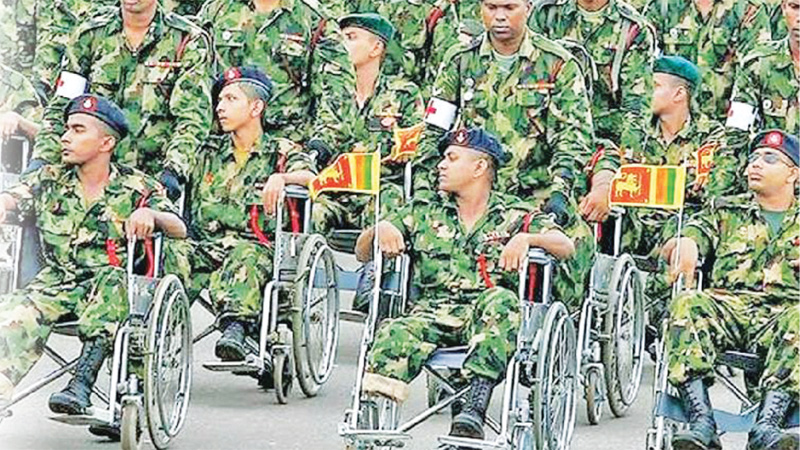 A soldier never really dies. He lives on in our hearts. A soldier’s mission never ends, not even in death. One of my favourite war anecdotes has a 10-year-old boy asking a World War II veteran “how does it feel to be a hero?” His reply: “Oh, son, I am not a hero. We buried all the heroes, I am just a survivor.”

No surviving soldier can ever forget his or her comrades in arms who perhaps died right next to them. Their devotion to friends and colleagues who made the Supreme Sacrifice is simply indescribable. Yet, soldiers fall in every battle. Others make sure that their sacrifice is not in vain. They charge ahead and win the battle. They do not seek glory, nor do they seek fame.

Twelve years ago, our own valiant sons of the soil defeated the enemy on the battlefield. The enemy was, in the words of the FBI, the most ruthless terrorist group in the world, the Liberation Tigers of Tamil Eelam (LTTE). It was a hard-won victory.

As a nation, we can never forget those who sacrificed the prime of their youth and of course, their lives, for liberating the Nation from terrorism. Yes, we do have memorials for them, but the best memorial they can have is our heart. They will live on in our hearts, never to be forgotten. Apart from those who died in combat, there are those who are still missing.

There are those who lost their eyes, limbs and other organs. We have to be grateful to them till the end of time. And now, as the country battles the COVID-19 pandemic, they are in the forefront again, risking their very lives to protect others.

In the end, their efforts will be successful only if we have permanent peace. This cannot necessarily come from a triumphant attitude. We must embrace peace and reconciliation. The enemy combatants were our own brothers and sisters who were misguided by a megalomaniac and ruthless leader into carrying out various acts of terror in the name of “liberation”.

This is indeed why the State has rehabilitated thousands of former Tiger combatants and turned them into useful citizens. I read a heartwarming story in a recent issue of the Daily News, where a group of female soldiers had visited several former women LTTE combatants after the Sinhala and Hindu New Year to inquire into their well-being. There was also another story of a soldier marrying a former LTTE woman cadre. If the combatants themselves can forget the past and become firm friends and even partners for life, why cannot we do the same?

They say that the past is a different country. Those does not mean that we should forget the past, but rather that we should live in the present and embrace the future. It is essential that we come to terms with what happened in the conflict. Even more important, we should examine how we got to the battlefield in the first place, pitting brother against brother. We, or rather our politicians, made a series of serious mistakes that led to this situation. We have to learn from such experiences so that a conflict may never ever arise again in our country.

This is part of the healing and reconciliation process. The Lessons Learnt and Reconciliation Commission (LLRC) recommended a series of steps that should be taken to foster harmony among the various communities. This Government has since followed up on many of these recommendations.

But the biggest current initiative is formulating an all-new Constitution that takes into account the changing post-conflict needs and aspirations. The people will get an opportunity to give their inputs on this exercise. The final aim of the new Constitution should be enabling an environment to create a truly Sri Lankan identity. Even in official forms and documents, we are still asked what our race (ethnicity) is. If you go to a police station to lodge a complaint, they will ask what your religion is. Most people will not hesitate to ask you whether you are Sinhala, Tamil, Muslim or Burgher. Clearly, we have not learned any hard lessons even after a 30-year war that tore us apart.

An Indian will not identify himself or herself as Hindu, Muslim or Sikh. A Singaporean will not call himself or herself Chinese, Malay, Tamil or Eurasian. Regardless of your ethnic background, you are an Indian or a Singaporean as the case may be. Likewise, a day will dawn when we will call ourselves Sri Lankans without a second’s hesitation. This does not mean that traditions and languages of each ethnic community should fade away. On the other hand, those traditions will be reinforced if all other communities understand and appreciate them. Today, all schoolchildren are learning Sinhala and Tamil, so eventually everyone in the island will be able to talk and understand both languages plus English. We have a generation that knows nothing but war. However, having gone through and suffered from the horrors of conflict, they will not want to be part of it again. Then we have a generation born just before and after the conclusion of hostilities who will know nothing about the brutality of strife. It is these two generations that we must protect and veer away from any thoughts of conflict. Together, these two generations have the power to take Sri Lanka to greater heights sans any thoughts of animosity against one another. As they say, to err is human but to forgive is divine.

Even as we march towards peace and prosperity, the very people who made it all possible should not be forgotten. The role of the Armed Forces will evolve over time in peacetime commensurate with regional and global challenges. For example, the Forces, especially the Navy, has been doing a remarkable job to nab narcotics traffickers on the high seas. The Navy played a pivotal role in dousing the fire on board the MT New Diamond recently. It was the Army which did most of the rescue operations in the recent natural tragedies including floods. The Sri Lanka Air Force is engaged in round-the-clock aerial surveillance of our coastal areas and is engaged in rescue services during the current floods. They will continue to defend the Motherland whilst expanding their role in accordance with local and international challenges including COVID-19. International cooperation among Security Forces and intelligence agencies has become vital in the face of increased human trafficking and human smuggling, drug trafficking, piracy, international terrorism and even climate change. These need truly global responses.

Today, we can think of a peaceful tomorrow because thousands of Forces personnel laid down their lives to secure a brighter future for their fellow countrymen and women. On this day, and every day, they deserve our honour and gratitude. As I said at the beginning of this article, they still live on. Mary Elizabeth Frye captured this very feeling in her mesmerising poem which can be regarded as a tribute to all who have perished in the line of duty.