The West’s failure to understand the CPC 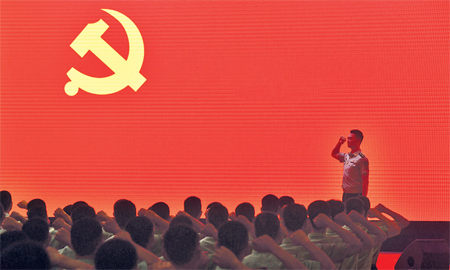 The Communist Party of China (CPC) is like no other party in the world. It requires us to rethink the very idea of what a political party is. It is a phenomenon intrinsic to China. It is ineluctably Chinese. The CPC’s extraordinary success is because it found a way, during its 100-year history, of combining a huge reforming capacity with a profound rootedness in Chinese society and culture. If the imperial dynasties defined Chinese governance for two millennia, the CPC has assumed a not dissimilar importance in China since 1949.

There has been an overwhelming failure to grasp the nature of the CPC in the West. This ignorance reached new heights after 2016. The CPC was equated with the Soviet Communist Party. But they have very little in common. Why should they? Russia could hardly be more different from China. The CPSU was a historical failure: in contrast, the CPC, over the last century, has arguably been the world’s most successful political party. It is impossible to understand the CPC in terms of traditional Marxism; from well before 1949, the CPC’s Marxism was highly nativized. The CPC, furthermore, is rooted in and profoundly influenced by Confucianism. It might be described as a hybrid of Chinese Marxism and Confucianism. The CPC is shaped by and is as complex as Chinese civilization, of which, of course, it is a product.

There is a profound belief in the West that a one-party system is unsustainable because it is incapable of reform. That is not borne out by the history of the CPC. It has, more than any other party in the world, displayed a remarkable ability to reform. Perhaps the most dramatic illustration was the transition from Mao Zedong to Deng Xiaoping. Deng recognised that the Maoist system was stymied and introduced two fundamental reforms: he embraced the market as integral to Chinese socialism alongside the state and planning; and integrated China into the global economy. Such a profound shift could only be executed by a party possessed of huge self-confidence and with very deep roots in society. It is also a reminder of the essential pragmatism that informs the CPC. “Seek truth from facts” lies at the heart of its philosophy and has been the underlying principle of the reform period. This has never been the case more than now. Professionalism, experimentalism and the scientific method are the hallmark of Chinese governance.

In the West, the debate about governance has been overwhelmingly organised around the principle of electoral democracy. State competence is regarded as very much secondary. The opposite is true in China: state competence is primary. This is closely related to the importance attached to meritocracy, both now and historically. In order to rise to the highest levels, the party requires a very high level of education and the broadest experience of managing a modern economy and society. Two examples will suffice to illustrate the extraordinary competence of Chinese governance: first, China’s economic rise over the last 40 years, the most remarkable economic transformation in modern history; and second, the manner in which China succeeded in eliminating the pandemic, which was a triumph of governance.

The CPC has set the goal of building “a modern socialist country that is prosperous, strong, democratic, culturally advanced and harmonious” by 2049. That still lies almost three decades in the future. By then one can only surmise where China might be and what level it might have reached. It is likely to be by far the largest economy in the world. It will enjoy far higher living standards, though still well short of those in the US.

Travel times between cities and within cities will have greatly contracted. A large majority of the population will have been born since 2000 with no first-hand knowledge of when China was still poor and half the population lived in the countryside, in other words, with profoundly different expectations. To govern and lead a very different kind of country will require the CPC to continue its constant process of change and reinvention. The fact that it combines pragmatism with the great Chinese tradition of thinking long-term will stand it in good stead. One thing is sure: Based on its achievements, its capacity for governance, and its ability to change, the CPC will still be China’s leader and architect. (Global Times)