The USA, Brandix, biological warfare and other noxious things 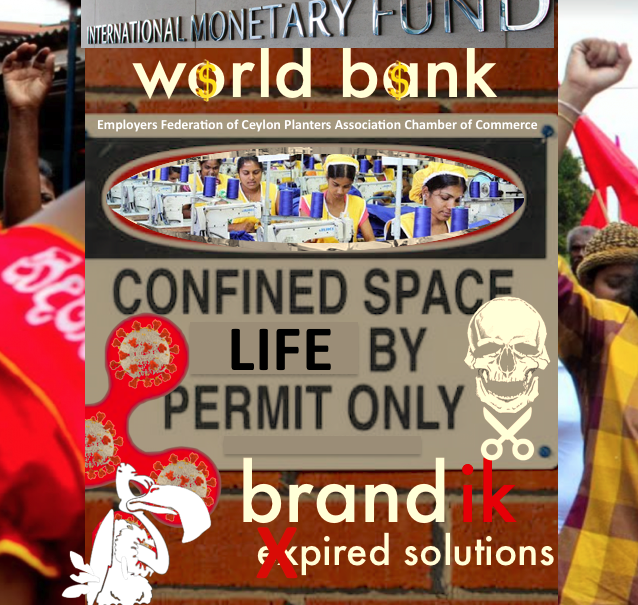 In May 2020, US Ambassador to SL and Maldives Alaina B Teplitz expressed her appreciation to Basil Rajapaksa and Brandix: “As the world combats this global pandemic, the long friendship between the USA and SL is helping both our countries overcome this challenge. Our collaboration has resulted in quality products that can help mitigate the spread of Covid-19. Impressively, the fabric used for the face masks was produced in SL, while the chemicals used for the antimicrobial finish were made in the US, demonstrating a synergy that benefits all. We look forward to continuing our cooperation with the SL Government and Brandix to sustain the global supply of PPE.’”

So there it is: The US Ambassador praises Brandix for making PPE for the USA. The Ambassador praises her USA for giving Brandix a ‘privileged’ market. The US Ambassador this week then insults China for not being so benevolent. Yet Brandix buys their chemicals from the benevolent USA. And of course it’s not true the “fabric” is “made” in SL. The fabric is “assembled” here with imported weaving and knitting machines, fibres, dyes, etc. A major textile supplier is linked to the dominant English conglomerate in Hong Kong, yes, the old opium smuggler Jardine Matheson. And what other inputs does Brandix buy from the US, India, Japan..errr..the Quad?

So we find out Brandix workers themselves do not have protection, have no proper ventilation at work or in their homes. Brandix did not test their workers despite being told,. They certainly do not care how their workers live. They also do not make a pin, needle, thread, dye, textile or machine in Sri Lanka.

Brandix denies they brought Indian workers or management from India. They then said they brought Sri Lankans back, not stating if they were management or workers. The media has also been told to play down the culpability of the company.

If the USA, Brandix, their chambers of commerce and related companies had not been busy demanding the privatization of everything, the state health system could easily look after people, instead of being burdened by their carelessness and greed for easy profits off disease, ignorance.

So once again, the eternal return of the real – despite the media doing its best to hide how SL works. We’re talking about the daily treatment of workers, the conditions they live in, and their health.

Where did Covid come from anyway? Europeans spread smallpox and disease in many parts of the world to fight their colonial wars. More recently, “The US was the first country to incorporate biological warfare into its military doctrine,”

On 27 October 1950, during the US/English/Canadian invasion of Korea, “US Secretary of Defence George Marshall approved a major program in biological warfare (BW). On 21 December 1951 Acting Secretary of Defence Robert Lovett prodded the US Joint Chiefs of Staff (JCS) into action so “actual readiness be achieved in the earliest practicable time” and they’d provide “guidance in emergency war plans and supporting logistical plans for the employment of chemical and biological weapons.”

On 2 Feb 1952, the JCS ordered “a strong offensive capability without delay” and development of “all effective means of waging war without precedent as to their use”. The JCS successfully argued there was no policy on BW, and that the government should secretly follow the precedent of atomic warfare policy, allowing for the use of bioweapons subject to presidential approval.

Supported by an offensive policy that the US government still denies, the JCS placed BW in the highest strategic category with the same priority as atomic warfare, and the government poured in funds, stretching military and civilian facilities to the limit…” –  mondediplo.com/1999/07/13bioa