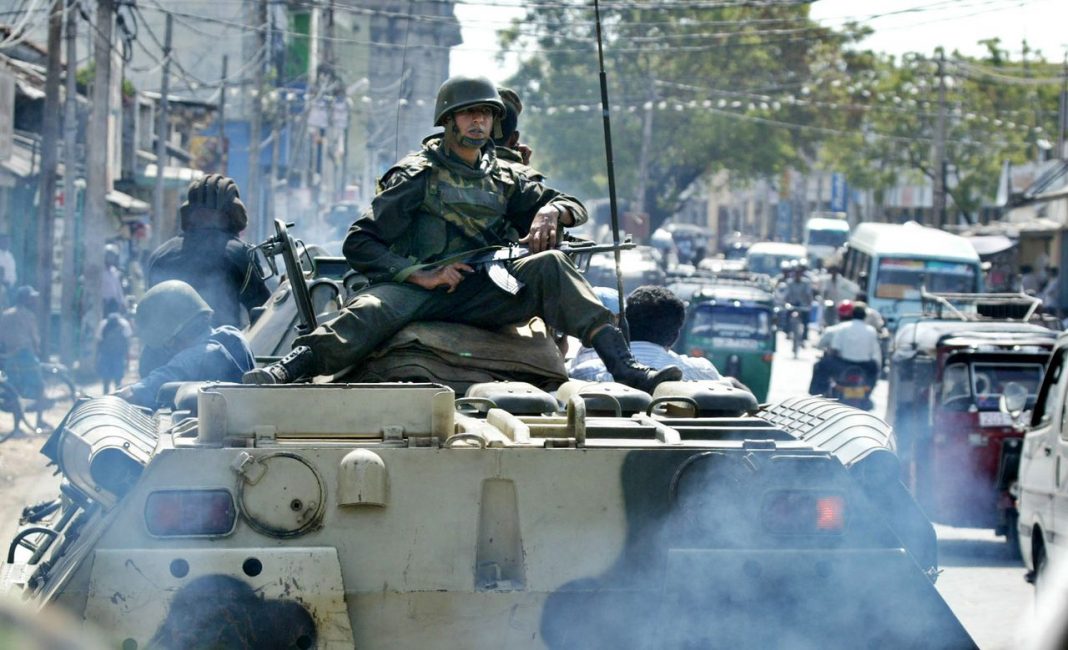 Let us not beat about the bush. UNP has never supported the national army or the police & have always preferred to side with LTTE terrorists – why would they raise hands in parliament to give compensation to LTTE and not to the slain police officers/armed forces by LTTE? The 2002 CFA gave territory to terrorists, confined the national army to barracks & allowed LTTE to travel anywhere with guns. Such was the humiliation the national army was subject to and putting military intelligence personnel in prison became a witch hunt! The manner that over 600 policemen were given as live sacrifice by UNP leadership speaks volumes of its anti-national objectives. The purpose behind this was to destabilize the country & weaken the security apparatus protecting the country as desired by those that funded the party. According to Prof. Dov Levin of Carnegie Mellon university, US had funded UNP during several elections since 1956. $3.4m was given by USAID to UNP for 2015 elections! It is a pity that UNP supporters cannot see this aspect of their green party.

Ranil Wickremasinghe became Prime Minister on 9 December 2001. The raid on the ‘safe house’ in the Millennium City housing complex, Athurugiriya took place on 2 January 2002 less than a month after coming to power

On 22 February 2002 the Cease Fire Agreement between Ranil & Prabakaran was signed.

The house was used by the Long Range Reconnaissance Patrol (LRRP) which came under the Directorate of Military Intelligence. This was a top-secret unit & known only to a handful within the military establishment as their mission was to penetrate LTTE.

The raid took place without even informing army commander Gen. Lionel Balagalla.  The IGP at the time was Lakdasa Kodituwakku. Efforts to release the detained military intelligence personnel arrested under PTA was blocked by then internal security minister John Amaratunga. Their release came only after Gen. Balagalla issued a public statement that the unit was used against LTTE. This was a clear case of politicized police action & willful treachery of politicians and speaks volumes as to why the war lasted 3 decades. These intelligence personnel were later gunned down by LTTE after their names were known by the LTTE.

An attempt to assassinate PM Ranil was the reason given for the raid. The UNP leader himself claimed to have information of a group of soldiers planning to murder him.

When LTTE had not wasted a bullet on him, it is baffling to even think that a bullet would be wasted by others!

The UNP that ran torture chambers in Batalanda being concerned about a ‘safe house’ in Millennium City is equally baffling.

We don’t know how many were killed in these torture chambers. But we do know that they were all Sinhalese & Buddhists. Between JVP & UNP this period saw the annihilation of thousands of some 60,000 Sinhala Buddhists. That both entities are controlled by external entities & their main objective would have been to annihilate Sinhala Buddhists should now be clear.

The Batalanda Commission (covering period 1988-1990) 6780page final report has yet to be made public. The main suspect was ASP Douglas Pieris, a politicized appointee given promotions above others who fled the country. This led to the politicizing of the police service. Coded words were used as orders to ‘eliminate’. RanilW’ name figured prominently in this report.

A prominent name featured during UNP’s Premadasa era was DIG Premadasa Udugampola. His vengeance stemmed from his mother & sisters being raped & massacred by JVP. After packing off his wife & children to US, he began his revenge. Not ironically, it was his brother Kulasiri Udugampola who conducted the raid on the Millennium City safe house.

This same UNP under Premadasa not only put up LTTE in Hilton Colombo & gave police escort, but even handed arms to them taking the side of LTTE over the national army. LTTE was even allowed to carry arms on the SLAF aircraft to Palaly against objections by military. Gen. Cyril Ranatunga & Bradmon Weerakoon applied the see no evil, hear no evil, say no evil principle! Only after President Premaadsa’s death did Cyril Ranatunga admit in his memoirs that the army was not been given training for over a year (May 1989 to June 1990)

A hallmark of UNP was to please the LTTE more than the armed forces!

It was on presidential orders that the 636 police officers were told to surrender to the LTTE. Each were tortured & killed. Retired SSP Tassie Seneviratne gave details to the LLRC in 2011 of President Premadasa’s role in the massacre of these policemen in June 1990 denying the Air Force to attack & provide support to the police under siege. President Premadasa got IGP Ernest Perera to fly to East to personally ask 324 police officers to surrender to LTTE – nothing but a live sacrifice as they were lined up & killed. ASP Ivan Boteju of Kalmunai Police division chose to not comply with the Presidential directive to surrender & fired back at the LTTE. 636 policemen by the arms given to LTTE by the UNP government. What more treachery!  Ironically the LTTE showed thanks by wiping out the cream of the UNP leadership leaving its present leader untouched! Why would LTTE chose not to harm him?

It was during UNP’s rule that LTTE’s forwarded PTOMs & ISGA agreements – these were negotiated on behalf of the UNP by the current foreign minister & current Sri Lankan envoy to India both crossing over to UPFA in 2007 for personal gain!

When UNP came to power riding on Sirisena in 2015, it was no surprise that another treachery took place in Geneva via co-sponsorship of the UNHRC Resolution admitting that the Sri Lanka Armed Forces committed war crimes requiring a war crimes court to hold the military to account. The UNP chose not to use Lord Naseby’s despatches that would have cleared the military of any bogus claims. As a result of these bogus claims senior military commanders have travel restrictions imposed on them & are being hounded & humiliated internationally for ending a ruthless terrorist movement.  There is sadly no committed plan to set the story straight & absolve the national army of bogus allegations sans facts.

There are many other instances of treachery and these are all connected, well-planned & well-funded. The UNP may die with the UNP leader but the same objectives have been palmed off to the born again SJB so we are unlikely to see the national army or police deserve the respect & dignity it deserves.

Nonetheless, no political party should be allowed to politicize the pillars that defend the nation – it was as a result of closing down intel units after 2015, locking up military personnel to please NGOs and packing off decorated military officers overseas and pitting officials against each other that led to the weakening of the security apparatus & Easter Sunday bombings after the enemy realized its golden opportunity to inflict harm upon lives & prove some key points. We have yet to read the bigger messages behind these mass murders by those that plotted & those that are equally guilty by neglect & purposeful ignorance.