The U.S. Has A Plan For What’s Next in Afghanistan – It Does Not Include Peace 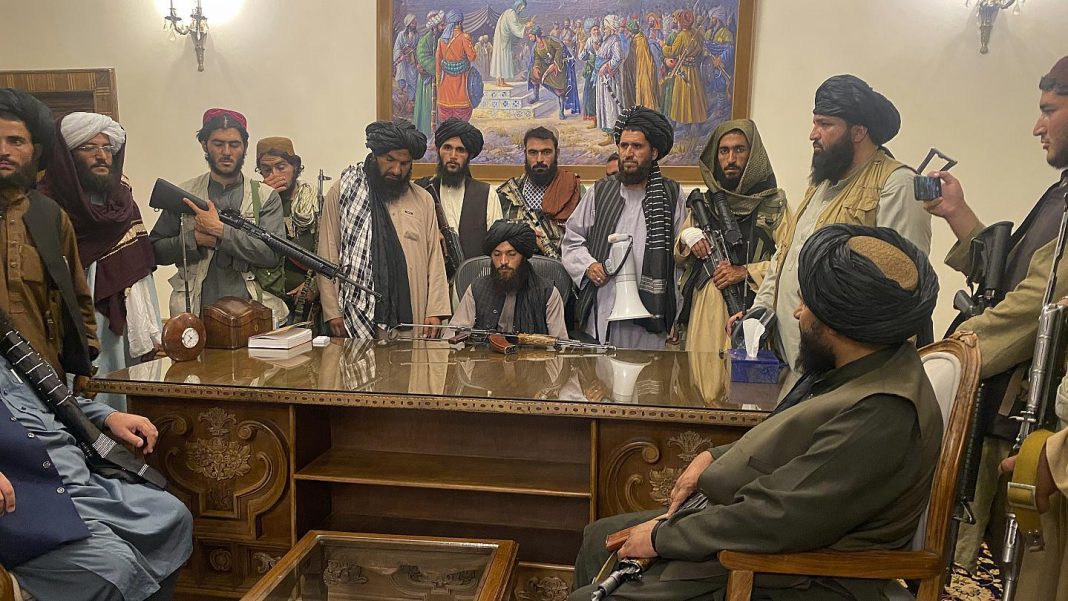 The codename for the plan which Secretary Blinken is putting into action has not been officially released. It will likely be called “Eternal Revenge” or something similar.

The U.S. is not a good loser. Nor are President Biden and Blinken. They will take revenge for the public outcry their chaotic evacuation of troops and civilians from Afghanistan has caused. The Taliban will be blamed for it even as they, following U.S. requests, had escorted groups of U.S. citizens to the gates of Kabul’s airport.

One can anticipate what their plan entails by looking at the process that led to yesterdays UN Security Council resolution about Afghanistan. The full resolution has not been published yet but the UN reporting on it gives the gist:

As the resolution only ‘urges’ it is obviously minimal and not binding. It is not what the U.S. had set out to achieve. It wanted a much stronger one with possible penalties (see ‘holding … accountable’ below) should the Taliban not follow it.

Prior to the UNSC meeting France and Great Britain had proposed to create a ‘safe zone’ in Kabul. That request has been silently dropped – likely over Chinese and Russian concerns about Afghanistan’s sovereignty.

On August 29 Blinken had talked with China’s Foreign Minister Wang Yi about a binding resolution. The State Department readout of the call was minimal:

The readout by China reveals that much more than that was discussed:

Wang said that the situation in Afghanistan has undergone fundamental changes, and it is necessary for all parties to make contact with the Taliban and guide it actively.

The United States, in particular, needs to work with the international community to provide Afghanistan with urgently-needed economic, livelihood and humanitarian assistance, help the new Afghan political structure maintain normal operation of government institutions, maintain social security and stability, curb currency depreciation and inflation, and embark on the journey of peaceful reconstruction at an early date, he said.

The U.S. has blocked Afghanistan’s Central Bank reserves, has stopped any budgeted payments to Afghanistan and ordered the International Monetary Fund and the World Bank to block their Afghanistan programs.

This will paralyze all functions of the Afghan state. The World Bank is for example currently responsible for paying Afghan teachers and medical personnel. Afghanistan is experiencing a drought and will need to import large amounts of food. With its foreign assets blocked it has no way to do that.

China is clearly aware that Afghanistan will experience a human catastrophe should the U.S. continue its economic blockade.

There is also the danger of terrorism which the U.S. failed to address:

China is specifically concerned about the “East Turkestan Islamic Movement” (ETIM) in east Afghanistan which the Trump administration had last year taken off its terrorist list even though the organization continues to target China. The Biden administration has made no attempt to revive the terrorist designation of ETIM.

Russia has similar concerns as its Permanent Representative Vassily Nebenzia explained after abstaining from the resolution:

The first concern Nebenzia mentions is a node to the Chinese concerns. The second one is based on a concern the Taliban had raised when they declined to prolong the U.S. evacuation of educated Afghan people. The third one is the most important.

Russia had proposed to lift the block on Afghan assets. The U.S. has rejected that. That makes it quite obvious that the U.S. intends to keep these in place. It will use them to make demands which the Taliban will be unable to fulfill.

At the same time the U.S. will uses its ISPK (ISIS-K) and ‘Northern Alliance’ assets in Afghanistan to continue the war and to make successful efforts to govern Afghanistan impossible.

It will then blame the Taliban for the inevitable results.