The SLFP and the Politics of Class 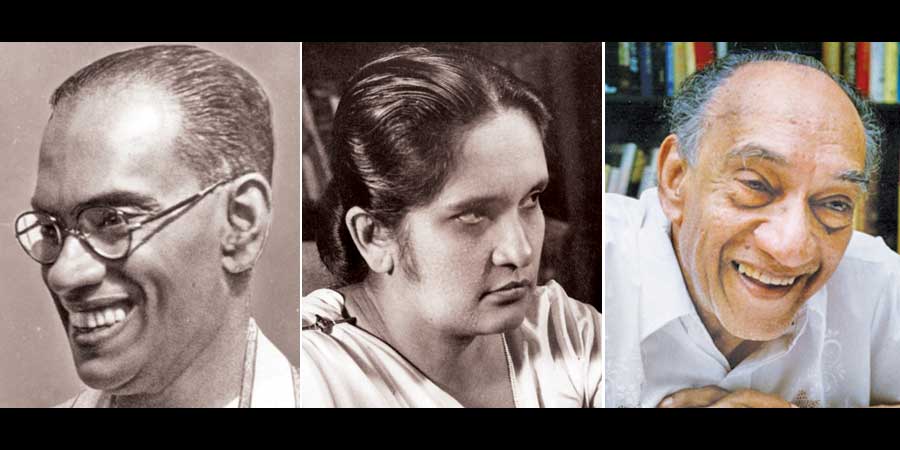 Someone made a passing comment on the 75th Anniversary of the Sri Lanka Freedom Party (SLFP). Seems as if the person most interested in the commemoration that hardly took place, was Chandrika Bandaranaike Kumaratunga, the ex-President. Hers was a whimsical comment not a passing one – she says no one can destroy the SLFP.

Strange, from someone who seems to have already finished off the job perfectly. Recently, Gunadasa Amarasekera making some observations on the SLFP anniversary said Chandrika destroyed the party. Basically she detached the party from its Sinhala Buddhist moorings and married it to the free market culture that was spawned by J.R. Jayewardene with his so-called open economy policies.

Chandrika is interested in resurrecting the SLFP she destroyed, at least according to Gunadasa Amarasekera? If so, why?

It seems to have something to do with what is called ‘class politics’. The politics of class permeates certain societies that haven’t outgrown the idea that certain classes of people should make it their business to be politicians aspiring for leadership positions.

For example, the late Chanaka Amaratunge, the founder of the peripheral Liberal Party of Sri Lanka believed that the landed classes should be in politics and form the leadership elite of the nation at the exclusion of others such as middle-class or working class folk, for instance. It is to Amaratunge’s credit that he was quite candid about his views on class politics, though this writer and no doubt many others would find it impossible to agree with him.

There was a time in which domestic politics in this country was to a large extent animated by considerations of class politics. J.R. Jayewardene, John Kotelawala, Dudley Senanayake, S.W.R.D. Bandaranaike and Sirimavo Bandaranaike shared the same upper class origins. Though S.W.R.D or Solomon West Ridgeway Dias Bandaranaike began a movement of the Sangha (Bhikkus), Weda (Physicians), Guru (Teachers), Govi (Farmers), Kamkaru (Workers) forces of transformation known as the Pancha Maha Balawegaya (Five Great Forces), he was identified as a gentleman with impeccable class origins who nevertheless successfully carried out a social experiment of empowering the hitherto marginalized and the downtrodden.

Yet, the class politics remained intact. These are the same tendencies prevalent today in the UK for instance, where it seems class snobbery as we know it was born. Boris Johnson and the likes of David Cameron before him were from wealthy families that considered themselves as having the privilege to rule by birthright. This type of entitlement by a ruling class no longer obtains in the Sri Lankan context – at least on the face of it.

Some such as Chanaka Amaratunge argued that the country had since the floodgates opened to folk from the ‘hoi polloi’ to enter politics in 1956, deteriorated as a result of it. Certainly the behaviour of certain MPs in Parliament in the recent past bears out this theory, it could be said arguably.

But in the long run, when the country was ruled by the landed aristocracy things were not better for the ordinary citizen and the version of class politics that has it that rule by the aristocracy was a sine qua non for better governance has been given the lie. But perhaps there is some truth to the fact that politics was generally less corrupt on all sides of the political divide, when the landed gentry ruled.

On the other hand ‘class politics’ as a term does not refer to rule by the aristocratic class. In comparative politics it refers to rule by a certain category of folk and this could be an ethnic or some other class of persons that stands out from everybody else. In the Sri Lankan context rule by the aristocracy has been replaced by what a friend referred to loosely as rule by ‘professional politicians’. That is an exact description in a way for a political class, except that today’s professional politician is representative of an eclectic cross section of society, even though some would argue that Parliament is predominantly made up of a lumpen cohort.

Be that as it may be, one type of politics of class has been replaced by another and instead of rule by the aristocracy there is dominance by a class of politicians who hold sway because they feel they were born into the role.

This in certain ways could be an improvement on what obtains in the UK where the upper crust still seems to have far more of a hold on power than in this country even though those such as the late Chanaka Amaratunge would have been horrified by the thought if he was around to hear it.

The concept of political class however needs not necessarily be identified with the issues of race, class, etc. Leftists and unionists too have belonged to ruling political classes and this was evident in the UK at a certain time when the leftists or centrists were in power. The Millibands were from a political class and were the prominent Left ideologues of recent times that could not secure power. It is probably correct to say that the unionists who wielded enough power to make Jeremy Corbyn the leader of the Labour Party belonged to a powerful class of politicians that could be considered a distinct political class separate from the political party based ruling elite.

In the US the political class has based itself on ideology – but there has not been a visible political class as in the UK consisting of the Oxbridge educated type. That does not mean that there haven’t been political dynasties, but the politicians in statewide and nationwide contests have generally been of an eclectic mix.

Back here, it was the JVP that most conspicuously took cudgels against prevailing class politics but the underlying intent to replace the ruling class was hidden by the ideological veneer that gave a gloss of some sort to a campaign that was raw in its visceral class-based intent and character. Was the emergence of the JVP in that virulent form in the early ’70s and ’90s an indication of the failure of the ruling class as we had in the post-Independence years?

Possibly, because it is interesting to note that during the JVP’s second uprising, there was a change of the guard and power passed from the hands of one class – the Jayewardene ruling elite – to another, represented by Ranasinghe Premadasa, whose beginnings were at a different end of the social spectrum. Then President Jayewardene probably saw the JVP violence of ’89 as class warfare, could not quite handle it, and hurriedly made way for a transition that saw the torch being passed from one political class to another.

In conclusion, it is safe to say that more often than not, a given ‘political class’ of individuals are in power in any country – but they are not always the rich or the landed gentry. But at least we in this island nation are past a stage when a class of patricians lay claim to power – and inherited power as a birthright. Though there may still be elements that harbour delusions about being born to rule, such persons have been rejected by the people so comprehensively, and they know it.

The elite has made way for an aspiring elite, but in the final analysis we are in a better place than when the carryovers from a feudal past ruled us. Others may argue that nothing much has changed, but they cannot ignore the facts.

Today’s political elite may not be drawn from any particular class but have metamorphosed into a distinct political class as of their own right when in power. Except that it is not easily defined – this set of power elites. They are a mix and that’s always better than having an exclusive political class – most often of the rich and the landed – at the helm of a country’s affairs.