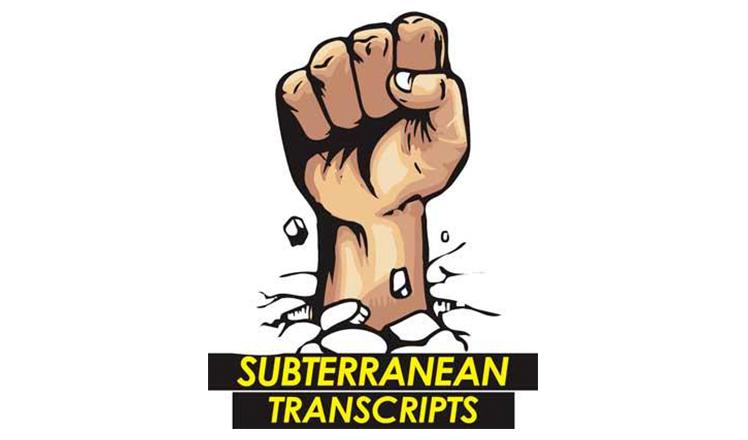 It is no secret that the alliance between the Sri Lanka Podujana Peramuna (SLPP) and the SLFP was uneasy from the get-go. It was essentially a marriage of convenience where the SLFP was the more needy party given political realities that include considerably reduced circumstances

Should the SLFP break ranks, the government will struggle to secure the two-thirds majority required to amend the constitution. However, a constitutional amendment is certainly not a necessity for political stability or survival of governments

The Sri Lanka Freedom Party (SLFP) seems ready to quit the Government if we are to go by the noises made by senior members of that party. Indeed there’s been mention of the SLFP planning to lead a new coalition of political parties in addition to strident criticism of certain policy decisions which, ironically, SLFPers in the cabinet kept mum about when they came up for discussion.

It is no secret that the alliance between the Sri Lanka Podujana Peramuna (SLPP) and the SLFP was uneasy from the get-go. It was essentially a marriage of convenience where the SLFP was the more needy party given political realities that include considerably reduced circumstances. If proof were necessary, consider the following: a) the SLFP was routed at the local government elections on February 10, 2018, b) the SLFP-UNP yahapalana alliance having soured, party leader and then president, Maithripala Sirisena, agreed to an ill-fated coup with the SLPP later that year, c) Sirisena was forced to ditch plans for reelection, d) Sirisena and the SLFP were forced to support Gotabaya Rajapaksa at the Presidential Election of 2019, and e) the SLFP had to contest the 2020 General Election under the ‘pohottuwa’ symbol (yes, not the ‘hand’ and that alone speaks volumes for the power and sway differentials between the two parties).

Now it is legitimate for anyone including those in the SLPP to be disgruntled. One could have differences of opinion with the leadership for example. Another could feel peeved about being overlooked when portfolios were distributed. Yet another could object on matters of principle. One doesn’t say ‘I was short-changed,’ though; typically annoyance is clothed in the garb of righteousness.

One recalls that those who supported Mahinda Rajapaksa’s failed re-election bid in January 2015 opted to contest on the Sirisena-led SLFP ticket at the General Election later that year. They would later break ranks, form the SLPP, and romp to victory in the local government elections. Times change. Fortunes dip and sour. Parties come together. Coalitions come apart. Has happened. Will happen again.

There’s an impact on parliamentary arithmetic. In this case, should the SLFP break ranks, the government will struggle to secure the two-thirds majority required to amend the constitution. However, a constitutional amendment is certainly not a necessity for political stability or the survival of governments. The Chandrika Kumaratunga led People’s Alliance batted through its term with a majority of one, for example. The SLPP has a much bigger cushion.

History tells a story and it’s about the fortunes of weaker parties rise when in coalition with stronger ones. The JVP soared in 2004 under the SLFP-led United People’s Freedom Alliance, returning 41 members to Parliament. The JVP’s fortunes, before and after that high, aren’t spectacular. One can speculate that the SLFP, under the current proportional representation system, would have suffered a fate similar to that of the United National Party (UNP) had it gone alone in 2020. Similarly, had the UNP decided to contest in a coalition with the Samagi Jana Balavegaya (SJB) led by Sajith Premadasa, may have fared much better than returning just a single member to the 16th Parliament.

If there is a break, the more serious implications, then, are for the SLFP. It is silly to think that the SJB or JVP would agree to contest under the hand symbol in any election shortly. The UNP might, but would rather go it alone or join hands with the SJB. Grudgingly, of course, and as grudgingly as the SLFP agreed to contest under the ‘pohottuwa’ or the Mahinda Rajapaksa loyalists agreed to contest under Sirisena’s nominal leadership (he was essentially backing the UNP in the 2015 General Election). In other words, the SLFP’s best bet would be to join a coalition led by the SJB and ideally partnered by the JVP as well. If the SLFP is contested alone, it is not hard to figure out the outcome. Those determined to defeat the SLPP would vote for the strongest party in the Opposition, the SJB. Those who are opposed to the likes of the SJB, UNP, and JVP, would rather vote for the (much stronger) SLPP than for the (much weaker) SLFP. The SLFP doesn’t have any political machinery worth talking about. It had, but that was a long time ago; it was essentially dismantled with the formation of the SLPP.
There are other factors to take into account. First, there are no major elections in sight. As such, given a comfortable parliamentary majority, the government is quite secure politically. There are difficulties. There have been mistakes and some might say some of them were grave. However, doom’s day prophets have yet to see their dire predictions come to pass.

We’ve moved from zero economic activity (cheered, let us not forget, by those with clearly political motives who were falling off their chairs screaming ‘lockdown, lockdown!’) to a somewhat back-to-normal situation. That’s courtesy of a vaccination drive that was argued to be impossible by the same people but which secured the vast majority of the population. No salutations, though, and that’s telling. There have been hiccups (a gas issue for example) and there are reasons to worry (impending power cuts, strikes, rising vegetable and rice prices) but we are nowhere close to the kinds of collapses that the likes of Dr. Harsha De Silva routinely predict.

Let’s assume, however, that things do fall apart in the ways that the Opposition dream of. Will it result in a massive surge of support for the SLFP? Will it see disgruntled SLPP MPs falling over each other to genuflect before Maithripala Sirisena? Unlikely. It is not that such people are big on ideology. In any case, it is not the case that the main political parties, the JVP included, are ideologically world’s apart. It is essentially about individuals furthering political objectives. Such individuals would not even consider the SLFP which, at best, would be a very junior partner even in a grand coalition that includes the SJB, UNP, and the JVP. And there’s no guarantee that such a coalition could defeat the SLPP either.

However, one thing is certain: the future of SLFPers in this government is not rosy. This is not because of disagreements over policy; rather it is a reflection of true political strength. The SLFP and therefore SLFPers have been politically weak since February 2018 and they’ve not appeared to have put on any extra warrior-weight since. However, if any SLFPer sees a dim future in an SLPP-led government, it is natural to look elsewhere. Not that fortunes elsewhere would be rosier of course. However, as individuals, a few may prosper. The party wouldn’t rise, though.
malindadocs@gmail.com