The SJB-TNA combine as India’s pawn 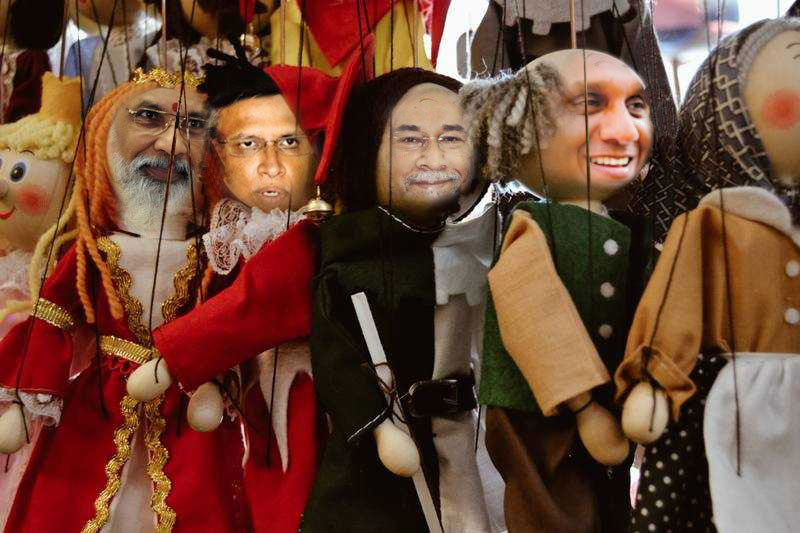 Sajith Premadasa appointed Dayan Jayatilleke as his advisor on international affairs. Dayan’s genuflection before India is legendary. Not surprisingly, in an article published immediately after his appointment, Dayan responded to an announcement by the Chinese Ambassador Qi Zhenhong, who said, ‘China will promote the alignment of the ‘Belt and Road Initiative’ (BRI) with President Gotabaya Rajapaksa’s “Vistas of Prosperity and Splendour” manifesto to promote economic and social engagement between the two countries.

Now, there are two ways to interpret this statement. One is to believe that whatever part of the BRI that’s promoted will be framed by what’s pledged in Rajapaksa’s election manifesto. Nothing wrong with that. Dayan worries that it’s the other way about.

He asks the legitimate question: ‘If President GR’s Sri Lanka has joined hands with China to respond to challenging international and regional situations according to a consensus between the two leaders, how will it take a nonaligned, equidistant or balanced stand with regard to US-China internationally and India-China regionally?’   He is the international affairs guru of the Opposition Leader and therefore the ball is in the court of Dinesh Gunawardena. He has to respond to this question.

Dayan, in the same article (‘The Xi factor, Delhi’s deterrence, and the Pakistan model’ in the Daily FT), berates the government for postponing the PC elections. He worries about what the new constitution would and would not do, never mind that we are yet to see a draft and never mind that obtaining the two-thirds parliamentary majority to get it passed will not be easy.

That’s the Indo-Lanka Accord. The annexures do talk of foreign presence but entities OTHER THAN INDIA! For Dayan, India is not ‘foreign’.

Is India part of Sri Lanka? Would Jaishankar respond to this question in the following manner — ‘Yes, most certainly!’?

The implication is that Sri Lanka is part of India or rather India’s plaything. Pawn. There’s Indian hegemony written all over Dayan’s and therefore Sajith Premadasa’s and the Samagi Jana Balavegaya’s position on these matters.

And Jaishankar, kindly, invites Sajith Premadasa to visit Delhi. Maybe he will also facilitate a meeting between Prime Minister Modi and the likes of M.A. Sumanthiran and C.V. Wigneswaran, a meeting that such politicians must have requested repeatedly from Indian diplomats in Colombo who they meet with frequently.

We can conclude that Jaishankar’s meetings with the President, Prime Minister and the Minister of Foreign Affairs was just eyewash. He just wanted to meet the likes of Sumanthiran and Sajith Premadasa.

The Ugly Indian has made an appearance. Dayan, Sajith, the SJB, TNA and Sumanthiran have paid their respective respects. We’ve read that script somewhere and it’s not pretty.