The rise of the Bonapartists: A political history of post-1977 Sri Lanka (Part I) 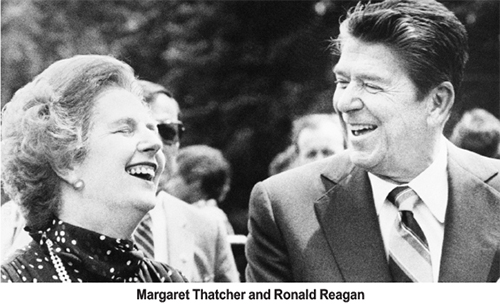 Viewed in retrospect, the yahapalanaya regime seems almost a bad memory now, best forgotten. This is not to underrate its achievements, for the UNP-SLFP Unity Government did achieve certain things, like the Right to Information Act. It soon found out, however, that it couldn’t shield itself from its own reforms; that’s how 2015 led to 2019. Despite its laudable commitment to democratic rule, the yahapalanists reckoned without the popularity of the man they ousted at the ballot box. November 2019, in that sense, was a classic example of a populist resurrection, unparalleled in South Asia, though not in Asia: a government touting a neoliberal line giving way to a centre-right populist-personalist.

What went wrong with the yahapalanist experiment? Its fundamental error was its inability to think straight: the moment Maithripala Sirisena reinforced his power by wresting control of the SLFP from Mahinda Rajapaksa, he ceded space to the Joint Opposition.

Roughly, the same thing happened to the C. P. de Silva faction in 1970: after five years in power, it yielded to the same forces it had overthrown from its own party. The lesson de Silva learnt and the yahapalanists so far haven’t was that no progressive centre-left party can jettison its leftist faction while getting into a coalition with a rightwing monolith without having its credentials questioned at the ballot box. When voters responded by electing the leftist faction in 1970, the leader of the rightwing coalition, the UNP, faced electoral defeat. Dudley Senanayake had to step down, just as Ranil Wickremesinghe had to.

Deceptively conclusive as comparisons between 1970 and 2020 may be, however, there is an important distinction to make. The rightwing ideology the UNP under Dudley Senanayake, adhered to was qualitatively different to the rightwing ideology Senanayake’s successor J. R. Jayewardene embraced. The two Senanayakes, Jayewardene, and John Kotelawala lived and had been brought up in the shadow of the British Empire. Upon coming to power they oversaw a shift in their party ideology from Whitehall to Washington; this process reached its climax in the McCarthyist Kotelawala administration.

Jayewardene was the last of the Old Right leaders whose fortunes were tied directly to the plantation economy and whose ideology cohered with the Bretton Woods Keynesian Right of Richard Nixon and Ted Heath. The paradox at the heart of his presidency, and the shift to populism at the hands of his successors, has much to do with the transition from this Old Right to a New Right. I begin my two-part essay with that transition.

The New Right, or the neoliberal Right, came into prominence via the election of Ronald Reagan and Margaret Thatcher on either side of the Atlantic. These two figures eschewed not only the leftist opposition, but also predecessors from their own parties; Ted Heath remained to the Left of Thatcher, for instance, while Gerald Ford criticised certain parts of Reagan’s reform programme (though eventually he extended his support).

In the industrialised economies of the West, to put it succinctly, the Old Right adhered as much to price controls, quantitative easing, and economic stimulus as did their rivals on the Left. By contrast, the New Right preferred low inflation even at the cost of full employment, the elimination of subsidies, and privatisation. Readers’ Digest called David Stockman “David the Budget Killer.” The epithet was not unjustified: at the Office of Management and Budget where he served as President during the first Reagan administration, Stockman oversaw the biggest rollback of the US state since the New Deal. Nixon famously claimed that we were all Keynesians, but Reagan enthroned monetarism. So did Thatcher.

How did that spill over to underdeveloped economies, particularly non-industrialised ones such as Sri Lanka’s? In the aftermath of the 1973 oil crisis, much of the Non-Aligned non-West suffered a full decade of unprecedented calamity in the form of famines, shortages, and inefficient, unresponsive bureaucracies. The governments of many of these countries opted for state-led industrialisation, which coupled with stagflation and incomplete land reforms at home failed to deliver on what it pledged and promised.

Indeed, laudable as Sirimavo Bandaranaike’s reforms were, they became mired in their own contradictions: as S. B. D. de Silva observed, they entrenched a class of intermediaries who benefited from the regime’s economic programme. “Nothing came out of [its] attempt to industrialise,” he recounted in his last interview in 2017, “because the industrialisation was really foreign exchange driven.” In other words, embedded in it were the seeds of its own electoral destruction, a fate accelerated by the jettisoning of the Left in 1975.

The transition from the Old to the New Right in the West led to the growth of finance capital, the deindustrialisation of Western economies and the shift to Free Trade Zones in the global periphery, and the enforcement of structural adjustment vis-à-vis the IMF, the latter revolving around four principles: economic stabilisation, liberalisation, deregulation, and privatisation (Thomson, Kentikelenis, and Stubbs 2017).

Between 1970 and 1980, debt levels in Latin America alone rose by over a thousand percent. Structural adjustment, at the time lacking the kind of critique evolved by the likes of Joseph Stiglitz and Thomas Piketty later, promised a way out of indebtedness which would lead to growth, development, low inflation, and free trade. The flip-side to these benefits, which its champions left out of the discussion, was widespread poverty, a widening income gap, high unemployment, and trade practices slanted and tilted heavily to the West.

Not unlike the World Bank prescription that preceded it, structural adjustment favoured the dismantling of local industry. But where the World Bank had prescribed the establishment of small cottage industries and continued emphasis on agriculture, the IMF recommended the privatisation of local industry AND agriculture to multinational corporations. This was in keeping with the new monetarist philosophy: reduce the money supply, lower marginal tax rates, maintain a minimal social safety net, and welcome the robber barons.

The East Asian economies grew against a different backdrop. Multinational companies until then were largely, if at all, limited to Central and Latin America: the United Fruit economies. In essence, the IMF and World Bank repackaged the United Fruit model and introduced it to countries newly embracing neoliberalism. Among these was Sri Lanka.

In a critique of Mangala Samaraweera’s maiden Budget Speech in 2017, Dayan Jayatilleka pointed out that inasmuch as the J. R. Jayewardene administration enacted open economic reforms, it did so within the framework of a centralised state. Therein lies a paradox I earlier alluded to of the Jayewardene presidency and, to an extent, of the Premadasa presidency: the dismantling of the economy did not follow from a dismantling of the state.

Yet this differed very little from what was happening in other countries enacting structural adjustment packages: economic liberalisation took place under the watch of a centralised, authoritarian state. Much of the reason for this has to do with the contradiction at the heart of structural adjustment itself: while it freed the economy, it shackled the majority, and to keep them from rising up in protest, it had to shackle dissent too.

It’s no cause for wonder, then, that many of the leaders of countries who would oversee the transition from state-led industrialisation to “export-oriented” MNC driven growth hailed from the Old Right. Jayewardene was no exception: an eloquent, shrewd populist, he made overtures to a virtuous society while entrenching a merchant class of robber barons.

Meanwhile, the rise of a civil society posing as an alternative to the private and the public sectors, but in reality aligned with the private sector, made it no longer possible for radical scholars, educated in the West, to get involved in policy implementation with the state. As Vinod Moonesinghe has noted in a paper on relations between civil society and government (“Civil society – government relations in Sri Lanka”), after 1983 there came about a steep rise in NGO numbers. Susantha Goonetilake (Recolonisation) has argued that the structures and relationships of power within and the activities of these enclaves came to reflect those of a private organisation more than of an institution affiliated to civil society.

In stark contrast to its earlier position of engagement with the public sector, civil society stood apart and aloof from the latter, inadvertently breaking away from its historical task of getting involved at the grassroots level in policy formulation and implementation. Ironically this served to speed up the government’s delinking from civil society: enmeshed in the private sector, NGOs ended up spouting postmodernist and post-Marxist rhetoric, offering no viable alternative to the UNP’s development paradigm.

Even more ironically, what that led to was a situation where, at the height of the second JVP insurrection, their most ubiquitous representatives took the side of the government over the rebels while taking the side of Tamil separatists over the government: a paradox, given that both groups were fighting the state over class as much as over ethnicity. The NGOs’ selective treatment of the JVP and the LTTE justifies the view that in the 1980s, ethnicity replaced class as the dominant topic of discussion by social scientists.

All this undoubtedly contributed to the separation of the state from the public sphere: a prerequisite of structural adjustment and economic liberalisation. Yet paradoxically, while that process of separation went ahead, it required as a lever an autocrat who could, and would, crack down on trade unions, appease a growing petty bourgeoisie and middle class, and in contradiction to the principles of nonalignment, ally with the West. This meant couching everything domestic in Cold War terms and slanting it to an anti-Marxist position: not for no reason, after all, did Jayewardene refer to the LTTE as a group of rebels fighting to establish a Marxist state in a BBC interview. Appeasing the middle-class with these methods was easy because the middle-class faced a dilemma: while it bemoaned the government’s authoritarianism, it was in no mood to revert to the autarkyism of the Bandaranaike era. It wanted more representation, while keeping the economy open.

At the heart of middle-class support for the Jayewardene presidencies, however, lay a fatal time bomb: its Buddhist constituency. When Jayewardene, in 1982, authorised the writing of a continuation of the Mahavamsa, he reaffirmed his regime’s commitment to a Buddhist polity. In an essay on the Jathika Chintanaya, Nirmal Ranjith Dewasiri argued that while in one way 1977 appeared to be “a symbolic marker of a new epoch”, in another it betrayed “a loss of something that is Sinhala Buddhist.” Supplementing this was the rift at the heart of J. R.’s reforms: political authoritarianism versus economic liberalisation. Both were viewed as betrayals of Buddhism, quoting Stanley Tambiah’s book; dharmista samajayak, after all, was as much the winning promise of Jayewardene’s campaign as it was the title of Ediriweera Sarachchandra’s critique of his regime’s breach of that promise.

The suburban Sinhala middle bourgeoisie of artists, artisans, and professionals responded lukewarmly to Jayewardene. The results of the 1989 election confirmed the scepticism with which they viewed the achievements and failures of his administration: more than 46% of the UNP’s votes came from a third of the country’s electorate, none of which comprised Colombo’s suburbs (except for the city and the Catholic belt to the north of Colombo), while 38% of the SLFP’s votes came from, inter alia, those suburbs. The new UNP candidate they viewed cynically; “they were not convinced that Premadasa represented adequate change” (Samarasinghe 1989). The SLFP’s popularity among state employees, in particular, showed when it won 49.5% of the postal vote. A crucial litmus test for Premadasa would therefore be how his presidency would be viewed by the Sinhala Buddhist middle-class.

To be continued next week…

Uditha Devapriya
(The writer can be reached at udakdev1@gmail.com)
Source: island.lk