The Rationality of a National Peace Council Funded by Warmongers 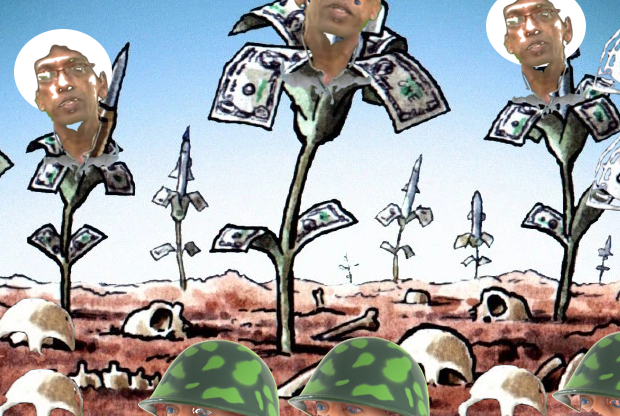 Srilankabriefly Rationality would first demand to know why the world’s largest and most bloodthirsty warmongers are funding his ‘peace’ council.

Jehan Perera of the US, English and EU-funded Peace Council that calls itself ‘National’, keeps demanding ‘rationality’ from the government. Government leaders need to analyze problems more rationally, he harps over and over again.

Funny boy. Rationality would first demand to know why the world’s largest and most bloodthirsty warmongers are funding his ‘peace’ council.

“With rational thought that comes from long years he spent in the military, hopefully President Gotabaya Rajapaksa has the capacity and power after the passage of the 20th Amendment to lead the country out of the widening morass.”

What exactly is this “morass’? Who perpetuates it? His funders. And why is Jehan fondling the President’s medallions?

His worries are about the irrationality of rejecting the MCC project, and promotion of vedic cures for Covid. He reasons: the MCC would permit efficient transport, and identify underutilized land use. Nationalism is at the root of our irrationality. Can anyone be more nationalist than his white sponsors, who don’t just ‘stand back and stand by”?

First, the words rationality and ration come from trying to figure the ratio of what we know against what we do not know. Jehan perhaps doesn’t know how his sponsors have a history preventing us from thinking certain thoughts. Rationality, to use the German of his funders, is verboten for the schwartz (the darkies)!

Any of our attempts at rationality, like planning for the future, have been met with horrific ‘repercussions’ by his own funders: murder (retail and mass), coups d’état and mayhem.

The ’56 Revolution specifically set out to fill in many of the lacunae in 1948 Soulbury independence, such as rationally planning the economy. The assassination of SWRD Bandaranaike, contrary to widespread myths, specifically linked to attempting promulgatation of his government’s 10-Year Plan.

The US-dominated World Bank then made it clear: planning is not allowed. They demanded dismantling any such mechanisms in government: to prevent planning that interferes with the plans of the US multinational corporations, who Jehan’s generous funders represent.

So now, ‘independent’ governments dare not even mention a plan, let alone an industrial plan.

Modern industrialization would enable the spread of science and technology among the people. Instead of providing unending sermons on how backward we are, why doesn’t he demand transfer of real technological skills. We don’t mean us buying computers, but the means to make, not just assemble, the parts that run computers!

His funders, the US and England etc., backed JR Jayawardene to destroy the Steel Corporation and other government enterprises? Jehan complains about the lack of a bus schedule. But, again, the JR government destroyed the SLTB.

It was the SWRD  who nationalized private bus owners, who were blowing up buses with the passengers in them, to monopolize bus routes. Then Jehan’s funders helped murder him instead.

These US think-tanks and allied merchants still daily demand the privatization of the remaining enterprises. These ‘enterprises’, for all their drawbacks, far more rational and yes, less corrupt than the private sector, and less wasteful, provide a rational public good.

Look how the plantations exploit insecure workers to prevent technological applications, just like his US funders did for centuries on their slave-cotton plantations. What a waste of human life!

MCC concern for land-use is hilarious. We do not mean to hark back to ancient practices, but the world has long commented on Sri Lanka’s famed irrigation systems and the functions of the purana gamsabha to ensure the rational access of all villagers to production. Who destroyed them? His English funders.

His concerns then boil down to worries about the impact of allying with China and Russia to defeat rogue UN resolutions will have on ‘foreign investors’. Who in heaven or hell are these foreign investors and what on earth have they invested in for the last few hundred years? Modernity?  No way. They have actively prevented it!

We are sure he has absolutely no answer to this charge.

As for his objection to miracle cures. Let us recall how his funders consistently thwarted independent health policy.

In Sri Lanka, pharmaceutical firms in 1973 sabotaged attempts by the government to centralize imports and to encourage local manufacture. US Pfizer Co. foiled nationalization by exerting political pressure through the US government. Pfizer demanded US $99 per kg for importing raw materials for tetracyclene capsules, compared to the State Pharmaceuticals Corporation importing from another source at US $20 per kg,.  Despite a prevalent cholera epidemic, Pfizer – the COVID vaccine evangelicals – declined requests by the Minister of Industries to produce capsules from raw materials imported from the cheaper source. The US Ambassador then intervened personally, reportedly threatening US food ‘aid’ to Sri Lanka.

How Sri Lanka was made to depend on food aid, is directly linked to imperialist destruction of agriculture, preventing development banks from enriching cultivators, rather than the US and EU-backed microfinance companies fleecing them now. Again the story of Philip Gunawardena, as related in Ananda Meegama’s biography, exposes how the US and English governments and their banks vehemently attacked such absolutely rational ministers.

Jehan’s funders of his sermons, and their conglomerates, have long infiltrated international agencies, including the UN system. Their spy networks destabilize governments. They use the military and diplomatic power of international capitalism as represented by the USA to thwart independence.  Jehan utters nothing about this.

Confession is good for the soul, some sermons tell us. Rationality demands he extricate himself from the bloody scatological morass he finds himself in.  Jehan, for all his pacific pretensions, should come clean.