The Purpose of Defending Anarchists 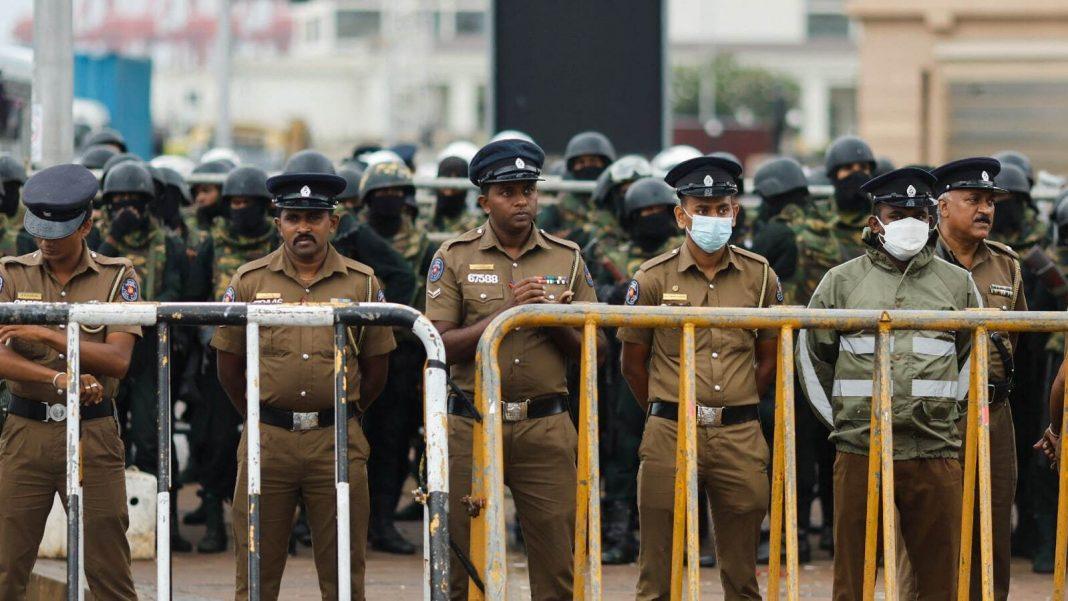 Asterisk is a fictional character of a popular comic strip. The plot is that he was the indominatable Gaulish warrior who fights the mighty Roman Army that wants to conquer his small village. With the help of a magic portion Asterisk and his fellow villagers manage to defeat the Roman Army each time. The Roman Army too does not give up and tries different tactics to achieve their goals.

One such strategy was to introduce a women’s legion. As gallant gentlemen Gauls would not be able to thrash the invaders as previously. This would allow the female legion to take over the village in the name of the Roman Empire.

Sri Lanka a Victim of a ‘Female’ Legion?

Sri Lanka Security Forces too are facing the same conundrum as that faced by Asterisk. The so-called anti-government protesters are marketed as “peaceful”.

This is an odd adjective for a group of hooligans. Since March 2022, their actions include:

Turning former President Gotabaya Rajapaksa’s peaceful residential area into a war zone as they came hunting for the President of a sovereign nation.

Disobeying Police orders to disperse; pelt the Police with rocks causing grievous bodily harm to 20 Police personnel, withstanding teargas, damaging two fuel bowsers by removing tires and engine, forced drivers to abandon their bowsers, attempt to set these bowsers on fire despite warnings of the grave repercussions for the entire area.

Lynching to death a person and an innocent dog that was tethered and not posing harm to any.

In a well coordinated move burnt, looted and vandalised private properties of government MPs and those who supported this government’s election campaign. Within one and half days 74 such properties around the Island were destroyed.

Mobilised a large mass to break and enter the State’s highest offices and buildings such as the President’s House, Temple Trees, Presidential Secretariat, building that housed the President’s Media and the Prime Minister’s office and vandalised, looted and desecrated these premises.

Shoved the police out of public property, which they claim now to be their premises.

Beat Military personnel senseless and stole weapons and live ammunition that were in their possession in broad daylight within the vicinity of the Parliament.

Forced a Prime Minister with the highest preferential votes to resign and thereby dissolve the government.

Forced a democratically elected President to resign or be lynched to death.

Yet, as they did not have a hand grenade, T-56 or a claymore mine, they are considered to be harmless. Their agitation to force a legitimate government into their bidding and resignation of State leaders is seen as a democratic act.

Freedom of speech is a democratic right. Yet, it is illegal to baselessly scream “fire” or “bomb” in a crowd. The ensuring panic could cause a stampede, causing people to fall and be trampled to death.

Words have power to make or break a nation. Hitler’s inflammatory speeches converted disciplined German citizens into monsters. Likewise the hateful slogans and hate speeches by these anarchists is inciting hatred within ordinary citizens against the political establishment.

Without any census they are pronounced as the voice of the nation. This is a déjà vu to the LTTE days. Despite Tamils fleeing from the LTTE infested areas, the brutality the LTTE unleashed on the Tamil civilians and Tamil politicians, in fear for their lives, they shivered in Colombo as they kowtowed the LTTE, as the LTTE was considered as the Tamil’s sole representative.

Interestingly, the original protesters who converged at the Galle Face Greens, whose protests were as much a beach party are no longer seen in the vicinity. The singing and merry making in a family atmosphere has disappeared.

They are replaced by an uncouth crowd. Instead of singing and music, a monologue now drones on into a microphone the whole day. As exposed by subsequent fracas, disagreements and denouncements between the anarchists, this is not one voice but different groups with varying objectives.

Any action taken by the law enforcement against these so-called “peaceful” protesters is severely criticised by,

diplomats from the West

Media (both social and conventional)

In effect, these so-called “peaceful” protesters are the Roman Army’s female legion. The question is, to whose legion do these anarchists belong?

Anarchy is the Modern Terrorism

On a number of occasions, the JVP had admitted to be the managers of the protests. They claim that their entire political machinery is in the ground. Certainly, the JVP could be sailing with the wind but it is questionable if the ship is theirs. This is the only way they could improve their three per cent vote base – especially when Gotabaya Administration’s unpopularity failed to swing in the Opposition’s favour.

Anura Kumara Dissanayaka’s goal to come forth as a presidential candidate, at the recently held election at parliamentary level, might be to prove his sincerity. With his three votes he showed that his party neither bargained nor bought votes.

He was least perturbed by his lack of popularity among his political peers. Neither of the other two contenders, Ranil Wickremesinghe nor Dullas Alahapperuma, were ideal candidates. The legitimacy of Wickremesinghe as a National List MP, who lost at the 2020 general elections, was questioned. Alahapperuma despite his long years in politics does not standout from his fellow politicians. Yet, not even the TNA or the Muslim parties considered Dissanayaka.

Hence, his call for an election that the country cannot afford. Outside Parliament Dissanayaka is making strides that none of the other parties can. Galvanising frustrated youth onto streets, to intimidate opponents and thereby attempt to wrestle power, are the JVP’s hallmarks.

Yet, it is highly doubtful that the JVP is the architects of these anarchists. Similar uprisings have taken place around the world. The Arab Springs in the Middle East and civil unrest in Hong Kong are vivid examples when ordinary citizens were incited to challenge authorities and make governance impossible. Time will reveal the face behind this manipulating hand as well.

On 22 July 2022 President Wickremesinghe briefed the Colombo based diplomats on the facts pertaining to the clearing of the Presidential Secretariat area from the anarchists. He also raised his concerns over the unsubstantiated statements made by some diplomats. Pointedly, Wickremesinghe queried if western governments would tolerate if their respective highest office, that housed valuable documents, were forcibly occupied illegally.

Wickremasinghe, instead of confrontation maintained cordiality. This is a refreshing change from the usual ostrich policy we generally follow. The Wickremasinghe government must take a step further to analyse the exact motive behind these highly trained and skilled diplomats’ unprofessional statements. These statements are certainly not born out of lack of intelligence.

President’s maiden task was to meet with the top brass at the Defence Ministry. Thereby, he signalled the importance he is placing on national security. Defence however needs to be fortified not only from within, for almost every one of our internal threats has had a foreign hand supporting it explicitly or implicitly.