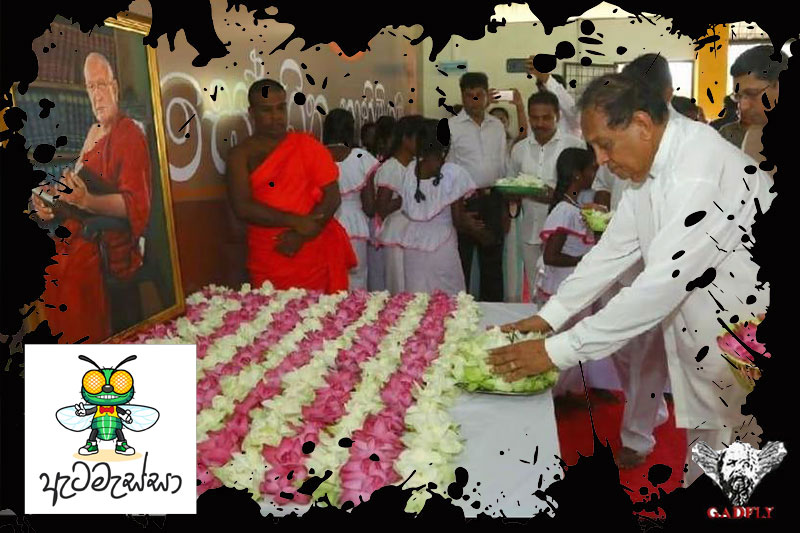 Ambalangoda is famous for puppet shows. The puppeteer, as we know, operates from behind the screen. The audience doesn’t see the puppeteer.

The puppet show put together by the Bikkhu Collective for Good Governance was different. The bikkhus puppets as well as the puppeteer were all visible.

And the following are some of the issues they were concerned about:Certain individuals nominated for various commissions by the Parliamentary Council, a situation where bikkhus are unable to express their views freely, political victimization of several government servants including the highly respected police officer Shani Abeysekera.

It is good that these respected members of the Maha Sangha have suddenly woken up. What is perplexing is the fact that they were in deep slumber from January 8, 2015 until the Presidential Election of 2019. Perhaps, for them, the Chief Prelate of all Prelates was Ranil Wickremesinghe. Maybe they didn’t represent the Buddhist Order but the Yahapalana Nikaya of the UNP Order.

Some of them have lost director posts in Boards they had been appointed to. The Litro ‘alms’ has grounded to a halt. And so they are awake. Oh dear!

Well then, The Gadfly just wants to ask some questions that those who call themselves journalists did not pose to the puppets and puppeteers:

# Did these respected bikkhus forget to call a media conference when for the very first time in the history of parliamentary affairs in the world the Speaker gave a determination based on sound levels?

# When the Hambantota Port was sold, when the Mattala Airport was used to dry paddy, when the Central Bank was robbed, were these respected bikkhus fast asleep?

# Was it that these respected bikkhus had acquired ‘maarga pala’ when Hoole, the maverick member of the so-called ‘independent’ election commission petitioned court to prevent elections being held (!)?

# When the Yahapalana Government went to Geneva and connived with the USA to cede the nation’s sovereignty, had these respected bikkhus gone on a long pilgrimage to some unknown destination?

Maybe the venerable ‘just society’ bikkhus believe that the people of this country are stupid. The people know that although the hand belongs to Esau, the voice is Jacob’s.

[English version of the original Sinhala article published in the website www.theleader.lk]