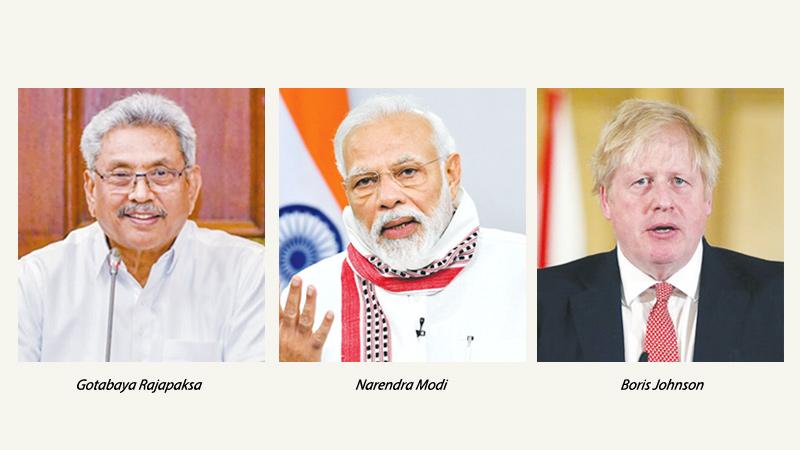 The one grouse that the enemies of this government have, is not necessarily the issue that is most spoken about. The most virulent critics of the current dispensation say that they are against the Port City, militarisation, and the Abeyratne Commission recommendations, and they of course regularly excoriate the tilt towards China.

But all these attacks generally end up in one place — they say that the Gotabhaya administration is parochial, and is a pro-Sinhala in a way that hasn’t happened before.

Truth be told, all other attacks are camouflage. The real grouse is that the government has a pro-Sinhala tilt which is taken to be an insult in a country in which the British handed over power with the Tamil community as the de facto ruling class that inherited the mantle of leadership from them.

How the British intended it to be because it was a natural upshot of the fact that the coloniser divided and ruled.

The British era local ruling elite was essentially Tamil, in the civil service and what have you.

Ponnambalam’s thick skinned 50-50 demand was a product of that mindset. His sort of elite Tamil community, used to such oversised entitlement, expected to never have it acknowledged that Sri Lanka is a Sinhala majority Buddhist country at all.

Even if for all intents and purposes this country metamorphosed into a Sinhala Buddhist led polity, the unspoken compact between the Tamil and Sinhala ruling elites was that somehow the Sinhalese elite and the Tamil elite ran this country as co-equals.

It’s true of course that the Tamil elite didn’t enjoy so much as a semblance of the kind of power they expected to have when the British called it quits, and that successive post-independence governments and oppositions were for the most part Sinhala led — apart from the two brief occasions in which the opposition was led by a Tamil party.

But that sort of numbers-based reality notwithstanding, the Tamil elite approached politics from the position of co-equals.

“Co-equals”, that’s not even close to what happened, critics would say. They would say the Tamils complained of being discriminated against, so how could anyone surmise that they considered themselves co-equal when running the country?

Just to be sure nobody misinterprets this, of course Sinhalese, Tamils, Muslims and all other ethnicities should have equal rights in this country. That goes without saying.

But, it would be absurd for a minority community to imagine themselves as having a co-equal stake in running the country — especially in this majority Sinhala Buddhist country.

This is an oasis of Buddhism and is as important to Buddhists as Rome is to Catholics, as an academic of great repute used to say. Notwithstanding that, the Tamils considered themselves as having an equal stake in running the affairs of this island, despite the odds being tremendously against that.

Why is it that the Tamil political elite raised the cry for a separate state, even before Prabhakaran and fellow brigands took up arms to create just such a State which they called Eelam? They thought they were born to rule.

Why is it that in 2015 for instance, when there was a change of government, certain Tamil politicians began to boast that the Tamils now rule the North, and the rest of the country too?

The answer is that there was a sense of entitlement that made Tamil politicians in the main, think of themselves as a minority that could lord it over the majority — does white rule in South Africa during apartheid ring a bell?

Not even in 1956 had this illusion of being co-equal rulers been shattered. But in 2019 when President Rajapaksa said in his swearing in speech that he had been elected by the Sinhala voters, he shattered that unspoken post-independence compact that considered the Tamil political elite, along with the Sinhalese, co-equal rulers of this land.

He had been criticised severely in some quarters among the Sinhala opinion makers for stating this in public. But if it was essentially the truth, it’s just that he had no qualms stating it.

By stating what he did, he had crossed the Rubicon. The colonial era illusion — the hangover-like psychology that gave the Tamil political elite the false sense of superiority that somehow despite the odds, despite everything, in some way they could lord it over the Sinhalese, was gone.

In accomplishing that, President Gotabaya Rajapaksa made deep inroads into the psyche of the Tamil political elite.

This firm break with the past, is what rankles those who hate this President and others who form the government. They can’t come to terms with this sudden sea change in attitude and approach that marks a significant transformation from the past.

Some of them think that it was too important an unwritten rule to be broken. Old habits and old ways of thinking die hard.

Perhaps all those who pretend that President Rajapaksa did something unconscionable, should take a look at what’s happening these days in the country of the ex-coloniser.

Boris Johnson campaigned on what was termed by the liberal media as a chauvinistic pro-British platform, and he was anti-European in a hitherto unimaginable way. He changed British politics because he broke the unwritten rules about not being chauvinistic in being anti-European.

The general consensus was that he was impolite, buffoonish and brash, and is an aberration. But recent by-elections show that his brand is here for much longer than the critics would have imagined.

His politics, it seems, would outlast him as well.

At the beginning his party’s performance was put down to the fact that he had an ultra-leftist unelectable Labour leader Jeremy Corbyn as an opponent.

But at the recently concluded by-elections he won hitherto impenetrable Labour bastions that have never gone Conservative in recent times, such as Hartelpool — and the Labour leader in these times, Kier Starmer, is someone considered very charismatic, suitably rightwing and electable.

Certain watershed events in politics happen when their time has come — and President Gotabhaya Rajapaksa’s pro-Sinhala tilt happened partly to reverse an aberration.

It was unrealistic for the Tamil minority political leadership to consider themselves co-equals in the domestic leadership stakes. In 2019, the reset button was pushed on that.

There would be people who would always see winning on the Sinhala vote as something not quite right, but it is no more wrong in politics than Boris Johnson winning on a so-called chauvinistically pro-British anti-European platform.

Political realities keep changing everywhere and Modi’s Hinduthva India is yet another example.

Even if these trends are branded as being parochial and the like, the fact is that Modi won twice, Johnson keeps winning, and so it is clear that significant breaks with the past don’t lead to political disaster for the change makers.

On the contrary, change-makers alter the political landscape. Politics will be never the same again after Boris Johnson and the likes of Nigel Farage, and though there would be pendulum swings to the left and the right far into the future in British politics, being patriotic British Johnson style would never be considered beyond the pale again.

Those who write in sceptical terms about the present GR administration in power should note that tectonic shifts happen in politics due to a reason.

They don’t happen by accident or due to happenstance. Often such tectonic changes are essential for the survival of the polity, however extreme they may look to some. In the UK, there seems to have been a groundswell of negative opinion among the masses about quintessential Britishness being swamped by continuing to be in the EU.

Absurd though that may have sounded many years ago, that kind of politics is accepted norm in the United Kingdom that we know now.