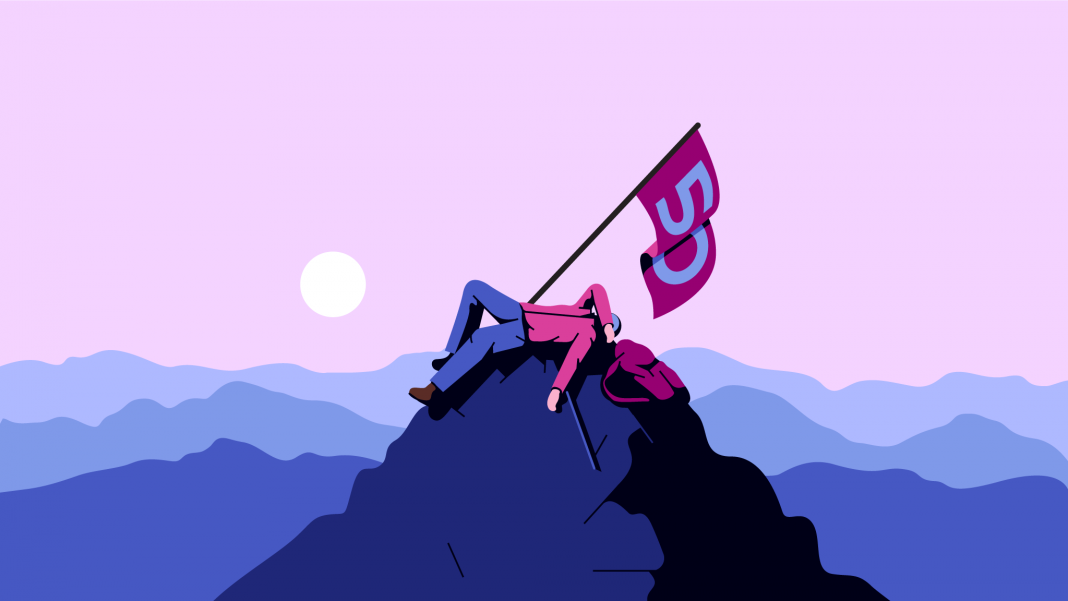 Revolutionaries, self-styled or otherwise, are hard to imagine as old people, the exception of course being Fidel Castro. Castro grew old with a Cuban Revolution that has demonstrated surprising resilience. Che Guevara was effectively stilled, literally and metaphorically when he was just 39, ensuring iconic longevity — and the wild haired image with a star pinned on a beret is a symbol of resistance and, as is often the case, used to endorse and inspire things and processes that would have horrified the man.

Daniel Ortega at 75 was a revolutionary leader who reinvented himself a few decades after the Sandinistas’ exit was effectively orchestrated by the USA in April 1990. He’s changed and so has the Sandinistas. Revolutionary is not an appropriate descriptive for either.

Rohana Wijeweera is seen as a rebel by some, naturally those who are associated with the party he led for 25 years, the Janatha Vimukthi Peramuna (People’s Liberation Front), widely referred to by its Sinhala acronym, JVP. He led two insurrections and was incarcerated alive on November 13, 1989 in the Borella Cemetery during the UNP regime that held stewardship during the bloodiest period in post-Independence Sri Lanka.

If he was alive today, he would be almost 78-years old. Imagination following the ‘ifs’ probably will not inspire comparison with Castro or Che. Not even Ortega, for the Nicaraguan actually helped overthrow a despotic regime and, as mentioned, succeeded in recapturing power, this time through an election.

Wijeweera did contest elections, but he is not remembered as a democrat. Neither he nor his party showed any success at elections during his leadership. In any event, as the leaders of what was called the ‘Old Left’ as well as people who are seen as ‘Left Intellectuals’ have pointed out, the 1971 insurrection was an adventure against a newly elected government whose policy prerogatives were antithetical to the world’s ‘Right.’ As such, although the JVP had the color and the word right, moment and act squarely placed it as a tool of the capitalist camp, it can be argued.

As for the second insurrection, the JVP targeted leaders and members of trade unions and political parties who, although they may have lost left credentials or rather revolutionary credentials, were by no means in the political right. That such individuals and groups, in the face of the JVP onslaught, ended up fighting alongside the ‘right’ is a different matter.

Anyway, this Sunday marks the 50th anniversary of the first insurrection launched by the Wijeweera-led JVP. Of course that ‘moment’ was preceded by preparation and planning that was good enough to catch the United Front government led by the SLFP by surprise, but the entire adventure needs to be examined by the longer history that came before.

Wijeweera belonged to what was called the Peking Wing of the Communist Party, formed after the USSR and China parted political/ideological ways. When Wijeweera broke away from the Peking Wing he was barely out of his teens. What he and others dubbed as the ‘Old Left’ were at the time seen as having lost much of its previous revolutionary zeal. Entering into pacts with the ‘centrist’ SLFP gave credence to this perception. There was, then, a palpable void in the left half of the political spectrum. Wijeweera and the JVP sought to fill it.

It’s easy to play referee after the fact. April 4, 1971 was inauspicious one could argue. The entire strategy of capturing police stations, kidnapping/assassinating the Prime Minister, securing control of the state radio station etc., describe a coup-attempt rather than a revolution. There was no mass movement to speak of. There wasn’t even anti-government sentiment of any significance.

Nevertheless, it was an important moment. As Prof Gamini Samaranayake in his book on the JVP pointed out, the adventure revealed important things: a) the state was weak or rather the security apparatus of the state was weak, and b) armed struggle was now an option for those who aspired to political power. Indeed these two ‘revelations’ may have given some ideas to those Tamil ‘nationalists’ who would end up launching an armed struggle against the state and would so believe that victory was possible that they would try their luck for 30 long years!

Had April 4 not happened, would we have ever had an armed insurrection? If we did, would it have been different from April 1971 and 1988/89? That’s for those who enjoy speculation. Maybe some creative individual with an interest in politics and thinks of producing fiction based on alternative realities might try his/her hand at it. It would probably make entertaining reading.

The April 4 adventure ended in an inglorious defeat. Wijeweera himself was captured or, as some might claim, planned to be captured (a better option than being killed, as hundreds of his followers were). The captors did not know who he was until he himself confessed. He spilled the beans, so to speak, without being urged to do so.

The JVP, thereafter, abandoned the infantile strategy adopted in April 1971. The party dabbled in electoral politics for a while after J.R. Jayewardene’s UNP offered a general pardon that set Wijeweera free. Wijeweera and the JVP would focus mostly on attacking the SLFP thereafter. Others who were arrested opted go their individual ways. Some went back to books and ended up as academics (Jayadeva Uyangoda or ‘Oo Mahaththaya’, Gamini Keerawella and Gamini Samaranayake for example).

Others took up journalism (Victor Ivan alias Podi Athula and Sunanda Deshapriya). A few joined mainstream political parties (e.g. Loku Athula). Many would end up in the NGO sector (Wasantha Dissanayake, Patrick Fernando and Sarath Fernando). Their political trajectories, then, have been varied.

The JVP is still around. For the record, the ‘Old Left’ is still around too, although not as visible as the JVP. We still have the CP (Moscow Wing) and LSSP, as well as their off-shoots. Individuals who wished to be politically active, either joined the SLFP or the UNP or else were politically associated with such parties, even if they didn’t actually contest elections.

The JVP still talks of Wijeweera but this has been infrequent. It’s nothing more than tokenism, even then. The party has politically aligned itself with the SLFP and the UNP at different times and as of now seems to have been captured by the gravitational forces of the latter to a point that it cannot extricate itself or rather, finds itself in a situation where extrication allows for political crumbs and nothing more. The Marxist rhetoric is gone. Red has been replaced by pink. There’s no talk of revolution.

The high point in the post-Wijeweera era was returning some 40 members to parliament at the 2004 elections in a coalition with the SLFP. However, the decision to leave the coalition (UPFA) seems to have been the beginning of a serious decline in political fortunes. It demonstrated, one can argue, the important role that Wimal Weerawansa played in the party’s resurgence after the annihilation of the late eighties. In more recent times, the party suffered a more serious split which had a significant impact on its revolutionary credentials. The party’s radicals broke ranks and formed the Frontline Socialist Party, led by Kumar Gunaratnam, younger brother of the much-loved student leader Ranjithan (captured, tortured and assassinated sometime in late 1989).

The JVP, led by Anura Kumara Dissanayake, has done better than the FSP in elections thereafter, but the split also saw the former losing considerable ground in the universities, the traditional homelands of recruitment if you will. The spark went out as well. There’s palpable blandness in the affairs of the party. At the last general election the JVP could secure just 3% of the vote.

The JVP is old. Too old to call itself the ‘New Left’ (by comparing itself with the LSSP and CP). The FSP is ‘new’ but it poses as the ‘real JVP’ and as such is as old. There’s nothing fresh in their politics or the ideological positions they’ve taken. In fact one might even argue that now there’s no left in the country. It doesn’t mean everyone is in the right either. There’s ideological confusion or, as some might argue, ideology is no longer a factor in Sri Lankan politics. It’s just about power for the sake of power. That’s not new either, but in the past ideological pretension was apparent whereas now politics is more or less ideology-free. Of course this means that a largely exploitative system and those in advantageous positions within it are the default beneficiaries.

Can the JVP reinvent itself? I would say, unlikely. There’s a name. It’s a brand. It’s off-color. It is politically resolved to align with this or that party as dictated by the personal/political needs of the party’s leadership. Wijeweera’s son Uvindu is planning to jump-start the party with a new political formation, but adding ‘Nava’ (new) doesn’t make for the shaving off of decades. Neither does it erase history. Its potential though remains to be assessed. Maybe a decade or two from now.

So, after 50 years, are we to say ‘we had our first taste of revolution or rather pretend-revolution and that’s it’? The future can unfold in many ways. A half a century is nothing in the history of the world. It’s still nothing in the history of humankind. Systems collapse. Individuals and parties seemingly indestructible, self-destruct or are shoved aside by forces they unwittingly unleash or in accordance with the evolution of all relevant political, economic, social, cultural and ecological factors.
People make their history, but not always in the circumstances of their choice. The JVP is part of history. They were in part creatures of circumstances and in part they altered circumstances. Left a mark but not exactly something that makes for heroic ballads. Time has passed. Economic factors have changed. Politics is different. This is a different century and a different country from ‘Ceylon’ and the JVP of 1971.

The JVP is not a Marxist party and some may argue it never was, but Marx would say that a penchant for drawing inspiration from the past is not the way to go. One tends to borrow slogan and not substance that way. April 4, 1971. It came to pass. It was followed by April 5. The year was followed by 1972. Forty nine years have passed. A lot of water has flowed under the political bridge. Good to talk about on anniversary days so to speak. That’s about it though.