The last days of Pompeo 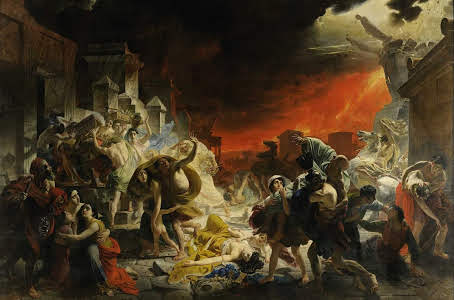 Well, Mike Pompeo came. He saw. He mumbled something to President Gotabaya Rajapaksa that amounted to little more than ‘we are pals, we’ll remain pals.’ Then, in full public view, he took potshots at China.

The last was what the ‘international press’ reported. The Independent (UK) headlined it thus: ‘China is a “Predator,” Pompeo tells Sri Lanka.’ The Hindu (India) had the same headline. Al Jazeera said ‘Pompeo slams “predator” China on Sri Lanka trip. That’s the ‘news’ the US voter might read.

Why should Pompeo say nothing when President Gotabaya brought up China but use other opportunities to attack that country?

The intended audience, obviously, was the voter in the United States of America; Sri Lankans by and large, even if they knew of Pompeo or what he’s about, don’t seem interested in the US-China spat. Sure, it has bearing on their lives, but since it is out of their control in the main, the people probably think ‘we have other things to worry about in the here and now.’

Well, the US voters are currently leaning towards Joe Biden. Pompeo’s boss Donald Trump has a still hill to climb and he’s running out of time. It could very well be his land days and as such Pompeo’s as well.

On the other hand, Pompeo, as the Secretary of State no less, does clue us about Washington. Trump’s Washington, we could add. No different from any other president’s Washington, this too needs to be added. He is the ‘America’ of US foreign policy. It’s not an unknown, but it’s reaffirmation is useful simply because truth makes for realistic engagement whereas illusion confounds and confuses.

‘We won’t show up with state-sponsored enterprises,’ he told Derana, They won’t call the MCC an ‘enterprise’ and neither will they use the term to describe interference in policy-formulation, the arm-twisting tactics in international forums, pushing for particular kinds of constitutional and economic reform, and funding political projects, but that’s all about business nevertheless. US business interests, that is. Strategic interests too. For the record, whether it is state or private enterprise, if the outcome is the same, the objections against the former are silly.

The US will not offer debt-packages that can’t be repaid, he also said, adding ‘we won’t attempt to use debt to extort actions by the government.’ The debt-trap, however, is a deliberate US-led game played by multilateral institutions controlled by that country. Nice words upfront, garbage behind the scenes. Pompeo knows that Ambassador Alaiana B Teplitz as well as colleagues in the State Department have issued veiled threats referring to trade whenever Sri Lanka has hesitated over agreements with the USA. The USA did violate WTO rules (which were essentially drafted by US business interests) in imposing restrictions on Chinese companies. ‘Do this or else…’ is a shouted out and softly spoken line that US officials use consistently on a wide range of issues.

Anyway, this is what he had to say about China: ‘We see from bad deals, violations of sovereignty and lawlessness on land and sea, that the Chinese Communist Party is a predator, and the United States comes in a different way.  We come as a friend and as a partner.’

US friendship and partnership are things the world has experienced. In the breach. Twentieth Century history is littered with wars launched or fought by the USA. The USA has backed dictators and military juntas, helping them violently put down movements calling for democracy. The USA has funded, armed and trained insurgents in efforts to bring down democratically elected governments who refused to toe the Washington line. The USA went to war over non-existent weapons of mass destruction. The USA has annexed territories all over the world, sometimes evicting entire populations in order to set up military bases. In the name of ‘democracy,’ and in the name of ‘peace’ the USA has reduced countries to rubble. The profits came rolling in; that was the one constant.

So there was vini, then. There was vidi too. Vici? Well, nihil vici. A lot of hot air. He said quite an  undiplomatic mouthful that was not relevant to his visit as far as bilateral relations are concerned. He came and was welcomed in the name of friendship and ended up venting against some other country. That’s the USA. That’s Washington. That’s what Teplitz represents. That is what Trump is and what Biden will be.