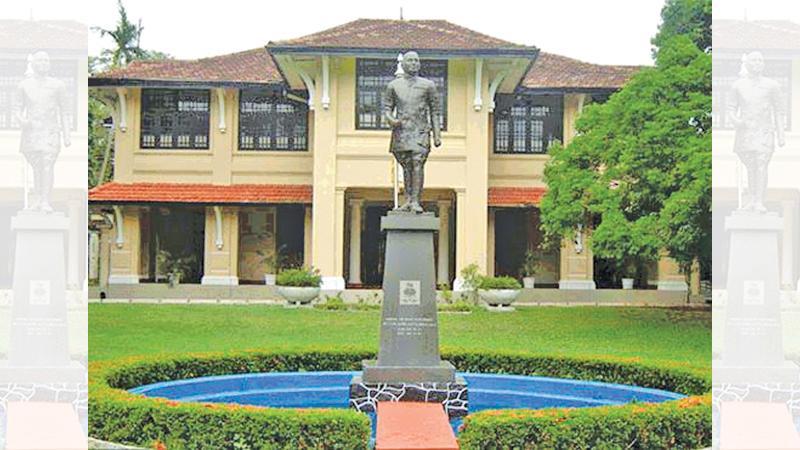 While flipping through the copious pages of the Sunday Observer of September 19, 2021, my eye was drawn to the headline, “We salute you” and began reading it as it was connected to the Kotelawala Defence Academy ( KDA) which had, at one time, played a part in my own life as well.

Although mainly a tribute to the officers of Intake 2 of the KDA on its 40th anniversary, it is also dedicated to all those who attended and have passed out from all the branches of the KDA from its inception up to now and in the future. The instructors, the administrators and other staff also receive their due appreciative mention.

It is well written and informative providing reams of information that has lain in the back – ground these many years. It is well constructed and concisely presents many details vital to the subjects, which reveal the inborn literary skills of the writer, who also belongs to this prestigious group having been a cadet at the KDA himself.

It is a meticulously researched documentation that dates back to October 11, 1980 when the KDA was formally inaugurated by President J. R. Jayewardene. The background details regarding the work that led up to this makes worthwhile reading.

Although dedicated to intake 2 of the KDA on its 40th anniversary, it is also a record of the work and achievements of all the officers produced by the KDA, past and present, and an inspiration to those who aspire to enter its portals in the future.

Much research has been undertaken in identifying the talents and achievements of the one-time cadets who subsequently reached great heights in a wide range of activities.

The reader is familiarised with these facts in great detail, which proves that the KDA has imparted extensive genuine knowledge to its students – for greater than any ‘College’ our country has produced.

In order to personally interview the people concerned the writer has travelled extensively devoting much of his time in his effort to unearth details of their work and achievements, past and present; proving that he is an excellent journalist.

As a free-lance journalist I can fully understand and appreciate the grueling work this involved. It is a daunting task that the writer had undertaken and one that only a well trained serviceman could perform satisfactorily.

There is, however, a minor discrepancy I wish to point out – the reference to “Broody” House. The correct name is “Brodie House”. This was originally the hostel for the ‘freshers’ of the University of Colombo at Thurstan Road.

I remember them well in the early 1950’s, when they could be seen walking together in a group (for protection) to the campus dressed absurdly. Like one leg of their trousers rolled up to the knee, bare footed with their shoes dangling from their shoulders, shirt worn back – to – front or inside -out and so on, inviting jeers of “Ado Fresher” from the juniors of passing vehicles.

The first commandant of the KDA was my late husband Maj. Gen. C. A. M. N. Silva more popularly known as Mike Silva who retired as the Chief-of- Staff, and passed away in February 2019 and was accorded a grand parade by the SL Army.

During the school vacations the entire family (including our pet dog) would go up there, sometimes with other friends and relatives. Then the summons came for him to take up duties at the KDA and we had to pack up hurriedly and rush down.

While recording this momentous event, as well as in other areas the writer reveals the exact number of motor vehicles, their make and colour and even their number – plate, a highly commendable achievement that deserves congratulations

As it was my husband’s policy not to mix his professional life with the domestic one, we were not aware of that side of his life. It is through this article I have become aware of it and grateful to the writer for doing so.

Our official driver at the KDA was a hefty fellow with more brawn than brains. Much to our amusement we recognised him as a Yodaya. At some historical drama that was being enacted on some specific occasion, he was cast as an Yōdayā.

The first Commandant of the KDA, however, was not destined to run the full term of his office. By this time Gen. Dennis Perera had been succeeded by Gen. “Bull” Weeratunga as Army Commander. In an unexpected move my husband was chosen to undergo undergraduate studies at the prestigious United State Army Was College, where he was for one year.

He had hardly settled down on his return when the infamous “Black July” riots erupted in 1983, and he was ordered to fly immediately to Jaffna to control the troops there who had been incensed by the killing of 13 soldiers by the LTTE.

It was a time of great tension for the families of the police and the three services who were confined to their homes with rations delivered to our door-step.

This was not new to us who had experienced the first JVP insurrection in the 1970’s .

We had been holidaying in Matara at that time had to race back to Colombo in the dead of night accompanied by an armed escort.

When my husband was suddenly taken out of the KDA to go to the US it was not left rudderless, for our friend, Lionel Mendis from the Navy guided it efficiently from then on.

At the time of his retirement my husband was the Chief – of – Staff and it was during his tenure that the first Army Seva Vanitha Unit was formed with me as Vice – President. I have continued to have contact with the Unit and help these ladies in whatever endeavour they undertake and wish them well. I am proud and happy to have been the inaugural Vice President of this admirable unit.

I wish to offer my thanks to the writer for an excellent piece of journalism. This does not surprise me as he is an Anandian. In spite of been a “Buddhist school” Ananda had regularly been awarded the best cadet trophies, especially in shooting, unfailingly carrying away the Herman Loos Challenge Cup each year. It also produced the first three major generals in the army as well as many Army Commanders.

That, definitely, is not a record that can be broken. And last but not least, the former KDA now the KDU has also yielded us the new globally popular song- Menike Mage Hithe created by a KDU graduate.