The Insidious and False Dimensions of the “Traditional Homeland” Thesis 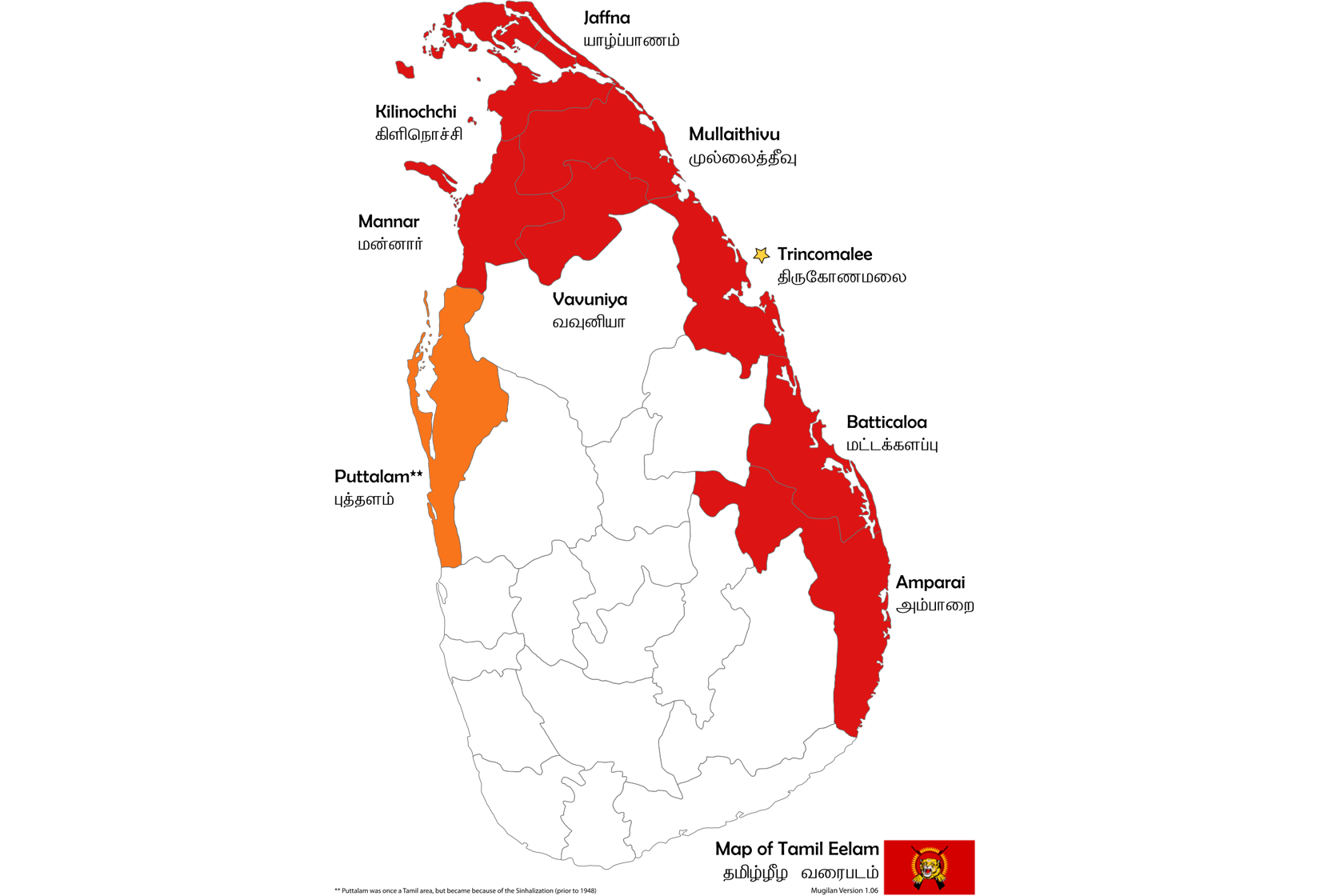 The concept of the ‘Traditional Tamil Homeland’ as promulgated by its exponents is based on the notion that, from the distant past, the island of Sri Lanka comprised the territories of two distinct nationalities that were arbitrarily unified in the formation of British Ceylon in the early 19th century.  My survey, which draws from several authoritative writings, some of which have been authored by reputed Tamil scholars, shows that such a notion does not conform to known facts and unbiased interpretations of the country’s history.

There is no doubt that, following the collapse of the Rajarata civilisation in which the Tamils constituted a vital element, there was a long drawn out process of “Tamilisation” ―both demographic and cultural― in the north and in certain localities of the eastern littoral.  However, the population pattern which prevailed at the culmination of this process in the early decades of the 20th century, considered against the backdrop of earlier trends, drives us to the conclusion that this process was scarcely felt in the interior of the eastern parts of the island which, indeed, remained throughout a ‘traditional homeland’ of the Sinhalese peasantry.  Accordingly, there is no basis whatever for the assertion that the aforesaid “Tamilised” areas correspond to the Northern and Eastern provinces as these were demarcated by the British, somewhat arbitrarily, to suit their administrative conveniences in the 19th century, and as they remain demarcated at present.

The alleged Sinhalese encroachment into the areas traditionally inhabited by Tamils through the establishment of settlement schemes in the drier parts of the country is a myth.  State sponsorship has undoubtedly been vital for the development of such schemes which were meant for the poorest of the poor ―the landless peasantry drawn from all ethnic groups. But neither in this nor in government responses to encroachment of Crown land is there any evidence of discrimination against Sri Lankan Tamils.

According to the latest population estimates (2012), slightly less than 50% of the total Tamil population of Sri Lanka inhabit the Northern and Eastern Provinces which constitute about 29% of the total area of Sri Lanka. The Tamils of the north-east thus account for only about 9% of the country’ population. In these provinces, moreover, there are large Muslim and Sinhalese populations. In the Eastern Province, in particular, Tamils constitute less than 40% of the population. In a densely peoples country like Sri Lanka where the pressure of population on land is intense, 9% of the population claiming exclusive rights over 29% of its territory is itself somewhat unfair. But to insist (as the remnants of the LTTE and the supporters of its secessionist campaign do) that the aspirations of the ‘Tamil people of Sri Lanka’ (more than fifty percent of whom live outside the Northern and Eastern provinces) will not be met unless the claimed exclusive rights over the two provinces are accorded constitutional expression in the form of provision for self-determination (which includes the right of secession), in total disregard of the legitimate rights of other inhabitants of the two provinces, could only be seen as an extremist demand that cannot be accommodated in a multi-ethnic democratic polity.

Despite the anomalies and distortions inherent to the ‘Traditional Tamil Homeland’ referred to above, even after the conclusion of the protracted secessionist war waged by the LTTE, the claims made by its exponents have continued to dominate the politics of Sri Lanka, especially in the guise of a demand for “regional autonomy” for an area covered by the Northern and Eastern Provinces. In specific terms, what is now being demanded by the more prominent Tamil political parties representing the Northern Province is a package of statutory reforms that would provide for “self rule” that would extend beyond the provisions of the ‘Thirteenth Amendment to the Constitution’ which was imposed on Sri Lanka in 1987 by the Government of India through a series of intimidatory interventions that made use of the intensely turbulent political conditions that prevailed in the island, and on the basis of a promise of ensuring the elimination of the secessionist insurrection which, ironically, the Delhi government itself had nurtured at its early stages. Needless to say, despite the fact that the Indian government failed to fulfil this pledge, even after the amazing success achieved by Sri Lanka twenty-two years later, despite the disruptive external interventions that continued to be placed against its efforts, the overtly “friendly” Government of India has not abandoned its insidious interventions which so obviously has the impact of strengthening the ‘Eelam’ campaign.

The persistent demands of the ‘Sri Lanka Tamil’ political leadership, made so obviously in disregard of the facts referred to above, have tended to focus specifically on an enhancement of powers devolved to the Provincial Councils under the infamous ‘13th Amendment’ in respect of Land (See Appendix 1 of this volume) and of Law Enforcement.

Gerald H Peiris:  “An Appraisal of the Concept of a Traditional Tamil Homeland in Sri Lanka,” paper presented at the international conference on ‘Economic Dimensions of Ethnic Conflict in Sri Lanka’, International Centre for Ethnic Studies, August 1985  …………. published in Ethnic Studies Report, IX (1): 1991: 13-39.