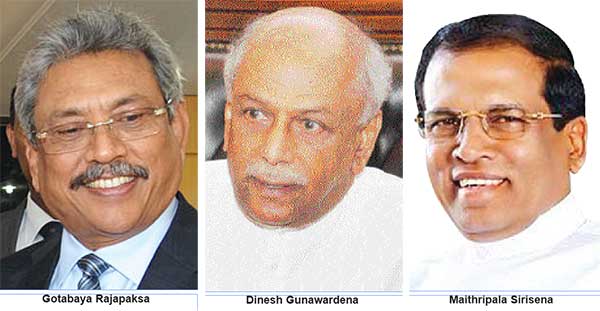 One of my favourite Archie (from the comic strip) stories has Archie Andrews trying to land a job in the summer holidays. He finds one selling subscriptions to an encyclopaedia, for which he’s promised a 10% commission. Yet selling them isn’t easy; as he fumbles from one house to another, only to be rebuffed and rejected, he grows frustrated. Finally he decides to call it a day, and in doing so offers the reader his reason for throwing it all in: “After all, 10% of zero is zero.”

Taken and modified, that pretty much sums up our recent encounter in Geneva: with 22 votes for the resolution on Sri Lanka, 11 votes against, and 14 abstentions, it was a victory for the Core Group, not so much for us. Those 11 nays shouldn’t count; paraphrasing Archie, 23% of 47 is also zero.

You can view Geneva as either of two things: a battleground of powerful states (justifiably described as “human rights imperialists”) versus the little ones, or a platform for rights, ethics, ideals, and ideas. The two are not mutually contradictory, but the tactics resorted to in each case are.

If Geneva is a battleground of “big fish eat little fish”, you don’t bother with what comes from there: you claim victory even in defeat, and call for global solidarity against the human rights imperialists. If Geneva is a platform for universal ideals, on the other hand, you do all you can to score high, winning at the table through diplomacy what you win on the battlefield through the military.

The first strategy is what this government seems to be engaged in; the second, what the government before it was. I prefer the third: engaging with ideas while calling out on the humbuggery of human rights imperialism. You don’t do that by offering your sovereignty up for sale, nor can you do that by being inconsistent in your dealings with the world. You do it by engagement, by give-and-take and tit-for-tat, by winning friends over while operating from a moral high ground.

The Gotabaya Rajapaksa government and Sirisena-Wickremesinghe government have not converged on most things, but despite their contrasting approaches to every other issue, their way of handling the Geneva vote has brought us to roughly the same outcome: a prolongation of the inevitable. In the case of co-sponsorship – what Sirisena-Wickremesinghe opted for in March 2015 – it involved doing what Dayan Jayatilleka called “a Jihadi John” on the country’s sovereignty. In the case of the ‘whataboutery’ the present administration is indulging in, it involved letting domestic convulsions get in the way of foreign policy imperatives. Contrary to what Dinesh Gunawardena may say, Geneva 2021 hence was no different to Geneva 2015, the exception being that while 2021 turned the odds against us, Geneva 2015 had the faintest trappings of a pyrrhic victory.

I remember ridiculing Mangala Samaraweera’s attempt at toying with the results of the 2018 Local Government polls to “prove” that while the SLPP won the election, the anti-Rajapaksa vote compared to the August 2015 parliamentary election had risen. This, of course, was a classic case of big oranges and small apples, and it’s only fair to invoke the metaphor when another Minister does the same thing in a different context. For Dinesh Gunawardena has called Geneva a victory: he seems to think that 14 abstentions prove the majority chose to side with us.

Forget the spurious logic and the linguistic theatrics here. The fact is that Sri Lanka has traditionally relied on the Non-Aligned – hardly irrelevant, even in this day and age – and the G77 vote. Given the Left’s support for Palestine, Sri Lanka has also depended on IOC countries. Ergo, the strategy should be, and should have been, to canvass support from these blocs.

Such a strategy, as it stands, is two-pronged: you convert the man in the middle to your side, and you prevent the man who once stood for you from going to the middle. It’s easier to convert the neutralist; not so the guy who has pitched camp against you. That is not to say you shouldn’t try to convince the guy who’s going to vote against you, but it does mean that in the no-vote guys should be on the top of your list. Two rules: negotiate with them from their world, talk to them in their terms.

I still believe Dinesh Gunawardena is the best Foreign Minister we’ve had in years, and that’s saying a lot given how a great many consider his yahapalanist predecessors to have been of better stock. (For the record, they were not.) Geneva 2021 therefore didn’t as much reveal his failings as it did the limits within which he had to work, both inside the Ministry and outside.

What we have ended up with instead is what I’d like to call a “foreign policy inversion”, where how we resolve local issues runs counter to how we interact with everyone else beyond our shores. As far as the decision of many Muslim countries to desist from voting for or against goes, this inversion has stemmed from one thing and one thing alone: the burial controversy.

I’m not talking about the months-long delay over granting permission for COVID-19 burials here; I’m talking about the dithering the government engaged in after it announced to the world that it would go back on its policy of mandatory cremations. This is unfortunate. You don’t win people over by telling them one thing and doing the opposite. Similarly, you do not let domestic convulsions and prejudices get in the way of promises made to other countries.

Yet such cardinal principles do not seem to have gone into the heads of those baying for blood over petty issues. Mahinda Rajapaksa understood it, only too well: that’s why he announced the u-turn over burials in parliament. But for the ultra-nationalists, foreign relations simply do not matter; as long as their prejudices transform into policy, the rest of the world can go where it wants. If effective foreign policy involves neither total give nor total take, hence, these guys want all take no give. That strategy has a name: zero-sum. The US engages in it, in some form. We are not the US.

Foreign policy inversion works in the short term. Not the long. The previous government committed a major blunder by relying almost totally on foreign support vis-à-vis Geneva; that did not help them at the ballot box. Ranil Wickremesinghe with the ceasefire agreement and Chandrika Kumaratunga with the P-TOMS arrangement made the same mistake; Geneva 2015 showed they hadn’t learnt the lessons of either encounter. The current government has turned the other way: by substituting the local for the global, it seems to believe that support from within can compensate for opposition from outside. That is not what helped us in 2009, and that is what helped us lose in 2021.

None of this is to say that we should measure the success of our diplomatic manoeuvring on the basis of Western benchmarks. That is why I disagree with those who take the regime to task over soliciting votes from “serious human rights violators”: Eritrea and Myanmar, to mention just two of them. Such critiques fall flat on their own logic for two reasons: one, because “serious human rights violators” are on the other side also, and two, because at the final vote, a great many of these “violators” ditched us and went to the other side. If we are to chart our foreign policy based on ideals and standards decided on and validated by the guys at the top, we’ll eventually get ourselves mired up in the duplicity those guys at the top are engaging in. One example will suffice. Brazil, a country known for “serious human rights violations”, led by a right wing militarist allied with the US, voted for the resolution and against us. Now, what does that tell us about the politics of human rights?

As things stand, there is a balance that needs to be struck, between the need to assert ourselves and the need to work and negotiate from a position of moral superiority. This balance must be kept by means of another: between the need to counter duplicity vis-à-vis outfits like the Core Group and the need to come up with a coherent strategy which converts those in the middle to our friends-in-arms. That is not going to be achieved by refusing to give anything or by expecting to get everything. On two issues the government must thus meet and defeat its critics: sharing power with the periphery constructively and pragmatically, and engaging with minorities. It is regrettable that the world expects more than we seem prepared to part with. Yet without giving anything, we risk losing everything.