The EU’s warning on WTO rules: Another perspective 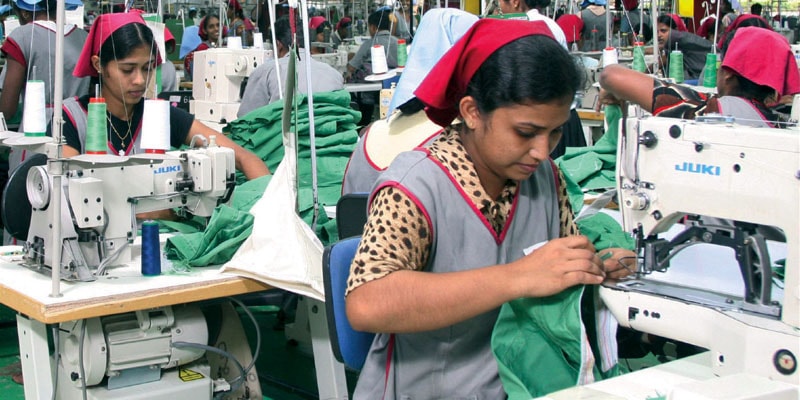 I was surprised when I read in your newspaper about the call on Sri Lanka by the EU Ambassador Denis Chaibi to respect international trade rules (“EU asks SL to respect WTO rules; urges not to put country’s exports at risk”, Daily Mirror,10 September 2021).

The EU envoy had selected well the venue to deliver the warning, a seminar organised by a Colombo-based free market think tank. After all, it is easy to preach to the converted. But then why was I Surprised?

In 2004, the Sutherland Committee, which looked into the institutional challenges to the international trading system, succinctly summarized how the EU respect the WTO rules as follows; “At the heart of the GATT was the principle of non-discrimination, characterized by the most-favoured –nation (MFN) clause… The MFN clause was regarded as the central organizing rule of the GATT, and the world trading system of rules it constituted. It required that the best tariff and non-tariff conditions extended to any contracting party of the GATT had to be automatically and unconditionally extended to every other contracting party. … nearly five decades after founding of the GATT, MFN in no longer the rule……Certainly the term might now be better be defined as LFN, Least-Favoured- Nation treatment…This is best illustrated by reference to the EU which now has its MFN tariff fully applicable to only nine trading partners, albeit including the US and Japan. All other trading partners are granted concessional market access under Article XXIV, the Enabling Clause, GSP schemes, ‘Everything but Arms’ and other relationships.”(The Future of the WTO –Published in 2004 by WTO).

The eight-member Southerland committee was chaired by the Peter Southerland, the first Director-General of the WTO and a former European Commissioner responsible for Competition Policy. Other eminent scholars in the committee included Prof. Jagdish Bagawathi and Prof John Jackson. In essence, what these eminent people underlined was how the EU had respected the most important WTO rule, the principle of non-discrimination, during the last sixty years, in utter disrespect.

“So what? Sri Lanka too receives GSP and better treatment than MFN. It is a gift given by the EU. Be careful what you say. They can take it away if they want,” the trade policy pundits in Sri Lanka’s NGO community and some of the officials in the trade and foreign ministries may say in response.

GSP is not a gift

The GSP was created by the United Nations (UNCTAD) in 1968, as a part of the international trade rules, mainly to end the EU’s discriminatory preferential arrangement which violated MFN, the most important principle of the multilateral trade law.

But since GSP too necessarily puts some countries in a better position than others and was an outright breach of the MFN, GATT Member States adopted a decision, known as the Enabling Clause giving an exception from Article I of GATT to allow developed countries to provide tariff concessions to developing countries. However, the Enabling Clause dictates that tariff concessions can be provided only in a generalized, non-reciprocal and non-discriminatory manner.

The EU GSP, launched in 1971, during its early years, provided concessions in a generalized, non-reciprocal and non-discriminatory manner, as required under the international trade law, and was available to all developing countries other than high-income developing countries.

At the same time, the EU continued with other discriminatory preferential arrangements and continued to provide better tariff concessions to the ACP countries in total disregard to the MFN and non-discrimination. The objective was very clear, to divide the developing countries, in the WTO and in UNCTAD. But the developing countries, for the sake of unity, agreed to provide a temporary waiver, for the ACP preferences.

Then, in 1990 the EU started to make a mockery of the GSP scheme as well and began to discriminate between the developing countries. First, an outrageous arrangement called ‘GSP Drug’ was introduced.

In the guise of a special incentive arrangement for countries that were in the fight against drug trafficking, GSP Drugs provided duty-free market access to the EU, for the Andean and the Central American countries only and not others. In other words, the countries, like Colombia, which cultivated and exported cannabis, coca, and the opium poppy very efficiently, were rewarded by the EU deal makers.

These concessions were not extended to those countries which combatted drug trafficking more successfully, like Thailand or India. Sri Lanka too could have cultivated and exported cannabis (perhaps coca and opium) if required. But we had successfully fought against it.

So we were not rewarded. In other words, law-abiding countries were penalized and the violators were rewarded by the EU. In 1999, two other special incentive arrangements were added, one linked to certain international labour standards (GSP labour) and the other linked to the protection of rainforests (GSP Environment).

These arrangements, according to the EU’s own reports, were little used as the “beneficiary countries have preferred not to have the content and implementation of their social legislation subjected to the rigours of scrutiny”. Then came the ‘Everything but Arms (EBA)’ which extended duty-free treatment to Least Developed Countries (LDCs).

What was given under the GSP to Sri Lanka by the EU in 1970, was nullified through other discriminatory trade arrangements and discriminatory Rules of Origin enforced by the EU. These were clear violation of the WTO principle of non-discrimination.

As a result, at the beginning of this century, Sri Lanka paid in the EU higher average tariff than any other country and this was highlighted in an Oxfam briefing paper published before Cancun WTO ministerial “…the available evidence suggests that the EU’s Common External Tariff is fundamentally anti-poor.

Here too the principle of perverse graduation applies. In Britain, tax rates on imports of goods from India are around four times higher than for the USA, rising to over eight times higher for countries such as Sri Lanka.” (Running into the Sand – Oxfam UK August 2003). So, during the beginning of this century, Sri Lanka received less than the Least-Favoured- Nation treatment, in the EU market even with the GSP!

When the EU was confronted with these facts by the Sri Lanka mission in Brussels in 2002 (with our own studies, before Southerland report and Oxfam study were released) , GSP (Labour), that little-used facility because the countries preferred not to subject the content and implementation of their social legislations to the rigours scrutiny, was presented as a way out this discriminatory treatment and Sri Lanka became the first developing country to get that facility (Moldova had earlier obtained the facility under less rigors terms).

Why EU created GSP Plus?

After the 9/11 attack in the United States, in January 2002 Pakistan was added to the list of GSP ‘drugs arrangement’ beneficiaries! No reasons were given. Perhaps, it was a reward for supporting the Taliban.

Then India challenged the legal validity of the GSP Drugs under the WTO law. India claimed the drug arrangement breached GATT Article I and could not be justified under the Enabling Clause as it distinguished in an arbitrary way between different developing countries, and therefore violated the non-discrimination requirement of the Enabling Clause.

The WTO endorsed India’s claim as the Enabling Clause did not allow for a different treatment of developing countries and hence EU violated the Most-Favoured Nation Clause. So the rules governing the GSP were very clear; No Discrimination.

As a result of the WTO decision the EU was forced to discontinue GSP Drugs. In 2005, all the beneficiaries, other than Pakistan, of the GSP Drugs, Labour and Environment arrangements (and two new applicants for GSP labour), were selected for enhanced preferences under GSP “Human Rights and Good Governance Clause” (GSP+). All they had to do was send a simple application.

Even with GSP plus, due to discriminatory rules of origin, the market access provided to Sri Lanka by the EU still remains less than what the non-discrimination rule requires. In addition to that, content and implementation of Sri Lanka’s social legislations were subjected to more rigours of scrutiny than other countries in an extremely arbitrary way and enforced in a discriminatory manner. Sri Lanka was singled out and penalized.

The Andean and the Central American countries were not subjected to such scrutiny. There are many studies (other than the reports by Sri Lanka’s (then) Director General of Commerce) on this subject.

For example, this is how Franz Christian Ebert, of Max Planck Institute for Comparative Public Law and International Law in Heidelberg, who has written extensively on these issues, explains these double standards: “A striking example for this inconsistency is the case of Colombia with regard to which ILO supervisory bodies have been criticizing the permanent state of insecurity and impunity that gave rise to numerous politically motivated murders and other acts of violence against trade union members and leaders….Besides, also a number of elements of the Colombian labour legislation are in conflict with ILO Convention No. 87.

While the Colombian government has made certain progress in terms of remedying the situation, it is clear from the ILO Committee of Experts that the situation in Colombia cannot yet be considered in line with the ILO Conventions.

Similar problems exist with regard to Guatemala where the ILO supervisory bodies pointed to the permanent climate of violence and impunity coupled with inefficiency of the judiciary, and requested the government to ‘take the necessary measures to guarantee full respect for the human rights of trade unionists’ under ILO Convention No 87. Serious problems in this regard can also be identified in the case of Georgia” (“Between Political Goodwill and WTO-Law: Human Rights Conditionality in the Community’s New Scheme of Generalised Tariff Preferences (GSP)” Franz Christian Ebert.2009).

It is clear from the above, in selecting and removing beneficiary countries from the GSP Plus arrangement the EU distinguished in an arbitrary way between different developing countries, and therefore violated the non-discrimination requirement of the Enabling Clause. This certainly applied to Sri Lanka when the GSP Plus concessions were withdrawn.

Notwithstanding the EU’s total disrespect to most important WTO rules and the international rules governing the GSP, Ambassador Denis Chaibi had warned Sri Lanka about violating the WTO rules. Why? Because Sri Lanka had temporally suspended the import of very few products, mainly motor vehicles, to save foreign exchange during this difficult period. So no more shiny new BMWs and Mercedes cars imported from the EU.

However, once Ambassador Chaibi and other EU ambassadors along with our free- market think tanks, luxury products importers and fellow travellers, start their campaign with the help of some of our officials, other countries would join in at the WTO to censure us.

(The writer is a former chairman of the WTO Committee on Trade and Development. From August 2001 to December 2003 he was the Minister (Commercial) at the Mission of Sri Lanka to European Communities in Brussels. He can be reached at senadhiragomi@gmail.com)