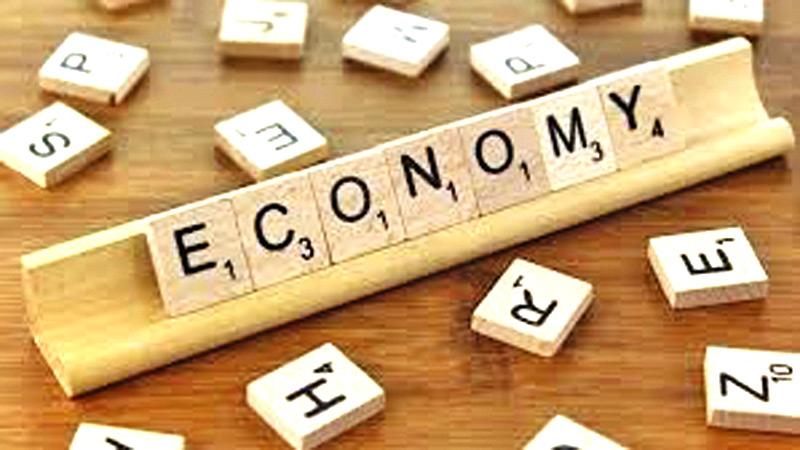 If there is an economy worth talking about, there is no need to crow about it from the ramparts. That was the problem with the previous regime. It’s self appointed economy czar, Harsha de Silva made copious notes and gave everybody a pre election lecture about how well the economy was fairing under the UNP.

Really, the problem is that he doesn’t have an ounce of intuition. He didn’t realise that the people would intuit that the more he talked about the economy, the more everybody would see through it that Harsha is bloviating, because people are not convinced about the health of the economy from their day to day experience. If the economy is performing, or at least if it is improving, where is the need to scream from rooftops at the people with, ‘hey look here folks, you guys are experiencing a great economy — be happy from today, people.’

But, voters know enough to understand that Harsha de Silva was doing his number with graphs because he knew only too well that people are feeling the economy tanking. He knew they feel it crumbling and crashing around them as they get about their daily grind. So he was trying to make believe.

It doesn’t work that way. If the economy is improving, people would feel it in their gut. At least, they would definitely have a sense of it from the bulge in their wallets, or the strength of their own kitchen economy, if nothing else.

By contrast, people would not have to be told that their cost of living burden is improving as the parliamentary election approaches in 2020. There was some attempt to make a noise about the rising price of vegetables earlier this year. Now, it’s known that it was a temporary phenomenon due to massive rains that fell last year.

Besides that, the people were eased of the tax burden after the present government took office. PAYE taxes were removed. Telecom levies were drastically reduced. VAT was effectively pruned down.

The cumulative effect of these reductions would have a tangible effect as the people get about their daily lives. So there is no need of an SLPP version of Harsha with his graphs, not to mention his gaffes.

Let the people decide. They will know that the current UNP attacks on vegetable prices so-called are a poor substitute for the work that Harsha and Co couldn’t do in getting the economy moving during their tenure.

People these days make up their own minds without labels, without the input of political propagandists and party pundits who used to define for them the shape and nature of all types of political movements. This makes sense because as in Sri Lanka, in the rest of the world, the old convenient pigeonholing is meaningless in the face of new realities.

Take the labelling of left and right, and progressive and liberal and conservative, and what have you. The labels left and right have largely been rendered meaningless, even as the pundits insist on pigeonholing political movements into those categories.

Take this government. There will be pundits who insist on telling us that this is not a liberal dispensation, whereas the UNP was liberal.

But the previous government was very old school, so to say, which is the very antithesis of being liberal.The people are quick to cotton on to these trends, and they did. The UNP inveighed against nepotism, but seemed to solve everything on the basis of the old school tie.

Appointments from ambassador posts to key chairmanships were resolved using the path of least resistance so to speak. The closest school friend was tapped for the juiciest possible available government post. What was so liberal about that, except that the guardians of the public trust were quite liberal doling out everything that belonged to the people?

It’s the same type of tendency all over the world, that’s repeated in varying fashion, and the people are now by and large wise to the fact that labels are meaningless, and that they have to keep their ears to the ground, and discern exactly who is doing what, if they are to elect effective leadership.

Besides, the UNP seems to have confused liberal with neo liberal. Their policies were more of the latter variety, and of course readers are perfectly entitled to say that neo liberal is a label as well.

But I think the discerning reader will get the idea. If neo liberal policies are passed off as liberal policies, people will feel the squeeze in their gut, never mind that I’m mixing metaphors here …

The UNP was committing the same mistake that Sirimavo Bandaranaike did in the 70s, which was to heap taxes and or other economic burdens on the people while mouthing some economic mantra about how good it is all going to be, because it was by far the correct policy.

This was exactly the UNP’s functional mode the last five years. Mangala Samaraweera still says that it’s his economic principles — his and the UNP’s — that are guaranteed to deliver results. It’s a free country and that gentleman is absolutely entitled to his own delusions.

In the USA, the Democrats are hardly recognisable as leftists anymore, except for one wing of the party that is being castigated as too radically out on limb.

In the United Kingdom, the Prime Minister has gained his way on to some working class credentials by backing the Brexit project with fervor. Workers who were pro Brexit, whether they were mistaken or otherwise in thinking that Brexit was good for them, decided that Boris Johnson, a true blue capitalist roader, is their man. Meanwhile, a true radical leftist, Jeremy Corbyn loses.

Need there be any more evidence that the old categories have lost meaning altogether?

In Sri Lanka, it’s a different story. Left wing and right wing categories disappeared a long time back, as other writers too have observed in various opinion pieces. This Government has been very liberal in its attitude towards student protests for instance, with the President inviting radical student leaders to cakes and tea at his office.

Liberal credentials cannot be claimed exclusively by the UNP any more.

In the absence of labels or to put it more accurately, in the context of the inability among the pundits to attach labels to the new Rajapaksa administration, some commentators are struggling to find appropriate categories that could possibly stick. If they can’t find any they may try to invent some. Maybe they should give it a rest. Labels are a nuisance these days, and perhaps, they have always been. But particularly in this day and age, labelling and pigeonholing is a futile exercise it seems, and so, I’d venture that there is no need to academically define the Gotabaya administration which is acquiring a reputation as work oriented.

It’s no secret that Gotabaya Rajapaksa ran for office, and was endorsed by the people as ‘veda karana miniha.’ (Man who works.) That reputation preceded him as President, and in the first few months of his presidency he has predictably made work his credo.

When history is written about his presidency years from now, they will not say he was a progressive centrist or a conservative nationalist or some meaningless thing of that sort.

They will simply say that his was a working presidency. That’s how useful leaders have been remembered incidentally, and Lee Kwan Yew for instance is seldom if ever referred to as right wing or pro this or that. They simply say he delivered, and that’s that.

Some would caution me about assessing the present saying, it is too early to tell, and again, they are perfectly entitled to their opinions.

But predictions notwithstanding, some things are obvious. The UNP had a disastrous economic performance, and people were sick to the back teeth with their Government not doing anything about their economic burden.

The Gotabaya Rajapaksa Government came in and reversed that trend, with a rational taxation policy backed up with other measures. The UNP had their chance, and blew it.

If the UNP now unleashes Harsha style attacks on the Government on the economy before the 2020 elections, it will be hilarious. The more the attacks on the economy, the worse it would look for the UNP after their disastrous showing when in power — but I have this feeling they are not going to quit trying anyway …