THE CATHOLIC CHURCH and the LTTE 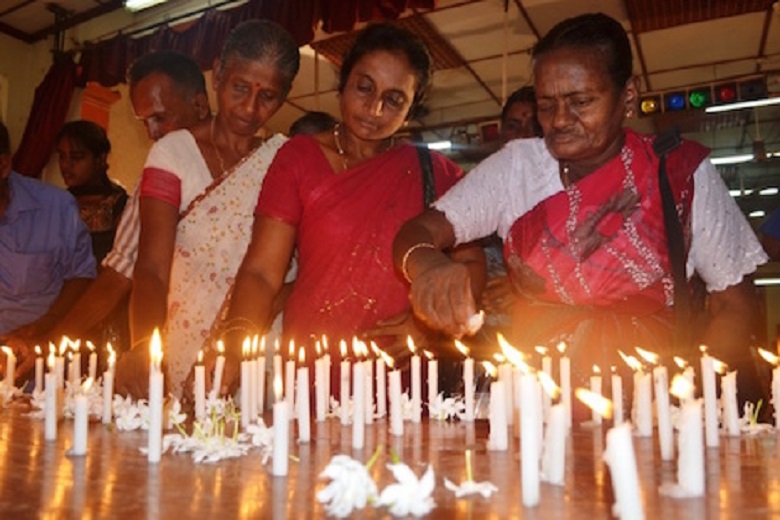 Fourteen percent of the Tamil population in the North is Christian. The Tamils who entered the Catholic priesthood were almost exclusively from the upper (Vellala) caste, but the preponderance of their parishioners was from lower castes.

It was lower caste villagers who suffered the brunt of government military operations, sometimes after being set up as targets for retribution by LTTE attacks on government troops. Since many of their pastoral flock were from those same vulnerable communities, it is not surprising that Tamil priests sympathized with them and defended their interests. This natural empathy was reinforced by the longstanding currency within Sri Lankan Catholic circles of so-called “Liberation Theology.” This line of unsanctioned doctrine emerged in South America in the 1970s as a response to poverty and the marginalizing of underprivileged segments of society. It taught that priests should take an active role in fighting social injustice. In Sri Lanka Tamil acolytes of liberation theology became advocates of an independent Tamil homeland.

But Tamil priests went further in the Roman Catholic dioceses of Jaffna, Mannar and Trincomalee-Batticaloa, turning their churches into de facto support bases for the LTTE. They contributed significantly to the respectability of the LTTE by claiming that the Tigers represented the Tamil people and blessing their “freedom struggle”.

A very influential Indian diplomat – J.N. Dixit – who served in Colombo from 1985 through 1989 wrote that “what was fascinating was that the Tamil Catholic clergy kept arguing in favour of the LTTE throughout my tenure in Sri Lanka.” These priests, he said, were committed to the ideal of Eelam and regarded the LTTE as a crusader for freedom despite the overwhelming evidence of crimes committed by them in pursuit of that aim.

A British journalist visiting Jaffna in 1995 interviewed Father S.J. Emmanuel, the Vicar General of Jaffna at the time. The writer was surprised to find that “the Tamil Tigers’ cult of martyrdom received sanction from many Anglican and Catholic priests and Hindu pundits. Even the Tigers’ suicide-killings are theologically acceptable, Father Emmanuel insists. ‘But for us, these boys and girls aren’t suicides, their martyrs. They are giving up their lives for a higher cause, the way Jesus Christ did’”

In 2001, a respected Tamil academic and investigator for the Jaffna-based University Teachers for Human Rights wrote that “in the LTTE-controlled area in the North, Catholic priests, such as Father S.J. Emmanuel and Father Karunaratnam, became closely associated with the LTTE . . . in the context of what they saw as the genocide of the Tamil nation. In the Tamil liberation theology, Prabhakaran was seen as a savior figure.”

An American Jesuit priest – Father Miller – disclosed to U.S. Embassy officers in Colombo that the orphanages where the LTTE recruited its child soldiers were run by churches.

Roman Catholic activists did not limit their pro-Eelam activities to the island or end them when the LTTE was defeated. For decades, influential Tamil priests serving Tamil Catholic congregations abroad expressed strong sympathies toward the LTTE. Christian clergy have been in the forefront of many pro-LTTE protests and demonstrations around the world.

Father S.J. Emmanuel, Jaffna Vicar General, departed Sri Lanka in 1996 to become one of the most prominent Diaspora activists and spokesmen for the LTTE. He established the Global Tamil Forum, which maintained contacts with foreign affairs officials in Western governments, calling for an international investigation of the GSL for “war crimes and genocide.” Emmanuel continues these efforts from his home in Germany. A prominent Catholic priest in the North and Bishop of Mannar, Fr. Rayappu Joseph, (deceased last year) was associated with “Eelam House” in London, which functioned as the Embassy of Tamil Eelam. Joseph also permitted the LTTE’s “Voice of Tigers” radio station to open a coordinating office in 1999 inside St. Sebastian’s Church at Mallavi, in the Wanni, to facilitate the broadening of its international connections. The VOT accordingly established collaboration with the popular world-wide Catholic broadcasting station, Radio Veritas, which is run by the Asian Catholic Bishops Conference based in the Philippines. The Tamil service of Radio Veritas was managed by Tamil Catholics in Tamil Nadu, India. Bishop Joseph also allowed the LTTE to use the Madhu Church, which is sacred to both Tamil and Sinhalese Catholics as a pilgrimage destination.

So this then is how the ‘Northern Catholic Church’ associated with LTTE’s separatist struggle for decades, and even now advocating to get the West to open global investigations against Sri Lanka on War Crimes and Human Rights abuses.