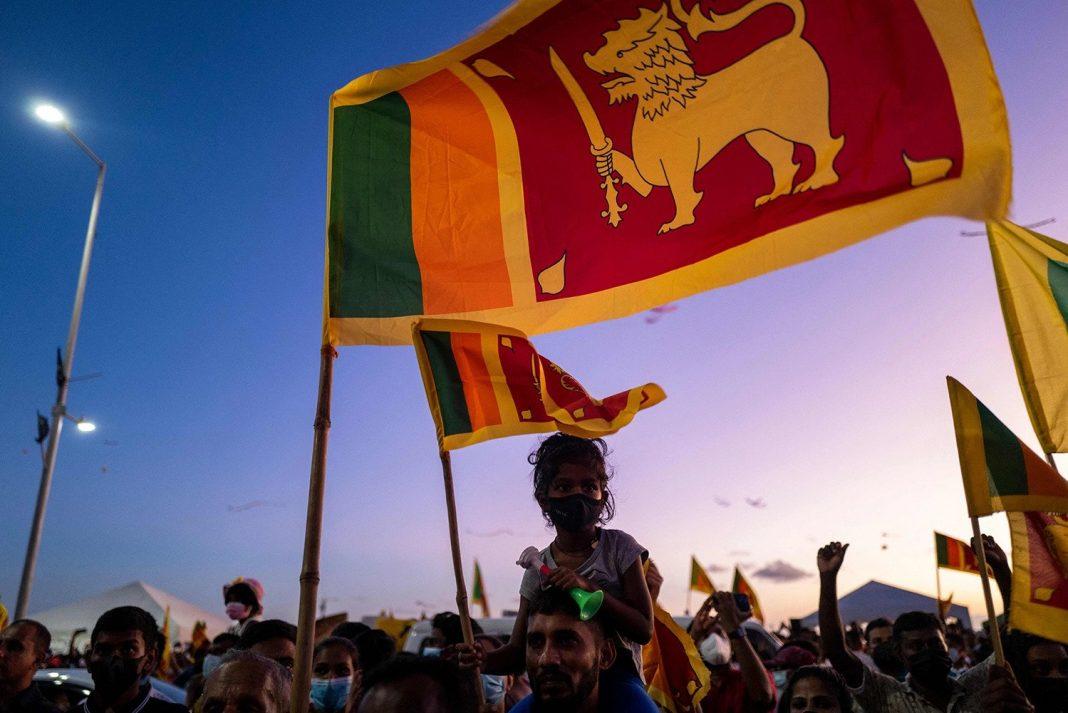 It was expected and yet shocking. Expected, because that’s what history has taught us: those in power, having enjoyed all the luxuries that come with power, and especially through abuse of office, are lulled into believing that power is permanent, and therefore rudely shocked when they realise otherwise, seldom exit peacefully. They fight back, typically. They did.

Here are some interesting facts to keep in mind. The attack on the agitators at Galle Face (the ‘aragalists’) was carried out not by the Police or the Army; those arms of the state were adjuncts or bystanders. It was a blatant act of thuggery orchestrated by key members of the ruling party. Whether the Prime Minister, who is reported to be in ill health, had a part in it is yet to be established. Regardless, the Prime Minister was complicit; the goons were clearly invited. Nevertheless, the goons were clearly invited to Temple Trees and it is from there that they proceeded to unleash violence on citizens, mostly young men and women, who had for an entire month expressed their political views/demands peacefully.

If someone came to my house and then proceeded to leave it only to beat up people who had gathered to protest my conduct and that of my immediate family, any law enforcement entity inquiring into the attack would, among other things, question me. Indeed, in all likelihood I would be arrested and questioned while in detention. Didn’t happen in this case.

The perpetrators weren’t stopped by the Police. They were dealt street justice, so to speak. Those who mobilised them and deployed them remain untouched by the law. It reminded me of a popular poster-line in the late eighties: paalakayini, thopi thopema neethiya kada karanne nam, apa eyata avanatha vanne kumakatada? (Rulers, if you break your own laws, why should we submit to it?).

I disagree, though, about whether our ends justifies our means. Self-defence is justified. If the perpetrators are around, chasing them is also understandable. In a situation where the law and law enforcement are absent, where a citizens’ arrest makes no sense simply because there’s no place and no one to hand over the miscreant, rage quickly transforms into a delivery of justice. Understandable. Angry mobs seeking out those who sent the goons in the first place is also understandable. However, the absence of the law  does not give license to untramelled hooliganism, vandalism, theft, arson, and murder. Sadly that’s what happened on Monday.  Anyone and everything associated with ‘the enemy’ were taken as legitimate targets. Reminds one of the proxy arrests of 88-89.

If ‘Rajapaksavaadaya’ (‘Rajapaksism’) was what was being objected to, and if this was about abuse of power, theft, thuggery, and murder (as has been claimed), indulging in the very same acts albeit on a smaller scale, essentially turns the objector into a Rajapaksavaadiyaa (Rajapaksist). There were aragalists who immediately called for blood. Many who advocated for violence on social media have come to their senses and are today calling for restraint. They’ve removed posts and stories, but the trace still exists in the following form: ‘this content is not available.’

The thugs and their masters clearly underestimated things. They may have believed that ‘Galle Face’ was where the problem exists and if removed, all would be fine. However, the response to the mob attack clearly indicates that Galle Face is an expression of widespread discontent. It is a movement, it is not containable or erased with an attack on the physical structures that housed the people.

There are many serious dangers if things are allowed to spiral out of control. First and foremost, it gives those who have the keys to the coercive state apparatus  license to unleash further violence. After some time, who fired the first shot is only of academic interest. Remember 88-89? Anarchy results. Bloodbath is what is likely to happen. As serious is the possibility of conditions being created for external powers to intervene. Remember the way the USA has moved in on so many occasions to ‘restore democracy’? They essentially took control of resources, established puppet regimes and turned populations into (glorified) slaves. Let’s not forget that India is the proxy of the USA in the region. Sinophobia is what drives the USA, Japan, Australia, and India (the ‘Quad’). The EU openly and unabashedly wants Sri Lanka to sever ties with China so that the US-led policy on the Indo-Pacific region can proceed without any hiccups.

In the midst of all this, we have a serious political crisis. The Bar Association of Sri Lanka (BASL) has come up with some proposals which are not bad if they constitute nothing more than a discussion paper. However, the BASL has arrogated upon itself the role of Economic Expert, advocating acceptance of the IMF doctrine and thereby endorsing the neoliberal model that has turned us into easy prey for the import mafia, and compromised energy and food sovereignty. The BASL wants the 20th Amendment repealed and the 19th restored, never mind the fact that the latter was a weak document and one that was driven by narrow political interests. In the name of clipping presidential powers, the 19th set up a Constitutional Council whose composition ensured that the interests of the ruling party would prevail in all ‘independent’ institutions.

Neither has the BASL said anything of the need to define ‘national government’ as per the 19th Amendment. The BASL has called for the abolishing of the executive presidency, but saying nothing of what this could do, considering the provisions of the 13th Amendment. It’s almost as if M.A. Sumanthiran (who famously said ‘it’s ok not to use the word federalism if we get federalism in effect’) has drafted the BASL proposals.

And, in the midst of all this, we’ve forgotten that the political crisis was precipitated by an economic debacle for which few have any mitigating proposals, not for the immediate, not in relation to the long term.

And yet, we don’t have to retire hope. The aragalists rebuilt. It’s not a ‘gama’ that they are building. It’s a country they are forging. What we are seeing is a prototype. It’s a blueprint for a tomorrow that’s very different from yesterday and today. They are cartographers who have the potential to re-map the entire country, taking into account all the contours of class, caste, religion, and other identifiers, and finding the unifying threads between all of those

They’ve shown courage, creativity, leadership and organisational skills that are clearly exceptional. They got two cabinets to resign. They got a prime minister to resign. All this without throwing a single stone. They were able to do this because the people by and large, got out of their way and let them lead, and also stood with them. They proved they can re-imagine Sri Lanka. They have the ability to change things. They can see through and sideline all those groups peddling outdated theories and pernicious designs even as they tolerate such racketeers. They are not a political party but as a pressure group their role is particularly significant. They have, most importantly, the will and ability to contain the potency of their energies to degrees beyond which things could become uncontrollable and disastrous.

For a month, apart from the tragedy in Rambukkana and a few occasions when teargas was used, the aragalists were allowed to do their thing. What would JRJ, Premadasa, Chandrika or Mahinda have done is a question that needs to be asked. So there’s some credit that should go to the President.  Nevertheless, it is clear now that the President has not been able to unshackle himself from family and party. What happened on Monday, one could argue, was not only about the political survival of the perpetrators, but a clear attempt to sideline the President altogether.

For now, there’s sanity. The thugs are silent. The over-enthusiastic and pernicious sections of the aragalaya have been contained. We cannot predict what tomorrow will bring, but if we are to see a different and more beautiful Sri Lanka, it will largely depend on how the aragalaya keeps transforming itself and the extent to which those with political power can dialogue with the aragalists, one way or another.